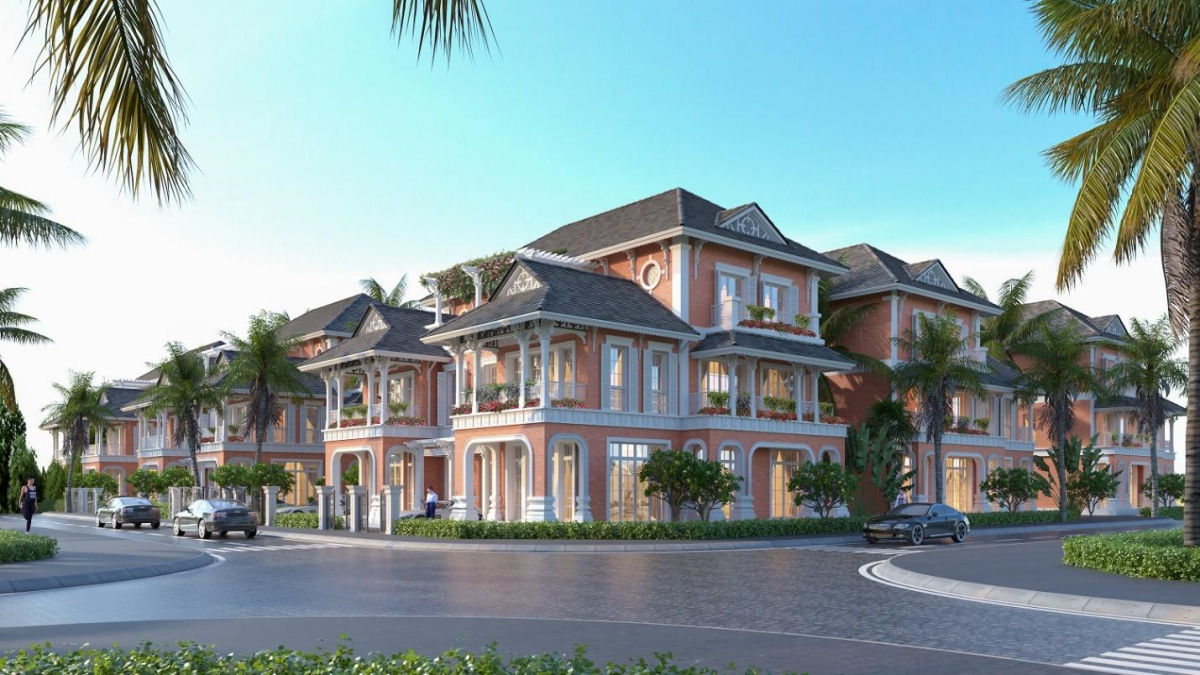 Located in Nam Hoa Xuan urban area, Ngu Hanh Son district, Da Nang city, Sunneva Island is an isolated island town located on Dong No island, surrounded by rivers. On a scale of 26 hectares, the project has a construction density of only about 20%, including single-family villas, duplexes and town-houses with an architectural style that blends two Indochinese and modern styles. Champa. According to the investor, the team of architects designed villas and townhouses with slender lines, bright colors, using traditional luxurious materials but still close, suitable for Da Nang’s climate.

The project is heavily invested in infrastructure, landscape and utilities. Right on the island, there will be a central park, club house, swimming pool, lookout tower… Just crossing a bridge, Sunneva Island residents can experience Co Co riverside park with a scale of up to 50ha with 6 theme parks. Right along the river is expected to have a marina – a place to welcome and anchor the super yachts of residents and visitors.

In addition to the utility system, Sunneva Island also owns a prime location, with feng shui meaning when it is located in a place surrounded by rivers, mountains and sea. The project is located on 3 flows including Han river, Do Toa river, Co Co river, looking towards Ngu Hanh Son mountain, near My Khe beach, Son Thuy beach.

Isolated, private but not separate because from Sunneva Island, it is easy to move to the city center, international airport as well as other tourist destinations in Da Nang and Quang Nam thanks to a network of bridges connecting the river. methodical investment, modern transport infrastructure. Sunneva Island owns a prime position when adjacent to the river tourism route in the plan to open the Co Co River, located in the triangle connecting 3 famous points on the Central heritage road, which is the ancient capital of Hue – the ancient town of Hoi An. – My Son Sanctuary.

Sun Property expects not only to add a piece of the upstream riverside urban complex, but also to create a new highlight in urban development, helping the city to attract more and more international experts, successful businessmen, professional staff. High quality to settle down, work for a long time.

Ms. Nguyen Ngoc Thuy Linh – General Director of Sun Property said that with the mission of creating livable spaces in the heart of a livable city, the company devotes a lot of enthusiasm to urban investment in Sunneva Island, pioneering high quality living. new to Da Nang.

“With projects located in prime locations, well-invested in utility infrastructure, the southeast area of ​​the city will soon form an elite and civilized community,” said Linh. .

Sun Property has implemented a series of urban projects across 3 regions such as the tropical resort urban area Sun Tropical Village in Phu Quoc. And in Quang Ninh is the Sun Grand City Feria project next to Ha Long Bay, bringing a resort life to residents. Or Miami Sun Riverside Village eco-resort urban area is located at the intersection of 3 flows in Sam Son, Thanh Hoa…

Positioned as the leading luxury real estate developer associated with tourism and resorts in Vietnam, Sun Property is expected by investors to create outstanding urban areas, contributing to making Da Nang worthy of the city’s title. worth living on an international level.