Strangely, the lake boils all year round but remains cool in Vinh Long 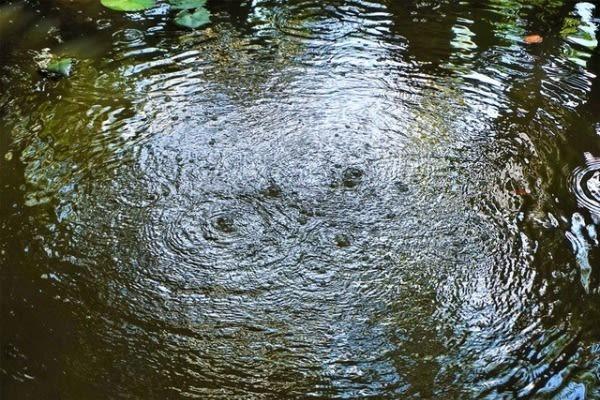 For decades, the lake of Mrs. Le Thuy Nghia in Vinh Long has been boiling around the clock. The landlord revealed, with “human steam”, the more powerful the boiling water, although the water is boiling, there are still living animals in the lake.

The lake is located in the orchard of the family of Mrs. Le Thuy Nghia living in Hamlet 1, Hoa Thanh Commune, Tam Binh District, Vinh Long. The area of ​​the lake is 1.5 meters deep and 4.5 meters wide. In the middle of the lake, there are 3 hearts of boiling water, surrounded by many small bubbles.

The owner of the lake said that this lake has more than a hundred years of water, left behind from rot. There are many ponds around her house, but only in this place, the water boils strangely like this.

In particular, when the water level of the lake rises, the hearts of the water boil very strongly, even splashing out. But strangely enough, even though the water boils like that, the water temperature is normal, no different from ponds, lakes other than fish or other types of plants that grow in this environment.

Watch Video: Strangely, the lake is boiling year round but still cool in Vinh Long

“There are also fish, snails or plants living below. But this lake is very strange, it feels like the feeling of people, the more voices or people come to see, the stronger the water in the lake. There are many people who see. The boiling water did not dare to touch my hands because I was afraid of burns, but when I saw I wash my hands to prove the water was very cool, they did the same “.

Ms. Nghia said that although the lake boils all year round, all creatures still live in it normally.

The natural boiling lake makes many people curious, around 7.8 years ago, the lake of Mrs. Nghia emerged as a phenomenon, every day there were many people coming to see it. Many people did not believe their eyes because for the first time there was a lake that did not need to be boiled and still boiled like that.

According to Ms. Nghia, many years ago, some scientists brought machinery and equipment to explore and thought that it was due to the phenomenon of methane gas release from the ground, because many other locations in Hoa Thanh commune also occurred. this statue.

However, only in this lake is the strongest boiling point. Because of this strange thing, every year, many people do not manage to go as far as her home to get an eye on this mysterious lake story.