Stature of the age of 40 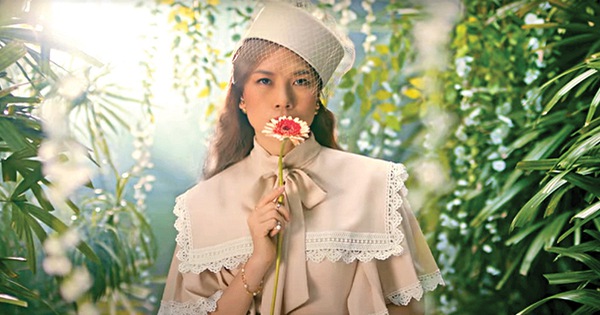 first Not bothering to release the product on a weekend like many other people do, My Tam suddenly released “True to false” on a day hovering in the middle of the week.

While the stars of the same age are no longer able to compete in terms of attractiveness with emerging names, My Tam is still on the popular tab, still causing fever on social networks: My Tam changed 15 clothes, America Tam uses expensive brand name items, My Tam wears her hair like a Korean idol.

People talk a lot about My Tam’s new MV but it’s all just fashion or hair, which seems to be all that can be said about that MV.

The ballad composed by Khac Hung is suitable for the market, the music is just right, the lyrics are quite clever enough to quote on social networks and make photos. But if it is sung by another singer, like Bao Anh or Bich Phuong, people will have a table. But this is My Tam.

Saying My Tam has nothing to prove anymore and she’s just doing what she likes, that’s one way. But on the other hand, when My Tam has nothing to prove, when there is no more pressure to overcome some superficial performance figures, the audience also has the right to expect her to give up the pure entertainment stage. young people to do something that only an artist with the intellect and season of 40 can can do it.

That is not necessarily a lifetime. But one thing really deserves the stature of a big star. Let’s look at the other side of the world, the female stars also born in 1981, who have passed their 39th birthday and are living in their early 40s, what do they do?

2 Beyoncé is still gorgeous and luxurious in the visual album Black is king. She changed into 69 suits in 85 minutes, but it was not a flamboyant luxury, but a luxury that only represents the ultimate pride in Africa’s dazzling rich history and origins.

Among the songs, Beyoncé leads the story line with the wise words: “History is your future.

One day you will meet yourself where you started, but you are stronger. ”And at the age of 40, she stood at sea like a goddess and sang:“ We are part of a bigger entity “.

Meanwhile, Alicia Keys released an album with a very simple title: Alicia. Without fancy names like The element of freedom, Girl on fire. The flowers are for youth, and the album is just her name, as a return.

Alicia is not really a key album of Keys, but in which her soul shines warmly, full of sympathy towards ordinary and vulnerable people in society, full of alertness before the waves of society rushing around. I am, and most of all, rational but also full of love.

At the age of 40, Alicia Keys showed that showbiz’s reputation was not only a meaningless flashiness to be put on, but it was also a loudspeaker to turn up the messages she conveyed.

3 If an artist is lucky enough to still be famous at the age of 40, that means they have nearly 20 years of work, 20 years at the top of glory.

And aren’t they just using music to entertain the audience, when they have the ability to lead the audience’s vision with music?