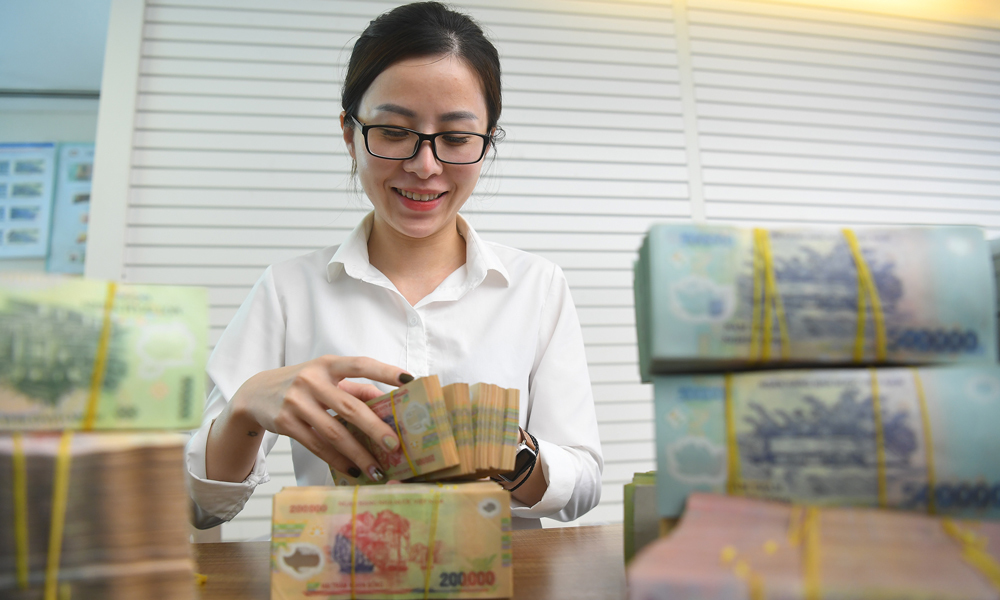 The new decree will create conditions for Vietcombank, Vietinbank, and BIDV to retain profits or share dividends in shares to increase charter capital.

The Government has just issued Decree 121 amending and supplementing Decree 91 on state capital investment in enterprises and the management and use of capital and assets in enterprises.

Accordingly, the Government added commercial banks with state capital over 50% to the list of enterprises whose capital continued to be invested by the State to maintain the proportion of shares and contributed capital.

This means that banks with state capital can keep profits or pay dividends in shares, instead of having to pay cash dividends to pay the budget as many years ago.

This is the regulation that the leaders of state-owned banks such as Vietinbank, Vietcombank or BIDV expect to have a legal basis to increase charter capital by paying stock dividends or withholding profits.

Mr. Le Duc Tho, Chairman of Vietinbank once shared, the bank hopes that Decree 91 and Decree 32 will be soon amended to quickly implement the plan to increase charter capital which is very urgent.

The leader of Vietinbank also said that the bank intends to retain all 2019 profits after setting up the funds, not paying dividends or paying stock dividends. State agencies have agreed to allow this bank to retain profits in 2017 and 2018 or to pay stock dividends to increase capital.

From mid-June 2020, the National Assembly agreed to allow the bank with 100% state-owned capital Agribank to retain a maximum of 3,500 billion dong of profit to pay to the budget to supplement its charter capital. Accordingly, the National Assembly supplemented the 2020 state budget expenditure estimate to increase the charter capital for Agribank from the source of increasing revenue, saving and spending the central budget in 2019.