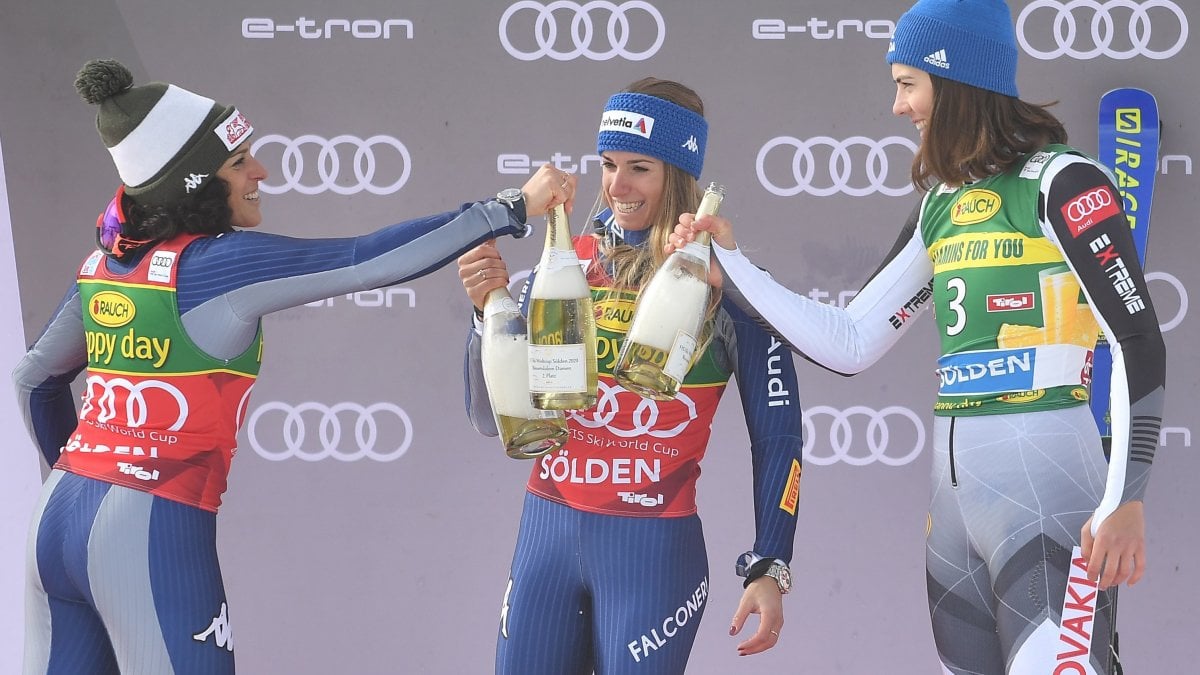 SOELDEN (Austria) – The ski is immediately blue: at the first race of the year, the sisters of Italy double. Marta Bassino wins (in 2’19”69) the opening giant of the season in Soelden and behind her, just 14 cents, the holder of the general world cup, Federica Brignone. For the Piedmontese from Borgo San Dalmazzo, 24, it is the second success in her career after last year between wide doors in Killington and 12th podium. “I tried to ski as naturally as in training and that’s why I’m proud of myself.”

It was said that he was in shape on the eve, but that Marta showed him on the track at the onset of winter, was less obvious: instead, once the gate is opened, he descends lightly with his feet around the poles and beyond the fog that settles in the morning. thickens on the initial curves of the Rattenbach glacier. Closes the first heat in the lead, with 58 hundredths of advantage over the teammate called to defend, as well as the specialty cup, the expectations.

Brignone shortens the distance in the second descent, but fails to grab the summit. For the Milanese, 30, it is the podium number 40 in her career. Third one of the favorites in the discipline, the Slovak Petra Vlhova who, after a subdued first heat (10a), straightens the day with an excellent second heat which, however, does not allow her to go beyond + 1 ” 13 from the top. Less brilliant than expected, even the French Tessa Worley only ninth and the Australian prodigy, the 18 year old Alice Robinson, winner last year, who after a serious mistake in the final phase closes 12th. Missing last minute due to a back injury is the American Mikaela Shiffrin, who has been out of the circuit since the middle of last year after the death of her father.

In top ten, with an excellent 6th place (at + 2 ” 47), the Olympic downhill champion, Sofia Goggia, who returned to the race after a long stop after the rupture of the radius of her left arm that ousted her from circuit last February. “It’s nice to start, yesterday I felt a bit tense, because I hadn’t competed since February, but today as soon as I omitted the sticks out of the gate I said to myself but what did I miss, there is no reason to doubt! What a joy, for this position I would have signed, I know I have a great margin but that I have to work hard. The team result is beautiful, I’m excited. ” You are not alone.