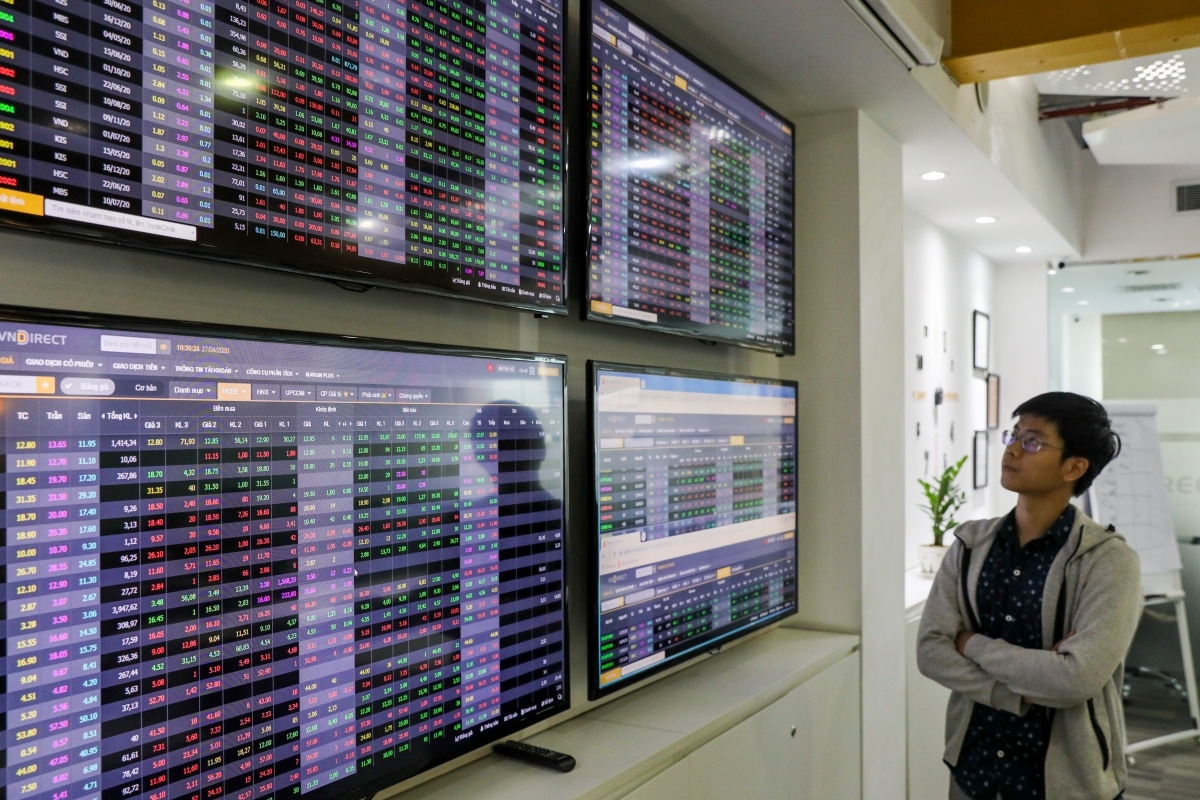 VN-Index for the second session kept above 940 points thanks to the pull of the blue-chips, while the red color dominated the rest of the market.

The market opened today (October 15) – the maturity date of the VN30 futures contract, in a volatile state. VN-Index surpassed 945 points after ATO, followed by a strong increase yesterday, but only kept a high point for a few minutes. The HoSE representative index dropped to near reference and moved sideways until the end of the morning session.

In the afternoon session, the script did not change much. The VN-Index quickly rebounded when the market opened but only held until the middle of the session, before dropping to near reference. It was not until ATC that the market bounced back thanks to a reversal phase of some large-cap codes.

Similar to recent sessions, the main force for the market continues to be the large-cap group. Meanwhile, the rest are complicated. The state of “green shell, red heart” happened when the red overwhelmed the HoSE with 223 decliners, while the up side had 184 stocks. In the VN30 group, the situation was somewhat in contrast when the green color dominated at a ratio of 19: 8.

Topping the blue-chip group’s gain was PNJ with a margin of 3.3%, followed by STB with 2.6% increase, HPG up 2.5% after sudden profit news. Vingroup’s VIC shares also rebounded strongly at the end of the session, up 2.6% to 97,500 dong, while the lowest price of this code session was only 91,000 dong.

Liquidity on the two listed exchanges reached nearly 10,500 billion dong, of which the HoSE alone traded more than 9,400 billion dong. The scale was somewhat lower than yesterday because there was no sudden change in the put-through market, but considering the matching value on the floor alone, the cash flow continued increasing.