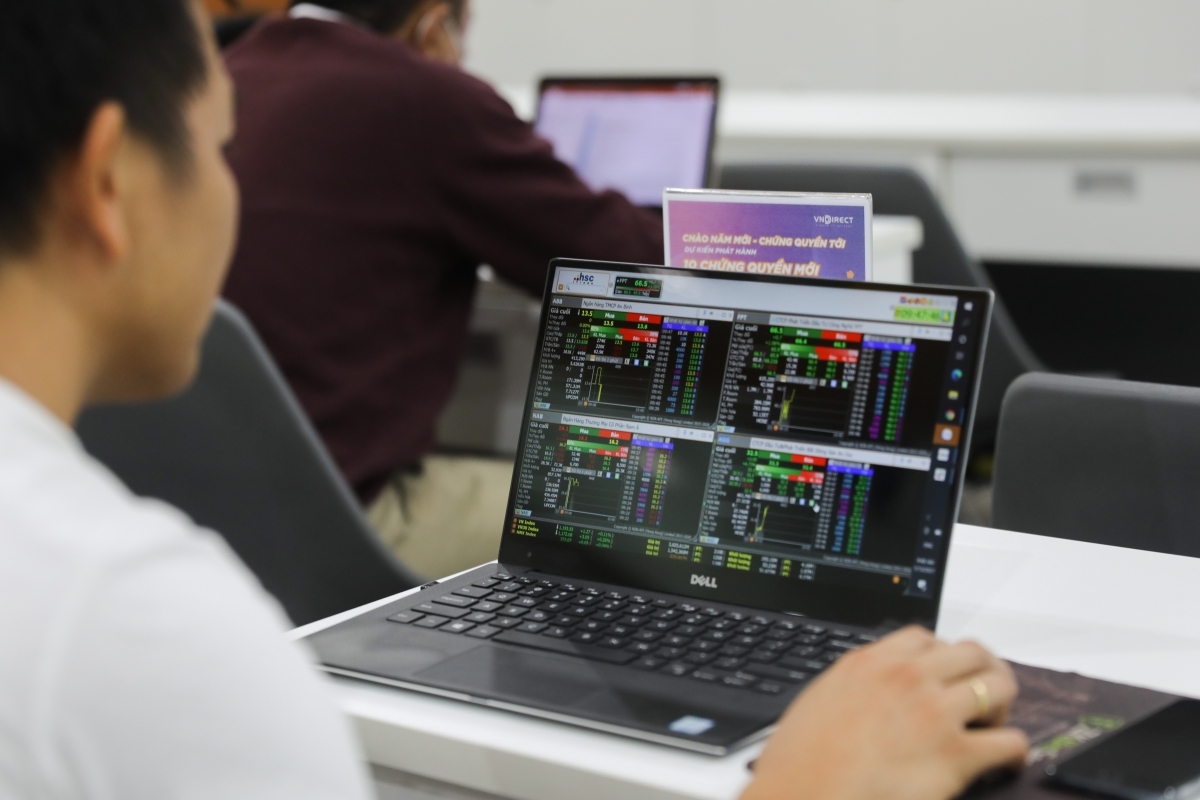 The market started the last week of February in a push-pull state. The strong pace of increase in the first week after Tet holiday, along with the information about the “stretch” of margin appeared in many forums, made investor sentiment somewhat cautious.

After the relatively “peaceful” ATO session, the VN-Index slightly exceeded the reference level with a amplitude of more than 5 points when the buying power dominated. However, the uptrend did not last long. The index chart then shows a curved line with a high slope, showing a strong tension between buyers and sellers. After reaching a peak of more than 1,180 points at the end of the morning, VN-Index stopped and moved sideways until lunch break.

In the afternoon session, the downtrend is key. VN-Index dropped quickly to below reference when the selling force suddenly increased. However, when the red color prevailed, the transaction was interrupted. The market was congested until the end of the session, causing the downside momentum to moderate. At the end, VN-Index returned to green after ATC, up 0.13%. The VN30-Index was almost unchanged, stopping at 1,180 points.

Red dominated at the end of the session although the index was almost flat. The HoSE recorded 231 decliners, 72 unchanged stocks and 199 gainers. Particularly for the VN30 group, the status was more different when 20/30 blue chips declined.