Scientists hotly argue about the origin of Covid-19 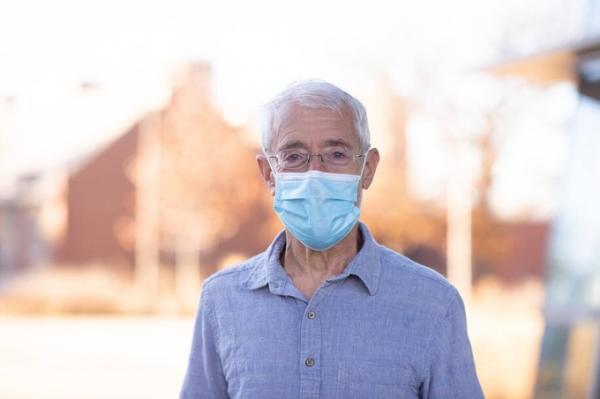 While some scientists think it is necessary to investigate the possibility that nCoV leaked from the laboratory, others expressed disappointment when this hypothesis was promoted.

Stanley Perlman, who has been studying viruses for 39 years, received a very nasty email on June 4: “Dr. Frankenstein just wants more public money and wants to research things he should be doing. I shouldn’t have touched it. Thank you so much for corona, you bastard.”

Perlman, a virologist at the University of Iowa, does not know the author of the email and has nothing to do with the emergence of Covid-19, but he has been compared to the character Victor Frankenstein, the scientist who created a monster. in an informal experiment. Perlman co-signed a letter to the prestigious medical journal Lancet in February 2020, condemning “conspiracy theories that suggest Covid-19 has no natural origin”.

Many scientists still agree with that opinion, but the theory that nCoV leaked from the laboratory has never disappeared and is becoming hotter than ever. The journal Science last month published letters from 18 prominent scientists, calling for a stronger investigation into the origins of the virus and criticizing a WHO report that called the hypothesis “extremely unlikely.” .

Francis S. Collins, director of the National Institutes of Health, and Anthony S. Fauci, director of the National Institute of Allergy and Infectious Diseases, called on the Chinese scientists to let outside experts examine them. file. President Biden reiterated this month that China should let investigators access the labs: “We didn’t have access to determine if this was a result of the animal market and the environment.” school, or an experiment didn’t go well.”

The main argument in favor of the natural origin hypothesis is that this has happened with countless viruses, including SARS, which caused outbreaks that killed around 800 people in 2002 and 2003. The SARS virus was contagious. to humans through an intermediary animal sold in the market, the Himalayan civet. Therefore, many scientists believe that nCoV may also be transmitted through an intermediate host.

Meanwhile, microbiologist David A. Relman from Stanford University, one of the co-signers of the letter to Science, said The political situation last year made many scientists not dare to openly promote the theory that nCoV leaked into the laboratory. They don’t want to be seen as affiliated with Trump and his allies, who call nCoV the “Chinese virus”.

Relman said two scientists invited to sign the letter expressed concern that the hypothesis could fuel a spirit of hatred towards Asians. In the end, only one signer.

Relman claims he always considers both hypotheses. He left open the possibility that Chinese officials were unwilling to openly disclose information about the experiments. “It seems more likely that the virus was developed accidentally, infecting people without symptoms and that was not acknowledged, or that a laboratory worker contracted the virus during sample collection. from a natural reservoir of the virus, like a cave with bats,” said Relman.

“Theoretically, they could also have done something with some of the ancestral viruses of nCoV but not publicly. If so, they may have purposely not talked about some of the work going on there.” .

However, some scientists still rejecting the hypothesis that nCoV leaked from the laboratory and leaning towards the option of the virus being transmitted from animals to humans. A significant portion of the initial nCoV infections were linked to a market in Wuhan, where the virus was found in sewers and other surfaces near animal stalls.

A report published this month in the journal Nature says that in the 2.5 years before the pandemic hit, markets in Wuhan sold more than 47,000 animals from 38 species, including badgers, mink, hedgehog, bamboo mouse and flying squirrel. nCoV has been shown to be a virus that can infect many animals. It has been found in both domestic and feral cats across Wuhan.

Although tens of thousands of animal species have been examined in China for an intermediate host, researchers have yet to find a precursor strain of nCoV. The animal origin of many zoonotic diseases, including Ebola, has never been precisely determined. Surveillance for viruses that are capable of transmitting to humans is still underdeveloped.

“It’s still out there somewhere that we haven’t discovered yet,” said Benjamin Neuman, a virologist at Texas A&M University.

He was upset that some of his colleagues supported the lab leak hypothesis. “It’s sad,” he said. “I feel like they’re taking off their lab coats when they say those things.”

Security guards stand outside the Wuhan Institute of Virology in February. Image: AFP.

Robert F. Garry Jr., a virologist from Tulane University, favors the virus hypothesis of natural origin because the nCoV has genetic features that suggest it evolved naturally. He highlighted many of the first cases of nCoV infection linked to the market and pointed out that the virus has mutated into more transmissible variants – a sign that the virus is still adapting to humanity.

“I think people are bored and a lot of people are looking for someone to blame,” he said.

As the Trump administration nears its end, the US State Department on January 15 released a document stating that some people working at the Wuhan Institute of Virology were hospitalized in the fall of 2019 with symptoms similar to Covid-19 or seasonal flu. There is no public record of these people’s identities, their medical diagnoses or whether their close contacts have contracted the disease.

The controversy has reminded many people of previous laboratory leaks of viruses. Nine cases of SARS in 2004 stemmed from a laboratory in Beijing after the initial SARS outbreak. In 1977, Russian research on influenza may have led to a flu strain escaping and becoming a pandemic. 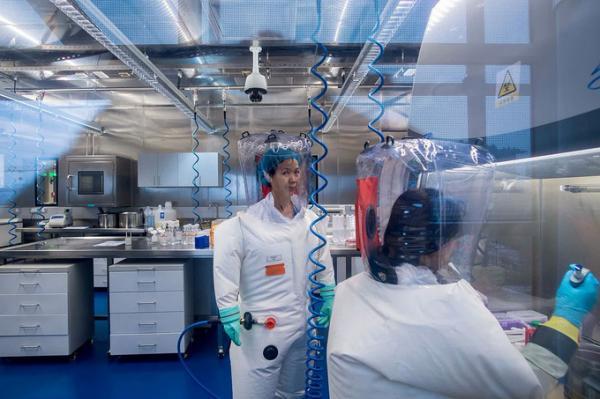 Thach Chinh Le at the Wuhan Institute of Virology in 2017. Photo: AFP.

The person in the center of controversy about the origin of Covid-19 is Thach Chinh Le, the world famous corona virus researcher has collaborated with American scientists. Thach said she searched the records and found no evidence that nCoV was ever present in her facility. In an interview with Science magazine last year, she said Trump’s allegations jeopardized her team’s research and personal lives. “He owes us an apology,” she said.

Although scientists may cast doubt on the results of their colleagues’ research, they often assume that colleagues in the international scientific community are honest. But lab failures can happen by accident, and scientists don’t have to lie.

W. Ian Lipkin, an epidemiologist at Columbia University, said that it is possible that nCoV exists in the Wuhan Institute of Virology, but scientists do not realize. “If they get hundreds of bat samples and some of them are not well identified, how do they know if the virus is present or not in the lab?” Lipkin said.

Lipkin said two scientific reports co-authored by Thach indicate that bat coronaviruses are only handled in biosafety level 2 laboratories, rather than BSL-3 or BSL-4 laboratories. safer.

He added that it was difficult to distinguish between viruses that were infected inside the lab and outside the lab. “We may never know where this came from,” Lipkin said.

Science is the process of discovering the unknown, and scientists are fundamentally comfortable with uncertain, ambiguous, and provisional conclusions. But the pandemic is a global catastrophe that has killed millions and needs definitive answers on how this happened. Scientists may never come up with an answer that pleases everyone.

“We really lack information. That’s why we have such extensive discussions, even very intense discussions,” Perlman said. “There’s really no data. It’s all personal opinion.”

Scientists hotly argue about the origin of Covid-19