Schedule of the 3rd Covid-19 patient in Dak Lak 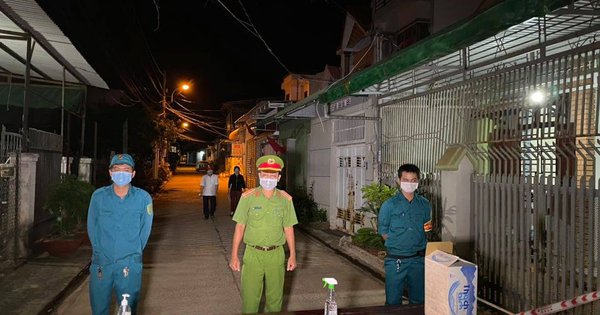 Accordingly, on April 24, Mr. V.D.D. (SN 1971, living in Dat Hieu ward, Buon Ho town, Dak Lak province) went to Buon Ma Thuot Airport to go to Hanoi, then back to Bac Ninh. From April 25 to May 5, this patient went to about 20 households to invite her daughter’s wedding party in Mao Dien commune (Thuan Thanh district, Bac Ninh province). From May 5 to May 6, there was contact with patient 3052 (a wedding attendant).

On the morning of May 6, Mr. D. held a wedding ceremony at the house of neighborhood 3, then the groom’s family took the bride to Loi hamlet (Mao Dien commune). Here, the patient had contact with about 70 people at the wedding party.

At noon on May 6, the patient and his wife went from Bac Ninh to Noi Bai airport by family car, there were 6 people in the car. On the same day, Mr. D. from Noi Bai airport to Buon Ma Thuot airport on flight QH1403 (seat number 21B) and then rode a motorbike to Buon Ho town.

On May 8, while in the field, the patient received a notice about patient number 3052 in Bac Ninh. On the same day, the Health Center of Buon Ho town investigated and took a quick test sample, which gave negative results for SARS-CoV-2. On May 9, Mr. D., his wife and children were transferred to a concentrated isolation area at the Tay Nguyen College of Technology (Buon Ma Thuot City). On May 10, the first sample was taken, the result was negative for SARS-CoV-2.

According to the Center for Disease Control of Dak Lak province, Mr. D. was on a flight with 105 passengers and crew, of which 28 passengers were in close contact before and after. “Passengers on flight QH1403 from Hanoi to Buon Ma Thuot, which landed at 5:30 p.m. on May 6, need to go to the nearest medical station to make a medical declaration and be instructed to isolate at home” – Center Disease control Dak Lak province suggested.

Among the F1 cases is Mr. V.Đ.S. (SN 2000, student of Ho Chi Minh City University of Technology, son of patient D.). On 4-5, Mr. S. from Ho Chi Minh City to Hanoi by plane, then moved to Bac Ninh. From May 4 to May 6, there was contact with relatives around the house and patient number 3052 in Bac Ninh.

On May 6, Mr. S. returned to Ho Chi Minh City on flight VJ 189, seat number 17F. From Tan Son Nhat airport to the hostel in Ward 13, Tan Binh Army, Ho Chi Minh City by taxi and motorbike, have moved a few places I don’t remember. On May 7th, take a bus from Tien Oanh to Buon Ma Thuot city.