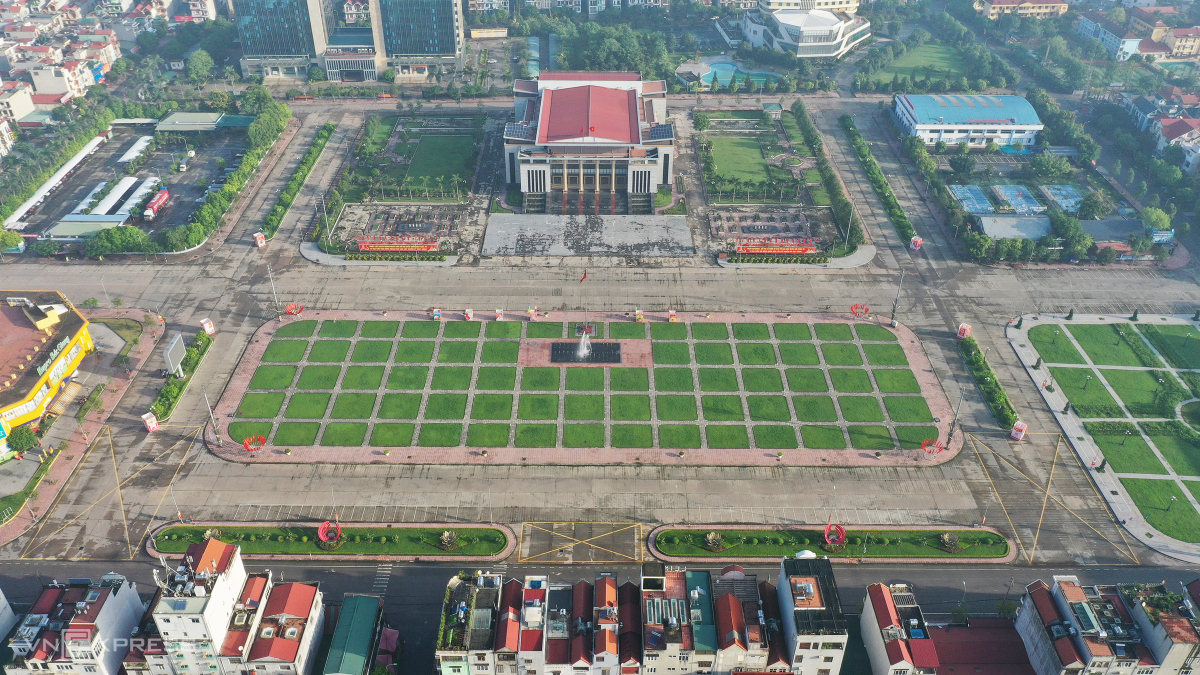 Real estate in cities and satellite cities has grown positively in terms of supply, demand, selling price and liquidity, despite social distancing.

The market report of the third quarter of the Vietnam Association of Realtors (VARS) said that while the two central cities, Hanoi and Ho Chi Minh City, both recorded a sharp decline in the number of projects, the new supply mainly focused on the market. weak in satellite cities.

Specifically, the Northern Midlands region recorded about 7,115 housing products being offered for sale on the market. In which, 86% of the supply is inventory of previously opened projects. The rest are new products from a number of projects such as La Viena Valley Da Bac (Hoa Binh), Bac Dam Vac Urban Area (Vinh Phuc), My Do Vista City Urban Area (Bac Giang) and Eurowindows Green. Park (Yen Bai)…

In the Southeast region, the Real Estate Association said that while the supply in Ho Chi Minh City dropped sharply, new projects in satellite provinces added to the supply of real estate in the quarter. In which, Binh Duong accounts for 25% of the supply with 887 units, followed by Dong Nai with 7% and Long An with 4%.

According to Vhome data, real estate in satellite cities has been one of the most exciting segments in the past year. The excitement was recorded not only by the increasing number of projects and investors, but also by the investment scale and the speed of liquidity in the market. In particular, the most vibrant provinces and cities in the South include Dong Nai, Binh Duong, Long An and in the North are Hung Yen, Hoa Binh, Bac Giang… Real estate in this area is also the top product. received positive signals right after the distances. A series of large projects are about to be introduced to the market such as Izumi City, TNR Long Khanh (Dong Nai), TMS Dam Coi (Vinh Phuc)…

The third quarter market report of Batdongsan website (belonging to PropertyGuru Group) shows that the satellite provinces of Hanoi and Ho Chi Minh City both recorded a positive recovery interest compared to other localities.

In which, Bac Ninh and Bac Giang are two localities with positive recovery with investor interest increasing by 26% and 7% respectively in the third quarter. In the southern region, 4 provinces along Ho Chi Minh City, namely Dong Nai, Binh Duong, Long An, and Ba Ria – Vung Tau, all recorded a growth of 30-35% in interest despite the prolonged quarantine period due to the epidemic. .

Regarding the selling price, the report of the Association of Brokers shows that the majority of houses in the suburbs of Hanoi have a common selling price of 18-30 million VND per square meter. In particular, some provinces such as Bac Giang, Thai Nguyen, Bac Ninh, Vinh Phuc recorded the price of low-rise products in the central location fluctuated around 30-50 million VND per m2.

“Real estate prices in this area have not changed much compared to the previous quarter. Particularly in Bac Giang, land prices increased by about 5-7%”, the Brokers Association said.

The upward trend in real estate prices also occurs in the satellite area of ​​Ho Chi Minh City. In which, the central area in Binh Duong and Ba Ria – Vung Tau increased the most with 7%, followed by Long An with a price increase of about 3%, according to Batdongsan website.

Explaining the above price increase trend, Ms. Do Thi Thu Hang, Senior Director of Savills Research and Consulting Department in Hanoi, said that house prices in satellite cities tend to increase due to a number of projects with high prices. Good quality, prime location and fully integrated utilities.

“The price increase in recent times is mainly due to the primary price of some new projects launched in the satellite area higher than the general average, causing the average price of this market to increase, establishing a new level. The cost of construction, the infrastructure factor is also the cause contributing to the increase in house prices, “said Ms. Hang.

The Brokerage Association also assessed that despite the prolonged distance, the absorption rate of projects in satellite provinces and cities is still positive. In which, the Northern Midlands region has an absorption rate of more than 41% with 2,923 successfully traded products. In the Southeast region, although liquidity in the secondary market decreased sharply, projects developed by large investors with complete legal ownership attracted the attention of buyers.

Forecasting about the market in the last quarter of the year, the Brokerage Association said that the supply in the market has not improved much because a large number of projects are still completing investment procedures and cannot enter the market.

In terms of demand, real estate still attracts the attention of customers and investors, especially the land plot product line because of its asset retention and potential price increase. In particular, this unit believes that the localities that will quickly recover and become vibrant again in the near future are concentrated in the periphery of Bac Giang, Bac Ninh, Hai Duong, Dong Nai, Long An, ..

“Real estate prices in the fourth quarter will be adjusted to be equivalent to the same period in 2020. Projects that do not adjust but keep their prices at the beginning of the second quarter of 2021 will have a low absorption rate,” the Brokers Association said.