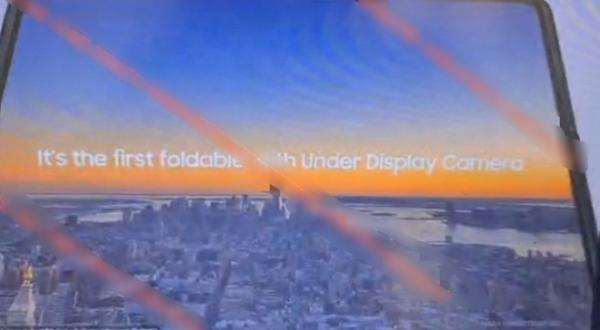 Galaxy Z Fold 3 will likely be equipped with an under-screen camera.

According to the Sammobile, the leaked image confirms the feature that has been rumored many times in the past on the Galaxy Z Fold 3. It seems that Samsung has chosen a different design for the new folding screen smartphone, without borrowing any lines of the line. Galaxy S21.

The image has the introduction of the Galaxy Z Fold 3 is “the first folding device with an under-screen camera”, and comes with Samsung’s signature S Pen.

The Korean technology company has been researching the camera under the screen for quite a long time. It’s time for the company to bring this feature to commercial products. Documents introducing the S Pen pen is used flexibly on the Galaxy Z Fold 3. Even during a video call, users can still take notes.

Sammobile thinks that Samsung will seek to increase the durability of foldable screens. The interior, hinge and bezel are equipped with a new scratch-resistant protective layer called “Armor”. Outer screen covered with Gorilla Glass Victus.

Samsung has yet to confirm the timing of announcing the next foldable smartphone. Leaked sources claim that the Galaxy Z Fold 3 and Galaxy Z Flip 3 could be introduced in July.

With the features mentioned in the past, the Galaxy Z Fold 3 is a good candidate to be one of the best Samsung phones in 2021.