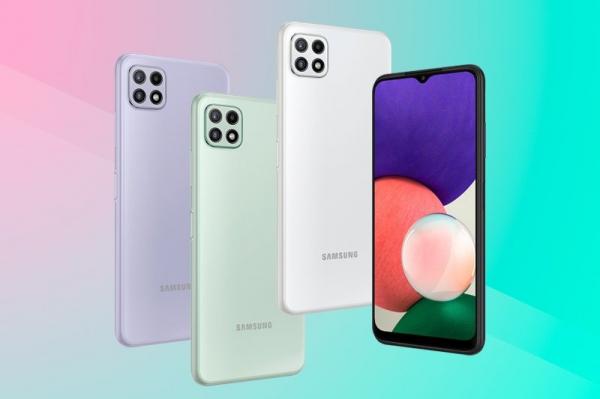 The duo Galaxy A22 and A22 5G has just been launched by Samsung. Both products are equipped with optical image stabilization cameras.

On June 24, Samsung Vietnam introduced the latest product duo of the Galaxy A series including A22 and A22 5G.

Galaxy A22 LTE is a smartphone with a set of 4 cameras with optical image stabilization (OIS) technology and has a version equipped with 5G.

Galaxy A22 LTE is a rare product that integrates OIS optical anti-shake technology in the segment under VND 6 million. With this technology, Samsung’s new smartphone can deliver better video and photo quality in low-light, high-movement conditions.

In addition, Galaxy A22 LTE is also equipped with a cluster of 4 rear cameras with a main sensor of 48 MP resolution, an ultra-wide angle lens of 8 MP resolution, a macro lens and a font removal camera with the same 2 MP resolution. In addition, the 13 MP selfie camera of this model also supports portraiture with many effects.

Besides, Galaxy A22 LTE also owns a 6.4-inch Super AMOLED screen, 600 nit brightness. As for the Galaxy A22 5G version, the screen is slightly better with a size of 6.6 inches Full HD +.

Galaxy A22 has just been launched by Samsung in Vietnam market. Photo: Samsung.

Galaxy A22 has just been launched by Samsung in Vietnam market. Image: Samsung.

Galaxy A22 5G has 3 rear cameras with parameters of 48 MP respectively for the main sensor, 5 MP for the super wide-angle lens and 2 MP to support taking photos to remove fonts. The front camera of the device has a resolution of 8 MP.

According to Samsung Vietnam, Galaxy A22 LTE will be available in Vietnam at retail systems nationwide with a suggested selling price of VND5.9 million, from June 24. As for the Galaxy A22 5G version, Samsung will soon launch it.

At a price of about VND 6 million, Galaxy A22 has to compete with Xiaomi Redmi Note 10 5G, a device with 5G connectivity with good configuration and large screen. Another rival of the Galaxy A22 is Vivo Y51 with a Snapdragon chip and 5,000 mAh battery.