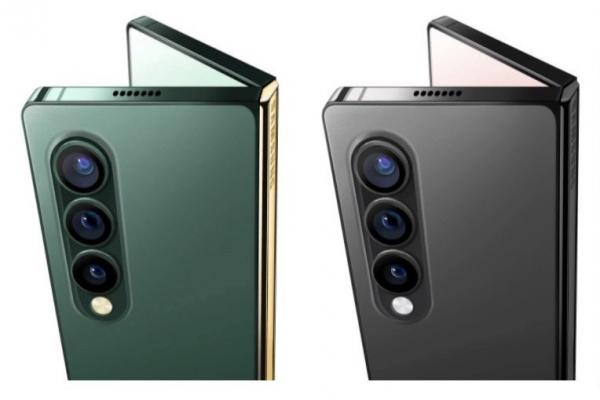 Right before the official launch, the render image of the Samsung Galaxy Z Fold 3 has appeared with a flat edge design.

According to the leaked image, the phone will probably retain the folding design similar to a book, but the overall design may be different. The concept was created by fans based on leaked information.

The design suggests that the phone will have a triple camera setup on the back with vertically stacked sensors in the upper left corner along with an LED flash. This is quite consistent with previous leaks.

This concept shows what a smartphone will look like with flat edges instead of rounded edges.

Previously, the Korean tech giant adopted newer designs when the Galaxy Tab S7 series had flat edges. So, there is still a chance that Samsung will adopt a flat edge design for the Galaxy Z Fold 3.

According to Digital Chat Station, Galaxy Z Fold 3 will be released with a battery of about 4,380mAh, smaller than the 4,500mAh capacity on its predecessor.

Earlier, the Korean newspaper The Elec reported that the Samsung Galaxy Z Fold 3 will have a smaller internal screen along with a smaller dual battery system.

A leaked source also said that the device will have a 5.4-inch external display with a resolution of 816×2260. This resolution is similar to the Fold 2 but only has a much smaller screen.