Rome, Enzo Totti, Francesco’s father, has died. It was positive for Coronavirus 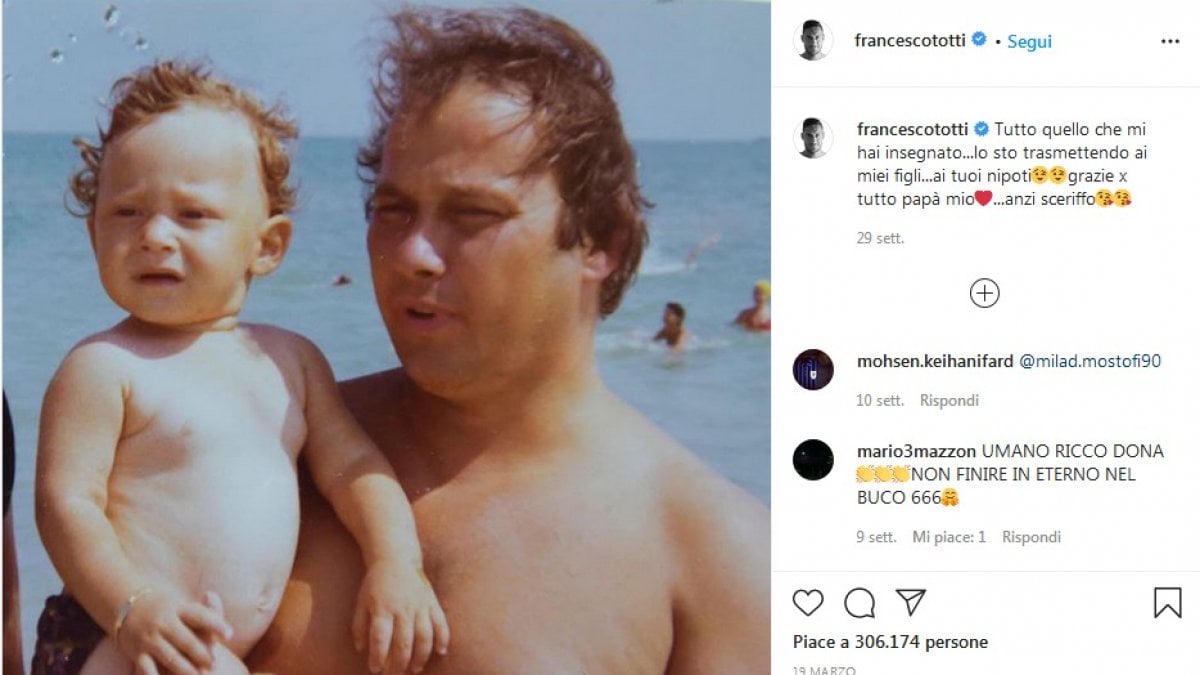 In Trigoria he was at home, an almost institutional figure. At least until his health started playing tricks on him. To the many victims of Covid 19, Enzo Totti, Francesco’s father, has also been added in these hours. He was hospitalized at Spallanzani. Seventy-six years, he had long been struggling with other diseases, a heart problem years ago, diabetes. The last obstacle, the one he could not overcome, was the scourge of this terrible 2020. For everyone, Enzo Totti was “the sheriff”: years ago he inaugurated what has long become a tradition for the entire Roma dressing room: celebrate his son’s birthday by bringing white pizza and mortadella to the sports center. Not exactly an athlete’s meal, but an exception to the rule granted for a special day, September 27, when many in Rome greet each other saying “Merry Christmas”. For him, the opportunity to grant Francis and his companions a transgression in the Roman popular style.

Roman and above all Romanist, a brilliant sense of humor, an ability to smile at everything. And, perhaps, the secret of the son’s success. Francesco Totti never made a mystery of it, when he told of when, as a child, after dazzling performances he sought his father’s approval when he was told “your brother is better than you”. He knew, Enzo, that only in this way would he push that blond with boundless talent to overcome himself day by day, to move the bar higher, not to be satisfied with what already – everyone knew it in Rome – was very good for him.

“Hello Enzo”, the condolences on social networks for the death of Francesco Totti’s father

Two children, a wife – Mrs. Fiorella – the holidays in Torvajanica, the first ball given to little Francesco when he was two years old, a Mikasa with black pentagons and white hexagons, the legendary apartment in via Vetulonia, near where today Francesco is honored with a large mural an entire building, the work in the bank. Passing on to his sons Francesco and Riccardo the love for the family and for the football. Always without ever taking the stage: “We stay behind the scenes, but if Francesco needs us we are always there”. A lesson, in the glossy world of football, for many parents.