Roma-Benevento 5-2, Dzeko wakes up and relaunches the Capitoline 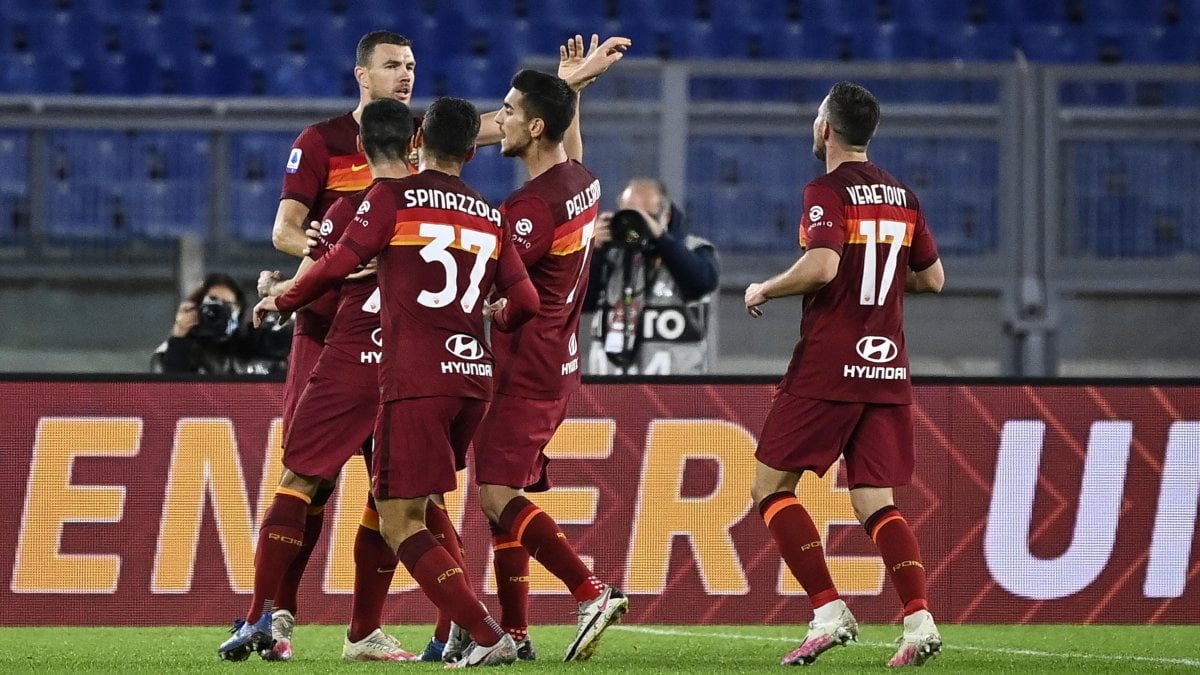 ROME – Roma is confirmed as the newly promoted killer par excellence. For the 24th time in a row he overtakes a team that has just climbed from B and returns close to 4th place. This time it was Benevento who, curiously, left the Olimpico with the same heavy result (5-2) that they had remedied the last time they set foot against the Giallorossi, on 11 February 2018. A heavy knockout that does not do honor, however, to Inzaghi’s men who, for more than an hour, really gave a hard time to the strongest opponents, playing with great courage and collapsing only after having collected the net on a penalty of 3 -2.

Roma finds the best Dzeko: two goals and an assist

Roma won thanks to their higher quality. He finally found the best Dzeko (brace and an assist) and Pedro and Mkhitaryan took care of the rest, authors of a test worthy of their coat of arms. Fonseca can smile in view of the imminent debut in the Europa League and the difficult commitment at the Meazza with Milan but certainly has something to review in the defensive phase as the team continues to show too many gaps and uncertainties.

Fonseca returns to the back four, Caprari freezes the Olimpico

The Portuguese coach surprised everyone at the start by proposing the 4-man defense with the exclusion of Kumbulla and the return of Cristante to midfield. Consequently he raised Pellegrini on the trocar by widening Mkhitaryan and Pedro. Not even the time to understand how to arrange with the new module that Roma was frozen (5 ‘) by the former on duty, Caprari, who mocked Mirante with a right that became an impregnable parabolic tracer after a decisive deviation with an Ibanez foot . Benevento took courage, continued to play openly and also created a couple of other dangerous situations in the Roma area that Caprari and then Lapadula did not exploit properly.

Pedro and Dzeko overturn the result

The Capitoline team took a few minutes to recover then, however, changed pace. And, in just 4 ‘, he overturned the situation: the equalizer was signed at 31’ by Pedro with a strong left, recovering a shot from Pellegrini countered with the body by Schiattarella. The 2-1, on the other hand, was achieved by Dzeko, returning to scoring after 81 days, with a precise right diagonal from the left on Mkhitaryan’s unmarked assist. Before the end of time, Roma also packaged the 3-1 with a nice Pedro-Cristante-Mkhitaryan combination but the Var canceled everything by seizing an offside position from Spinazzola before the action started.

Roma returned to the field with enough and paid dearly for the attitude: Veretout badly controlled a ball served by Mirante and, despite taking the ball early, ended up intervening in a dangerous game on Ionita. A penalty that Lapadula was rejected by Mirante but which he quickly reiterated on the net. As already happened on the occasion of the advantage, Benevento, also pushed by an inspired Insigne, who took over at the start of recovery in Falque, took courage and scared Rome again, struggling to close the raids of the unleashed Lapadula.
The turning point, and it could not be otherwise, came from a play by the champions that Roma have in front of him: Dzeko invented a millimeter through ball for Pedro who in the area anticipated Montipò who, while taking the ball from his feet, overwhelmed him. Another rigor that Veretout transformed with coldness, removing a big weight from his conscience.

Benevento, at this point, collapsed and Roma took the opportunity to permanently close the accounts. The 4-2 was born from a splendid intuition of Villar, just entered in place of Veretout. He launched Mkhitaryan on the offside which gave Dzeko the opportunity to climb to 108 in the all-time ranking of the Giallorossi scorers (he is -3 from Amadei’s 3rd place). Then, to fix the score at 5-2, thought another substitute, Carles Perez, who discharged all his anger for so much, perhaps too much bench, concluding an intoxicating action to the limit (tight dribbling to Caldirola and Glik) with a left to the gun cotton in the corner. A sign of the abundance that Fonseca has in attack. If they can find the right key to achieve greater balance, Roma can really give everyone a hard time.