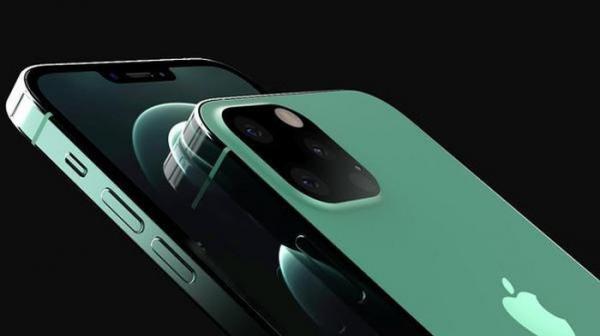 Recently, designer Technizo Concept has released impressive video of iPhone 13 Promax. It is known that this design is based on rumors so far and also the expectations of iFan believers in new Apple products.

There are no ports, LTPO display technology for energy management with 120 Hz refresh rate and LiDAR sensor. Without a connection port, users have to use wireless charging and connect to accessories via the Smart Connector. Previously, many rumors said that the two iPhone 13 with the “Pro” label will continue to bring many color options such as the iPhone 12. Graphite color will likely be adjusted by Apple to be matte black (Matte black). which appeared on iPhone 7/7 Plus in 2016. It is almost certain that the iPhone 13 Pro and 13 Pro Max are composed of two glass sides and a steel frame, which is easy to catch sweat and fingerprints. However, Apple may reprocess the surface of this frame to overcome the above disadvantages. The back of the glass around the camera will be bent and hugged the lens cluster to feel more seamless than the current design. In terms of image quality, Max Weinbach said that portrait mode on the iPhone 13 Pro will be drastically upgraded. It combines data from the telephoto camera and the LiDAR sensor to more effectively separate the subject from the background. The camera cluster on the high-end iPhone duo also owns a similar configuration and is less convex than its predecessor, iPhone 12 Pro and iPhone 12 Pro Max. Maybe iPhone 13 possesses optical zoom up to 2.5x instead of just 2x. In particular, Apple can revive the fingerprint security technology (Touch ID) on the iPhone 13 Pro model, in addition to the current Face ID technology. Analyst Ming-Chi Kuo, who has been dubbed the “Apple prophet”, has confirmed that the iPhone 13 will indeed have a smaller notch.

Regarding the release date of iPhone 13 models, Daniel Ives from Wedbush, said iPhone 13 could be introduced in the third week of September, ie September 17 or September 24.