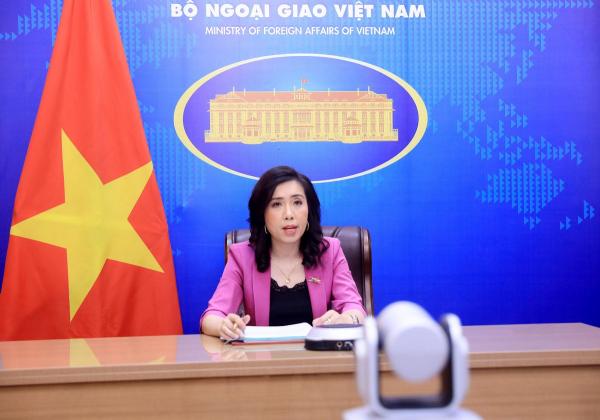 Spokesman of the Ministry of Foreign Affairs affirmed that Freedom House’s report that classified Vietnam as a group of countries without freedom on the Internet is worthless.

At a regular press conference of the Ministry of Foreign Affairs on the afternoon of September 23, responding to a reporter’s question asking for information about Vietnam’s reaction to the organization of Freedom House on September 21 continued to classify Vietnam as a group of countries that do not With freedom on the internet, spokeswoman Le Thi Thu Hang stated: “This is not the first time Freedom House has made unbiased and prejudiced assessments based on false information about Vietnam. Male”.

Before that, Freedom House had published many false reports on the situation of human rights and freedoms in Vietnam many times. On March 5, 2021, Freedom House published a scoreboard on the Freedom Index of countries around the world, of which Vietnam was scored 19/100.

Meanwhile, Vietnam’s Internet freedom index only reached 22/100 points. Freedom House misrepresents that Vietnam does not have Internet freedom, Vietnamese people are almost banned from accessing social networks, do not have the right to vote, have no freedom of religion…

In this regard, Foreign Ministry spokeswoman Le Thi Thu Hang affirmed: “In fact, efforts to promote and ensure human rights in Vietnam are highly appreciated by countries and international organizations at the Mechanism. The Universal Periodic Review (UPR) of the United Nations Human Rights Council through the cycles”.

“Therefore, Freedom House’s report is worthless and I see no need to comment further,” emphasized Ms.