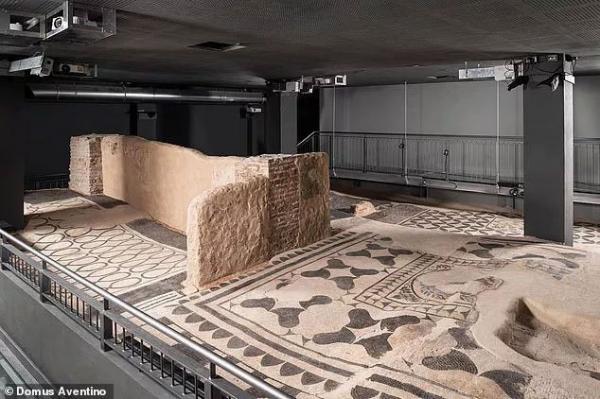 Repairing an earthquake-proof apartment building, a group of workers in Rome accidentally led people into a historic turn full of splendid and expensive treasures.

A group of workers on earthquake repair for luxury apartments at the foot of Aventine hill (Rome) discovered a mysterious floor.

This is an area located in an old apartment complex in this country, however, it has been decades that no one knows its existence.

Until this group of workers entered, underneath the apartment block was a great Roman mansion that had been buried for more than 2,000 years but was incredibly intact.

Not only does it carry astonishing architecture, but inside is still intact ancient treasures in exceptionally good condition.

In particular, the floor consists of 6 layers and each layer is covered with lavish mosaic! The floor is entirely paved with mosaic paintings by billions of billions of small, elaborately polished marble stones.

The floor is covered with precious marble.

Even the interior wall of the house is inlaid with marble, and around it is decorated with expensive bust statues dating back hundreds of years. Around the mansion are relics of an even older wall and defensive wall, estimated to date back to the 8th century BC.

According to archaeologists, the analysis shows that the floor has subsided many times since about the 2nd century AD, because below it are unnatural caves that were left behind during quarrying. The newest house floor is also about 1m lower than the general structure of the building. That may be the reason it was abandoned. 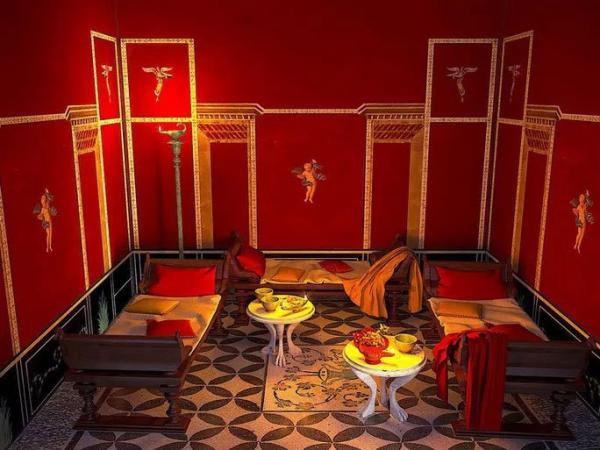 One of the rooms in the “ghost” mansion

According to Dr. Daniela Porro, a senior official of cultural heritage in Rome, the abundance of decorations indicates that the mansion belonged to a very powerful person, possibly related to the royal family.

The architecture shows that it belonged to the Roman period (509-27 BC).

BNP Paribas Real Estate Company – which owns the apartment block above – has spent about 3 million euros to restore the site with the Rome government. The place is open to visit as a private museum next time with a ticket price of 10 euros (more than 270,000 VND).