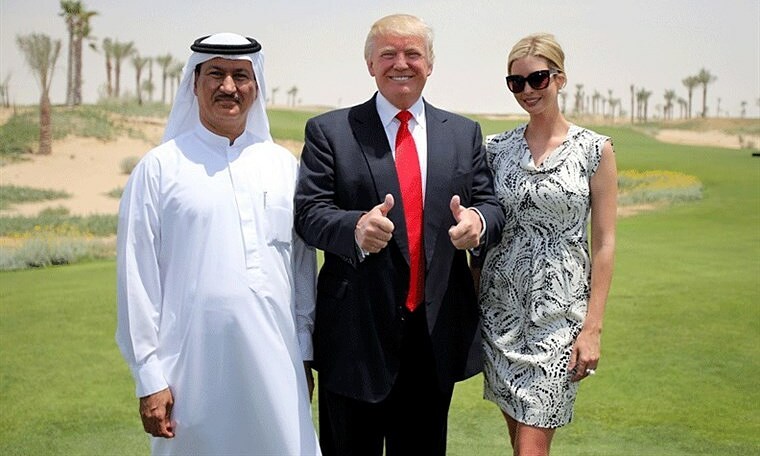 When American companies cut off business with US President Donald Trump, at least one foreign partner was on his side.

Hussain Sajwani, president of real estate firm DAMAC (Dubai), said he wants to expand ties with the Trump Organization, despite Trump’s role in the riots in Congress last week. DAMAC is currently Trump’s partner at an 18-hole golf course that opened in 2017 in Dubai.

DAMAC is also building another 18-hole golf course, called Trump World Golf Club, according to the Trump Organization’s website. “We have a great relationship with Trump Organization and have no intention of canceling the contract,” replied Sajwani on CNN.

A series of social networks, from Twitter, Facebook, and Snapchat, have blocked the US President’s account. The PGA also canceled plans to host the 2022 tournament at Trump’s Bedminster golf course.

However, Sajwani said DAMAC is keen to strengthen cooperation with Trump. “I will go further, when the Trump Organization is no longer limited to overseas deals. I will welcome the opportunity to expand relationships and find more ways to cooperate,” he said. to speak.

In the past, the Dubai businessman also supported Trump in difficult times, such as a wave of protest against Trump to ban Muslims from entering the United States. “He has a very strong brand. Over the past 12 months, this brand has grown stronger and more popular globally. I think this will have a positive impact on sales,” he said in an interview. End of 2016 interview, “He has no way to distinguish gender, religion or anything else”.

Sajwani is known as “Donald of Dubai” and the two families are also closely related. Donald Trump Jr. and Eric Trump went to Dubai to attend the wedding of Amira – daughter Sajwani in 2018.

Ha Thu (According to CNN)