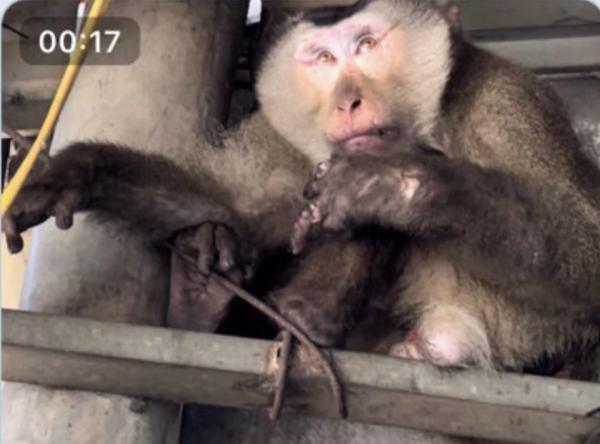 On June 11, Thanh An Commune People’s Committee said that in An Binh village, a male monkey appeared, weighing about 10-13kg. This individual monkey often destroys the property of people in the village such as biting fruits in the garden, taking eggs from chickens and ducks, scaring children…

Initial verification by Thanh An Commune People’s Committee and Cam Lo Forest Protection Department showed that this is a rare and precious animal belonging to group IIB, Appendix II CITES.

In order to protect the health and property of the people, and at the same time protect rare and precious wildlife, the People’s Committee of Thanh An commune has informed the people to apply measures to repel and limit injury to fish. this monkey. However, vandalism continued to occur, causing panic among people.