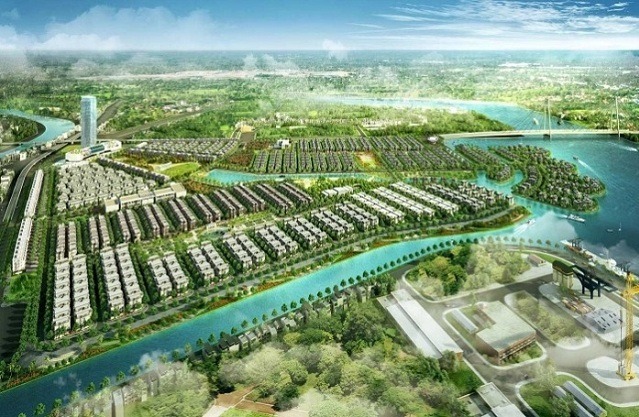 The complex urban project of Ha Long Xanh in Ha Long city and Quang Yen town with a total investment of 232,369 billion VND, was started on the afternoon of October 24.

Quang Ninh Provincial People’s Committee said that this is one of the largest urban development projects in the province in recent years.

The project is a multi-purpose urban complex built on an area of ​​4,109.64 hectares. In which, Quang Yen town is 3,186 ha, Ha Long city is about 923.64 ha, adjacent to the Hai Phong – Ha Long – Van Don highway; population size is about 244,000 people. The investor is a consortium of Vingroup and Vinhomes Joint Stock Company.

The project is expected to create a new urban appearance, be a unique tourism product, contribute to promoting economic and social development in the province, significantly changing the lives of people in the region.

Mr. Nguyen Tuong Van, Chairman of Quang Ninh Provincial People’s Committee, said that the project plays a key role, making an important contribution to the implementation of the province’s urban system development orientation, in the roadmap of tasks to build Quang Ninh to strive for. become a city directly under the Central Government before 2030.

When the project is completed, it will contribute to increasing the urbanization rate of the province in the coming time, creating a new urban appearance for Quang Yen town and Ha Long city, with a smart, modern and complete urban space. Customizable, eco-friendly…