Right from 2018, Quang Ninh has formulated and issued a biodiversity conservation plan in Quang Ninh province to 2020, with a vision to 2030, with the aim of preserving important natural ecosystems, species, Endangered, precious and rare genetic resources.

On that basis, step by step restore and protect ecosystems associated with the planning of other sectors appropriately, contributing to the province’s socio-economic development orientation.

Up to now, after nearly 3 years of implementation, nature reserves have continued to be well protected, biodiversity and biodiversity values ​​in protected areas, world natural heritage Ha Long Bay continued. procedures are studied and clarified, making an important contribution to the sustainable socio-economic development of Quang Ninh. In particular, in the period 2016 – 2017, Quang Ninh province has made efforts to successfully build and protect and was recognized by the ASEAN Ministers of Environment as Bai Tu Long National Park as an ASEAN Heritage Park. contribute to putting the name of Quang Ninh province on the biodiversity map of the region and the world.

Along with that, the work of conserving, restoring and promoting the value of rare and precious genetic resources has been promoted according to each science and technology research topic and task, in which priority is given to genetic resources. economic value and suitable with S&T conditions of the province.

In addition, the protection and restoration of ecosystems is concerned, especially forest ecosystems. Accordingly, by 2020, the forest cover in Quang Ninh province will reach over 54%. In which, in the period 2015-2018, the whole province has newly planted 36,780 ha of concentrated forest, 1,662 ha of special-use forest, forest protection contract is 50,772 ha.

With regard to the detailed planning of marine conservation zones, Quang Ninh province is interested in implementing, with the aim of protecting ecosystems and marine species of economic, scientific and conservation value. environmental protection associated with ecotourism development, maintaining and improving livelihoods, managing and rationally using aquatic resources. Currently, the proposal is to establish Co To-Dao Tran marine protected area and 14 protected areas of aquatic resources to protect specialty aquatic species, including peanut worms.

At the same time, it is implementing 2 models of co-management of pangasius resources in Minh Chau and Quan Lan communes, in Van Don district and in Sa Sung beach in Dai Binh commune, in Dam Ha district. These models have contributed to job creation and income improvement for about 300 households, actively contributing to the protection of aquatic resources. 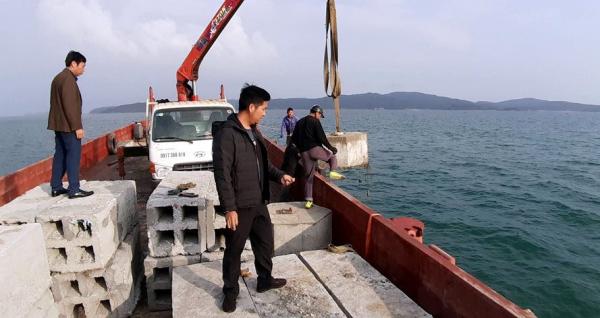 In particular, Quang Ninh province is implementing the procedures to propose the recognition of the population of monuments and landscapes of Yen Tu to submit to UNESCO for consideration and recognition as a World Heritage Site. The successful construction and implementation of these projects will make an important contribution to the conservation of ecosystems, species and environmental landscapes.

Along with that, the management of biodiversity conservation facilities has been strengthened. At present, there are 63 farms raising 15 species with more than 4,119 wild animals listed in CITES appendix and the list of endangered and rare and 5 kinds of common animals with 1,719 individuals. At the same time, the functional forces grant 12 codes for the establishment of raising and growing endangered and rare wild animals and plants of group III and endangered wild animals and plants in Appendices II and III of CITES. . In addition, the province is considering and promulgating a set of provincial administrative procedures for licensing endangered, precious, and rare species, and priority for protection. 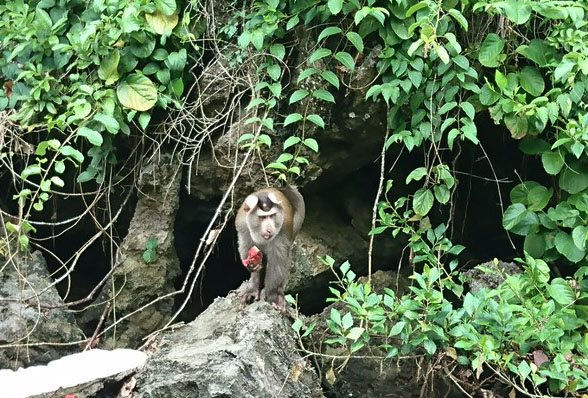 In parallel, Quang Ninh has accelerated the implementation of the improvement of the coastal ecological corridor, which focuses on implementing projects to renovate, restore and plant new coastal mangroves. Typically, the investment project for protection and development of coastal protection and special-use forests in Quang Ninh province in the period 2015 – 2020 has been approved with a scale of 1,444 hectares (including new afforestation of 510 hectares; additional afforestation. creating and rehabilitating poor quality forests of 934 ha). Of which, by the end of 2019, 855.64 hectares have been planted (newly planted 143.66 hectares and renovated, replenished and rehabilitated 711.98 hectares of poor quality forests), reaching 59.25% of the total project’s tissue.

It can be said that, with the establishment and implementation of the biodiversity conservation plan in the area, Quang Ninh has helped to achieve important results for the protection of ecosystems and precious genetic resources. marine species of high scientific and economic value, contributing to environmental protection associated with sustainable eco-tourism development.