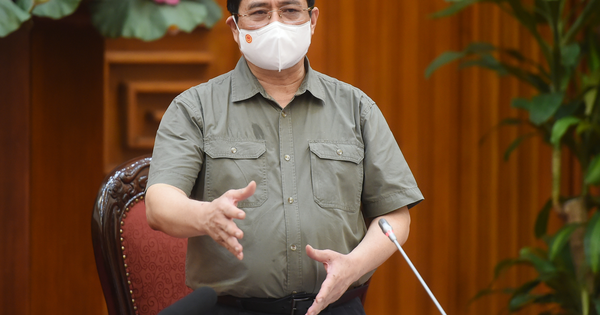 On May 2, at the headquarters of the Government, Prime Minister Pham Minh Chinh chaired an urgent meeting on prevention Covid-19 when new, more complicated situations appear.

Addressing the orientation of the meeting, Prime Minister Pham Minh Chinh stated that today’s meeting aims to continue to re-evaluate the situation of organizing and implementing the epidemic control over the past time, in which subjective reasons and consideration of responsibility are given. responsibilities of agencies, organizations, localities and individuals neglect, subjective, and do not strictly comply with regulations on epidemic prevention.

If not strictly handled, it will continue to lead to subjective psychology, neglect, and loss of alertness, which can lead to unpredictable consequences. The Prime Minister also suggested to discuss the next effective solutions to focus on implementing to better fight back and prevent epidemics.

Prime Minister Pham Minh Chinh: If not strictly handled, it will continue to lead to subjective psychology, neglect, loss of alertness, which can lead to unpredictable consequences – Photo: VGP

According to the report of the Ministry of Health, the source of infection in the cluster of cases in Ha Nam province, Hanoi, Ho Chi Minh City, and Hung Yen was clearly identified from patient 2899 (BN2899).

Regarding the source of transmission to the patient patient BN2899, the clear identification of the source of transmission to this patient needs to continue to be investigated, verified and analyzed further in order to give accurate judgment, initially the analysis shows that there are The following possibilities: The incubation period of the virus strain is longer than 14 days (currently sequencing the virus to determine the virus strain causing the disease), capable of contacting positive people during the journey from Da Nang to Ha Nam but not sure …

The comments at the meeting said that up to now, we have basically issued a full range of regulations on epidemic prevention, the problem is to seriously implement it. Local authorities must regularly urge, inspect, supervise and take responsibility for all stages in the process of quarantine, handover, and monitoring of people who are completely isolated and concentrated in their residential areas. Respect the responsibility of the head.

The management board of the isolated area must have 24/24 surveillance cameras, arrange enough forces and components to monitor, ensure security and safety. Apply information technology in monitoring and inter-management of people entering from entry until the end of 14 days of concentrated isolation and 14 days of health monitoring at the next accommodation.

Remind and rectify a series of localities

After listening to the discussion and conclusion of the meeting, the Prime Minister emphasized that recently, we have directed drastically in disease prevention. The whole political system was actively involved. Up to now, the situation is still basically under control. However, the epidemic situation has become more complicated, in a worse situation, it is difficult to predict and not to fully predict.

Facing the new development of the situation, the Prime Minister stated that agencies, organizations and individuals who do well should promptly commend and reward, however, “Where, what stage, individuals have not done right, it is necessary to strictly deal with the provisions of the Party and the laws of the State “.

Prime Minister asked Da Nang City, Ha Nam and Yen Bai provinces to base on the Party’s regulations, the State’s laws and the regulations of the Steering Committee and the Ministry of Health to review and base on the consequences. happened to focus on reviewing, handling individual and collective liability, including applying criminal measures. 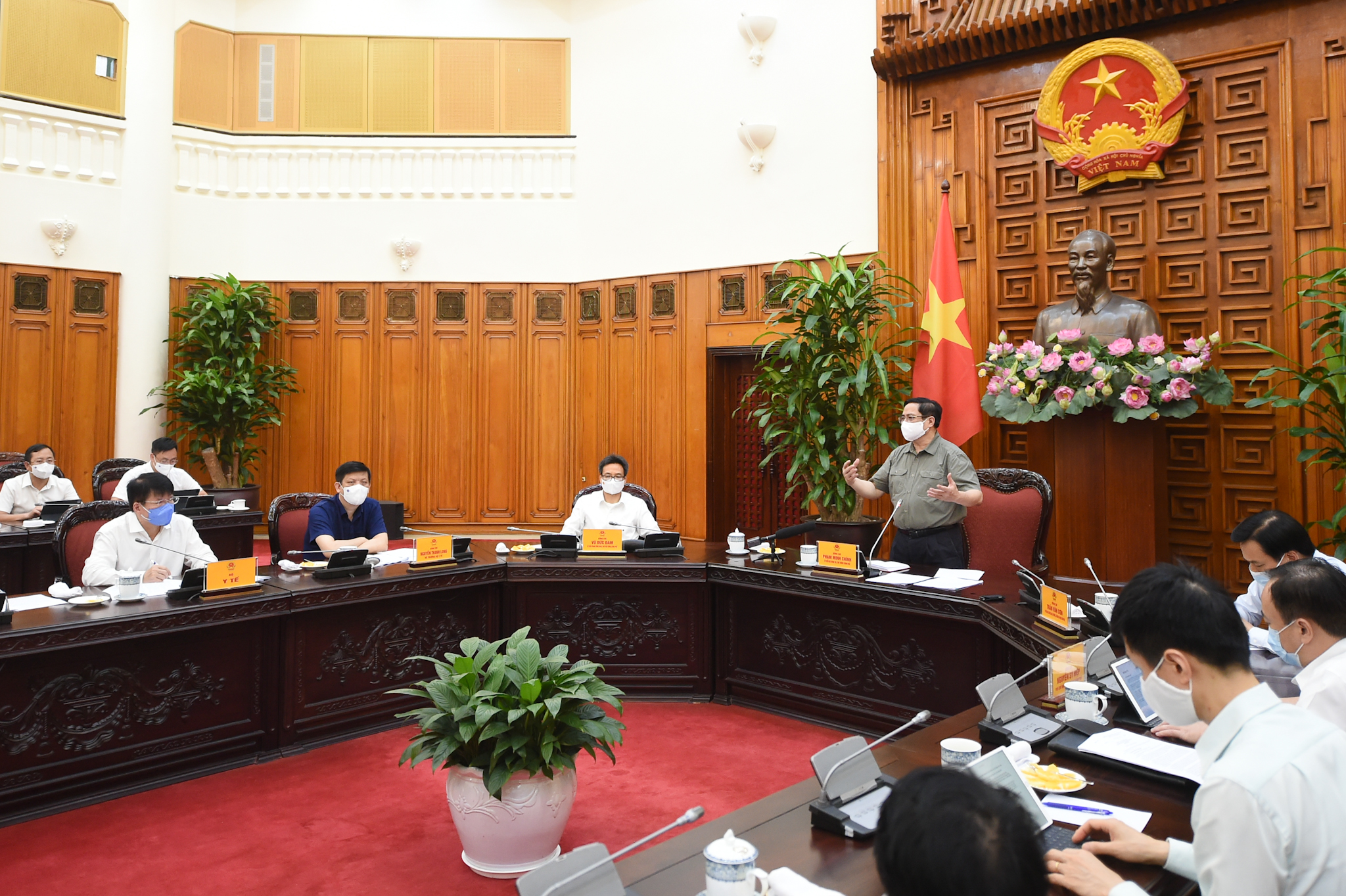 If you have a disease, you will be cared for and treated in a timely manner, saving people is the main thing, ensuring humanity, but also need to consider and strictly handle the responsibility according to the regulations – The Prime Minister mentioned the case of not strictly complying with the regulations on isolation, to allow infection in the community.

The Prime Minister stated that, over the past few days, over the past few days, the people, the press, the provinces of Ba Ria – Vung Tau, Khanh Hoa, Da Nang have not strictly implemented the 5K regulations, especially wearing masks. and social segregation; requests these provinces and cities to rectify immediately. Assigning responsibilities to the Secretary of the Provincial Party Committee, City Party Committee, Chairman of People’s Committee at all levels to review and handle responsibilities according to the decentralized management of staff. “From the province to the grassroots must join, where they have not taken part in, have not done yet, they must handle the responsibility. The spirit is to have a clear address and personal responsibility”, the Prime Minister asked.

The Prime Minister also reminded the provinces of Dong Thap, Vinh Long, and Tien Giang to delay the implementation of testing facilities at the request of the Ministry of Health and the National Steering Committee.

Agencies, units, localities, especially the heads of the Party committees and authorities at all levels need to tighten discipline and discipline further according to the Party’s regulations, the laws of the State, and pay attention to the facilities. isolation, medical examination and treatment, immigration. 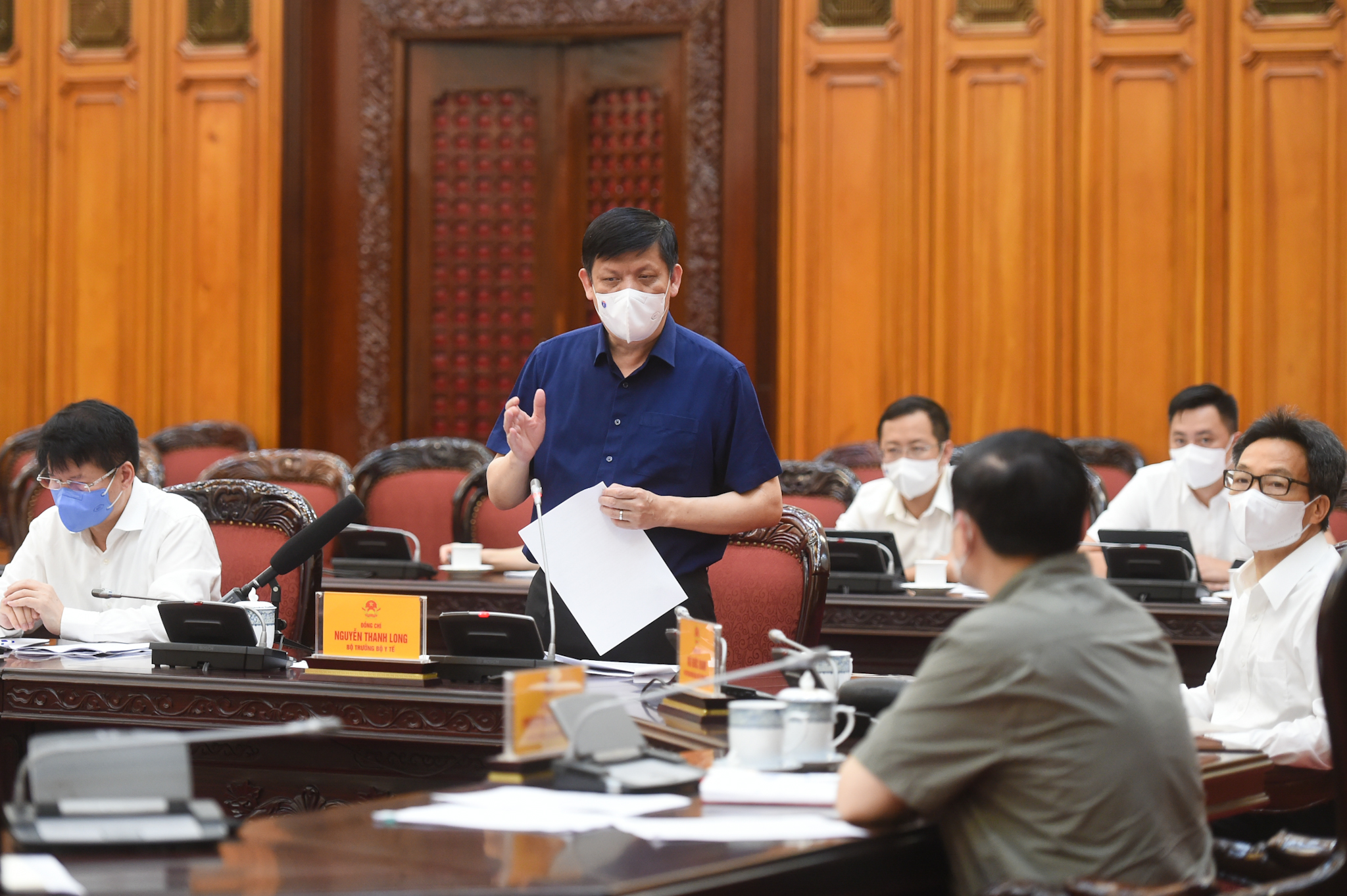 Party committees, authorities at all levels, press agencies have strengthened the propaganda work, not subjectively, neglect, and caught off guard, but also does not cause confusion, fear, and loss of temper in society. Strengthening more coordination among agencies in epidemic prevention; always awake, sticking to reality, positive, proactive, creative, flexible, timely and effective in handling situations.

After listening to the comments, Prime Minister Pham Minh Chinh asked the Ministry of Health to accelerate the injection of all existing vaccines in the country, publicly announce to the people and supervise; at the same time implementing the approach to purchasing vaccine sources to ensure quality control, openness and transparency in prices; resolutely fight negative, corruption, and group interests in the purchase, sale and access to vaccines. 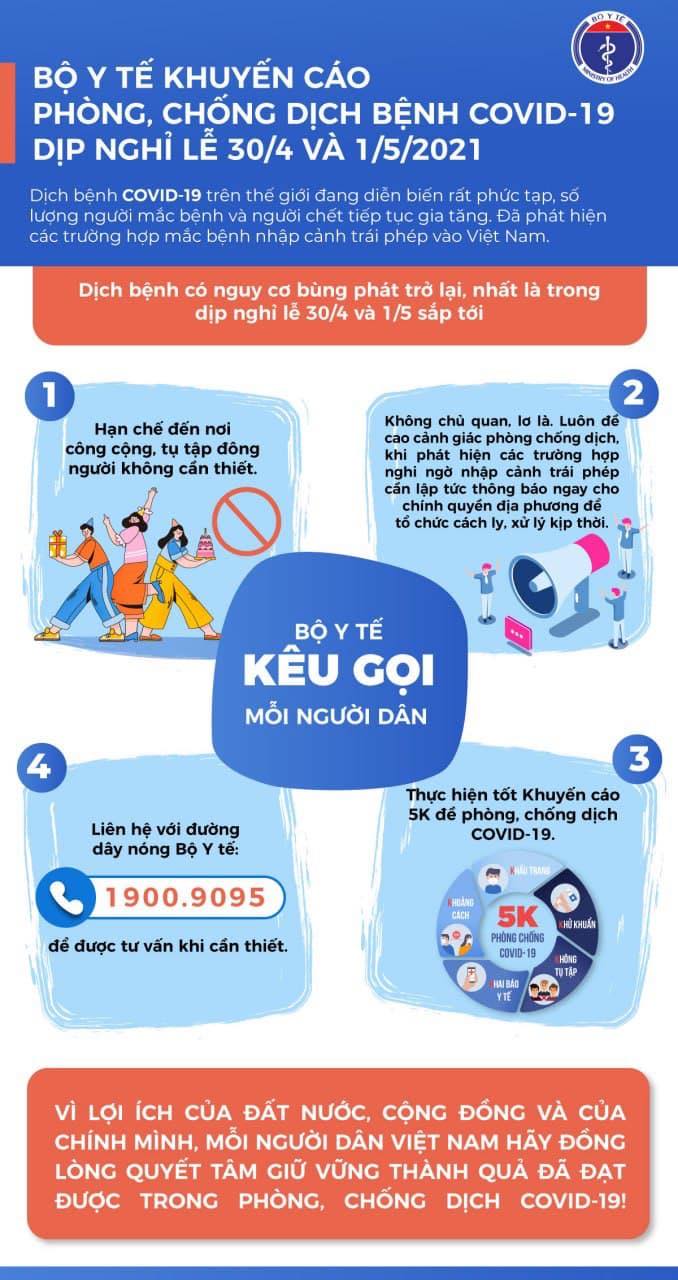