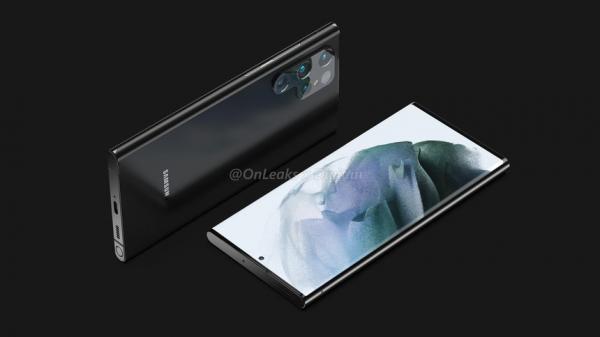 With a square design and a dedicated S Pen slot, the Galaxy S22 Ultra is expected to be able to replace the Note series.

Samsung’s most awaited device will be released in February with significant improvements in both design and performance.

Inheriting the design language and S Pen from the Note series

From the leaked images, it can be predicted that the Samsung Galaxy S22 Ultra will own square edges, similar to the design language of the Note series.

Another montage from LetsGoDigital and technology page 91 Mobiles It also shows that the device has a sturdy frame instead of a rounded design like the Galaxy S21.

But according to Lisa Eadicicco’s pen Cnet, the highlight of the Galaxy S22 Ultra lies in the S Pen, the successor to the Note line. In the previous generation, although the S21 Ultra supported the S Pen, users needed to buy a separate case to store the pen.

The image from the Digit site shows that a dedicated pen slot will be built into the S22 Ultra. Meanwhile, LetsGoDigital and 91Mobiles again posted separate images of the S Pen next to the model.

Although it supports the S Pen, the previous S21 Ultra did not have a pen tray. Photo: LT.

In addition, following the S21 Ultra and S20 Ultra, the S22 Ultra will likely be the largest model in the upcoming Galaxy S flagship series. The device will own a 6.8-inch AMOLED screen with a refresh rate of up to 120 Hz similar to the previous S21 Ultra, according to the leaked information of the site. MySmartPrice and leaker Ishan Agarwal.

Goodbye to the familiar punch-hole camera

According to the renders that have been revealed, the most advanced device in the upcoming S22 series will not own the familiar rectangular or large “pill” camera module. Instead, there is a redesigned P-shaped rear camera cluster. Users can also expect an upgrade in the camera system, especially the zoom ability. Follow Ice Universe, a famous information leaker, the periscope camera on the S22 Ultra has improved optical zoom, producing sharper images than the S21 Ultra. 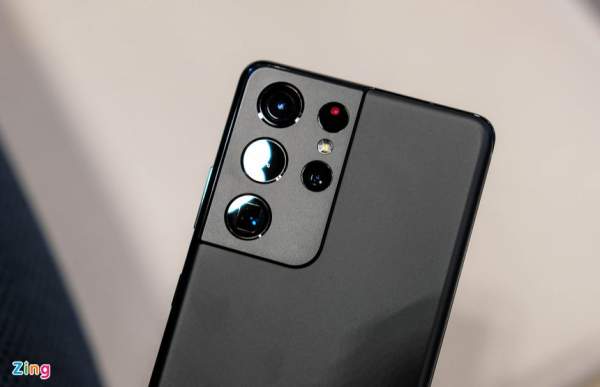 The Galaxy S22 Ultra camera design will also be changed to be more beautiful and modern.

As always, Samsung will still use the Exynos processor developed by Samsung or Qualcomm Snapdragon depending on the distribution market.

The Exynos 2200 chip promises impressive performance and gaming thanks to the GPU based on AMD’s RDNA 2 architecture – found in the graphics cards of the PlayStation 5 and Xbox Series X/Series S. Samsung’s most advanced processor – Exynos 2200 – will be the “weapon” to help S22 Ultra confront the iPhone 13. Photo: Samsung.

In terms of battery capacity, the S22 Ultra is said to use a 5,000 mAh battery with 45 W fast charging capability similar to the previous model, according to information from MySmartPrice.

Samsung’s Ultra series has always had a lot more memory than other models in the S series. The lowest version will have 128 GB of storage and 12 GB of RAM. Next is the 256 GB ROM and 12 GB RAM version and the most advanced version – with 512 GB memory and 16 GB RAM options.

The selling price is still a mystery

There is still no price and official launch date of this year’s flagship S22 series. The model will be launched in the upcoming Unpacked event. Photo: OnLeaks.

However, recently, the CEO of Samsung TM mobile division Roh Tae-moon, confirmed that the Unpacked event to unveil the S22 series model is expected to be held next month. Page Ice Universe predict the event time will fall on 9/2. The Galaxy S22 Ultra will also be the most expensive device in the upcoming series.

The most advanced device in Samsung’s flagship line this year will be the successor to the previous Galaxy Note series. Follow Cnet, this will make it easier for the company to distinguish the Ultra line from the S22 or S22 Plus models.