‘People who work, people who contribute money’ in the 100-day campaign to rescue HoSE 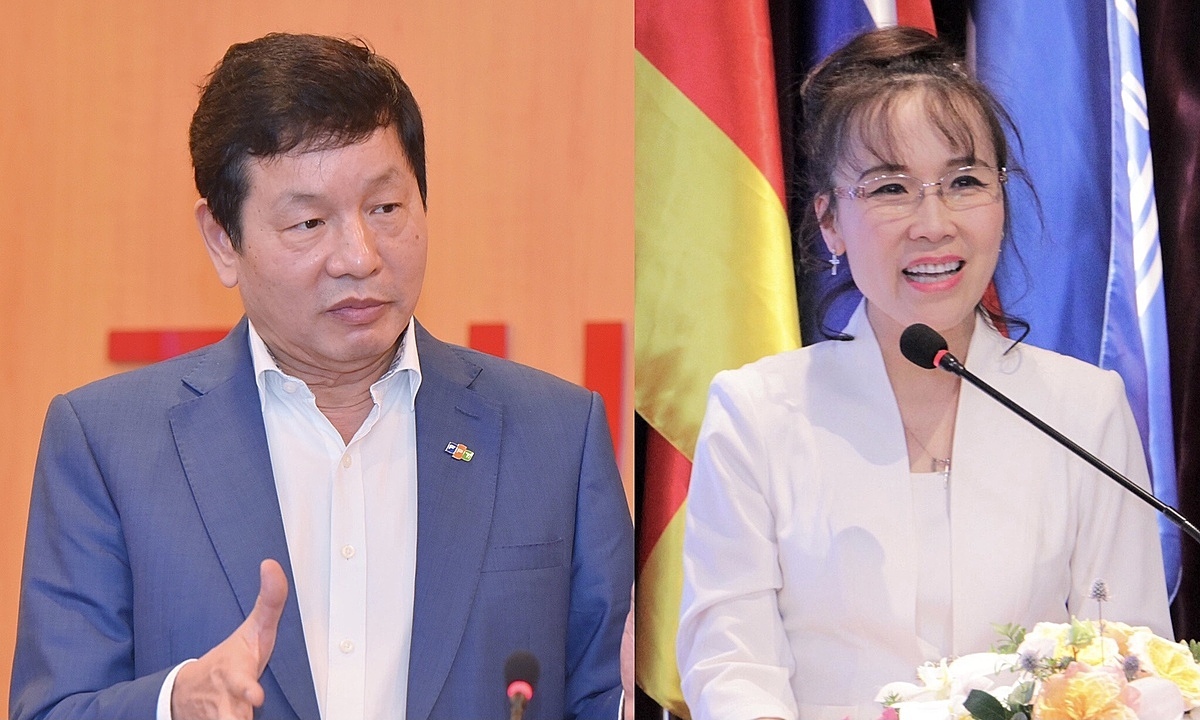 Finance Minister Ho Duc Phuc assessed the campaign as a great victory of the securities industry with the role of “contribution and contribution” from FPT and Sovico.

This comment was made by Mr. Ho Duc Phuc at a meeting on October 15 with FPT Corporation and Sovico Group, two businesses that contributed to solving the order blocking situation of the Ho Chi Minh Stock Exchange (HoSE). .

Order congestion at HoSE took place for more than half a year, from the end of the fourth quarter of 2020. The electronic board sometimes “hangs”, the system is overloaded, causing investors to trade in a “blind” state. This prolonged situation not only harms the psychology and interests of investors, but also damages the reputation of Vietnam’s stock market with international investors.

The stock trading system at HoSE was provided by the Stock Exchange of Thailand more than 20 years ago, as an outdated machine compared to the current market size. The new system through cooperation with the Korea Stock Exchange (KRX) was supposed to be completed in 2017, but it is 4 years past due and still cannot operate.

The 100-day HoSE congestion rescue campaign started in that situation. During the “Dialogue 2045”, the Government “nods” to the proposal of FPT and Sovico to participate in helping.

Right at the three-month mark, HoSE’s new trading system implemented by FPT was officially put into operation in early July with the capacity to process 3-5 million orders a day, more than 3 times higher than the old system. The new system also removes the command allocation mechanism and can be edited in case of problems.

From July until now, the system has operated smoothly and stably. FPT Chairman Truong Gia Binh assessed that “100 days is a fierce battle”, thanks to the total support of the Ministry of Finance and the Securities Commission, it was possible to complete in such a short time.

This is not the first time FPT has participated in technology projects of the financial industry. Finance Minister Ho Duc Phuc acknowledged that FPT has been a “traditional partner” of the industry for 25 years with many contributions in the fields of budget management, treasury, tax, customs, and securities.

Information from the Information Technology Department (Ministry of Finance) said that FPT made nearly 30% of the estimate for arranging information technology for the financial industry in the 2016-2020 period.

Particularly in the field of securities, since 2000, FPT has developed a depository and clearing system for HoSE, a trading system for HNX (in 2005), a system of government bonds (in 2012), securities derivatives (in 2017). And by 2021, FPT’s mark will be evident in solving HoSE congestion at the most urgent period.

In order for the rescue operation to be completed in 100 days, in addition to technology support, the Finance Minister also emphasized that “the big problem is where the money is”.

If the public investment project planning process is followed properly, he is confident that the congestion will persist, losing opportunities for businesses and the development of the economy. “Therefore, the support of capital from Sovico is very important,” said Minister Phuc.

Also during the stressful period because of the epidemic, Sovico has launched many initiatives, such as supporting the website for the fundraising of Covid-19 vaccine funds. The Minister expected that, in the coming time, Sovico, FPT and the business community as “cells” of the economy will have more meaningful initiatives.

The desire to “be trusted” more to contribute to support disease control and economic development were affirmed at the meeting by FPT and Sovico leaders.

Sovico President Nguyen Thi Phuong Thao shared that businesses are ready to participate in major national programs, especially comprehensive national digital transformation. Enterprises hope to be supported and encouraged to be “ready to dedicate and sacrifice themselves” with available capital, management experience, international relations and finance. “We believe that with the help of businesses, the 2045 national development program can even shorten the route by ten years,” she said.

The trust of the Party, State and Government in the business community, also according to FPT Chairman Truong Gia Binh is very important. If given trust, the Vietnamese business community will quickly come up with a comprehensive and comprehensive technology solution to contribute to reducing the number of infections, low mortality, supporting the government in directing the epidemic and in whatever the situation, the business is still operating. Social security issues thanks to technology will also be handled quickly and transparently.

“We will be ready for bigger tasks in a short time if we are given trust,” Binh said. With the greater participation of businesses, the Chairman of FPT believes that Vietnam will be one of the rare countries that can conquer the Covid-19 epidemic, grow economy and be a bright spot to attract investment.