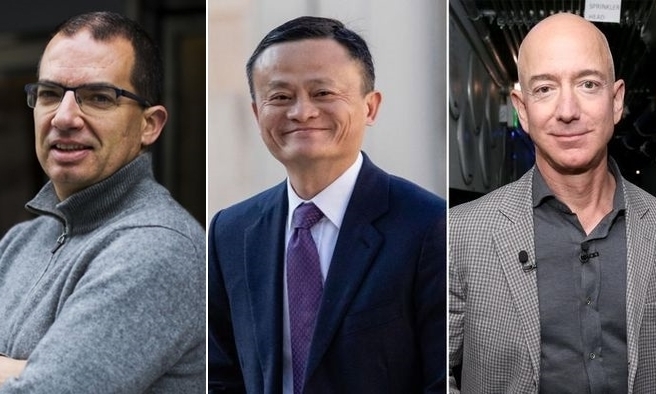 Jeff Bezos has more than $ 200 billion, Stephane Bancel makes billions more with the Covid-19 vaccine, while Jack Ma is in trouble with Chinese officials.

2020 is a very memorable year for Elon Musk, when the companies he runs have had big hits and Musk himself has seen his personal fortune skyrocket. This year, SpaceX successfully launched the first commercial flight into space. Tesla’s Shanghai factory also started delivering cars to Chinese customers, marking Musk’s major step forward in dominating the global electric vehicle market.

Investors’ expectations for the electric car future have helped Tesla’s stock rise, surpassing many names to become the most valuable car company in the world. Tesla also set several records this year for vehicle sales and quarterly profit, and was included in the S&P 500 index.

Thanks to shares of Tesla, Elon Musk’s personal fortune has increased by nearly $ 130 billion. Currently, he is the richest person in the world with 157 billion USD.

Bezos now owns only $ 188 billion, but is still the richest person on the planet. He currently holds an 11.1% stake in Amazon – a company with a market cap of more than $ 1,500 billion.

Bezos this year is also very active in philanthropy. In February, he pledged to spend $ 10 billion on the fight against climate change. He also donated nearly $ 800 million to environmental organizations in November.

Alibaba co-founder this year was mentioned by the media quite a lot. Jack Ma has been a symbol of China’s success, as he went from an English teacher to entrepreneurship and the country’s richest man.

This year will also be another successful year for Jack Ma. He regained the world’s richest throne in March. After that, he helped China remove the post-pandemic image gauze, actively contributing medical supplies to more than 100 countries. Many businesses that flourished during the pandemic helped Alibaba capitalize at times surpass Facebook. The most famous is the IPO plan of payment firm Ant Group, possibly the largest in the world and helps Jack Ma have more than 25 billion USD in assets.

However, things suddenly changed direction. Just a few days before G time, Ant’s IPO was suddenly delayed. Chinese officials want to tighten control of the technology giants as the size and power of these firms are growing. Jack Ma’s criticisms in October about the policy of controlling financial risks have angered Beijing. Jack Ma offered Beijing part of Ant Group, but with no success. On December 24, the authorities also opened an investigation into the exclusive allegation of Alibaba.

Eric Yuan is 50 years old this year. He was born in China, moved to Silicon Valley in 1997 after eight failed visa attempts.

Going to the US, he worked for Cisco Systems and WebEx, before becoming founder and CEO of Zoom – a video meeting tool that emerged in the epidemic. It went public last year, when it was valued at about $ 9 billion. Currently, Zoom’s capitalization has risen to $ 110 billion. Yuan is worth $ 16.7 billion, according to Forbes.

Forbes describes Yuan as a very busy person who rarely travels, but always spends time with his wife and three children. He also has a frugal lifestyle and is loved by his staff.

Although Ambani’s empire was also hit hard when crude oil demand plunged during the pandemic, its shares rose sharply. The reason is that the company’s digital services segment receives investment money from a series of giants like Facebook and Google.

Ambani’s energy empire is slowly turning to e-commerce. The global tech giants want to benefit from this rapidly growing sector in India. Recently, the second most populous country in the world has been interested by foreign investors, especially from Silicon Valley. Google also said it will spend $ 10 billion over the next few years to help accelerate the digitization of the economy.

In addition to technology billionaires, 2020 is also a boom year for billionaires vaccines. Ugur Sahin – co-founder of the pharmaceutical company BioNTech – the vaccine development company Covid-19 with Pfizer now has a net worth of $ 4.2 billion, according to Forbes, mainly thanks to his 18% stake in BioNTech. BioNTech shares have risen more than 250% this year.

Sahin was born in Turkey, raised in Germany. He founded BioNTech with his wife – Ozlem Tureci. Initially, this German company only focused on producing cancer drugs. In January of this year, they turned to Covid-19 after they read about the spread of this epidemic in Wuhan (China). The company’s vaccine is 95% effective during the testing process, and has been approved for use in the UK, US, Singapore, EU, and Canada.

Bancel currently owns 9% of the company’s stock, equivalent to $ 4.1 billion, according to Bloomberg. Moderna makes drugs and vaccines using mRNA technology. “If Moderna were to use traditional vaccine development technologies, the company is probably still in the research process, maybe not even able to start production as it is being achieved,” Bancel said. Business Insider.

Bancel built the company a serious and tough culture. He always gives stern and sharp criticism to his subordinates. Employees either do better or leave the company under Bancel’s control.