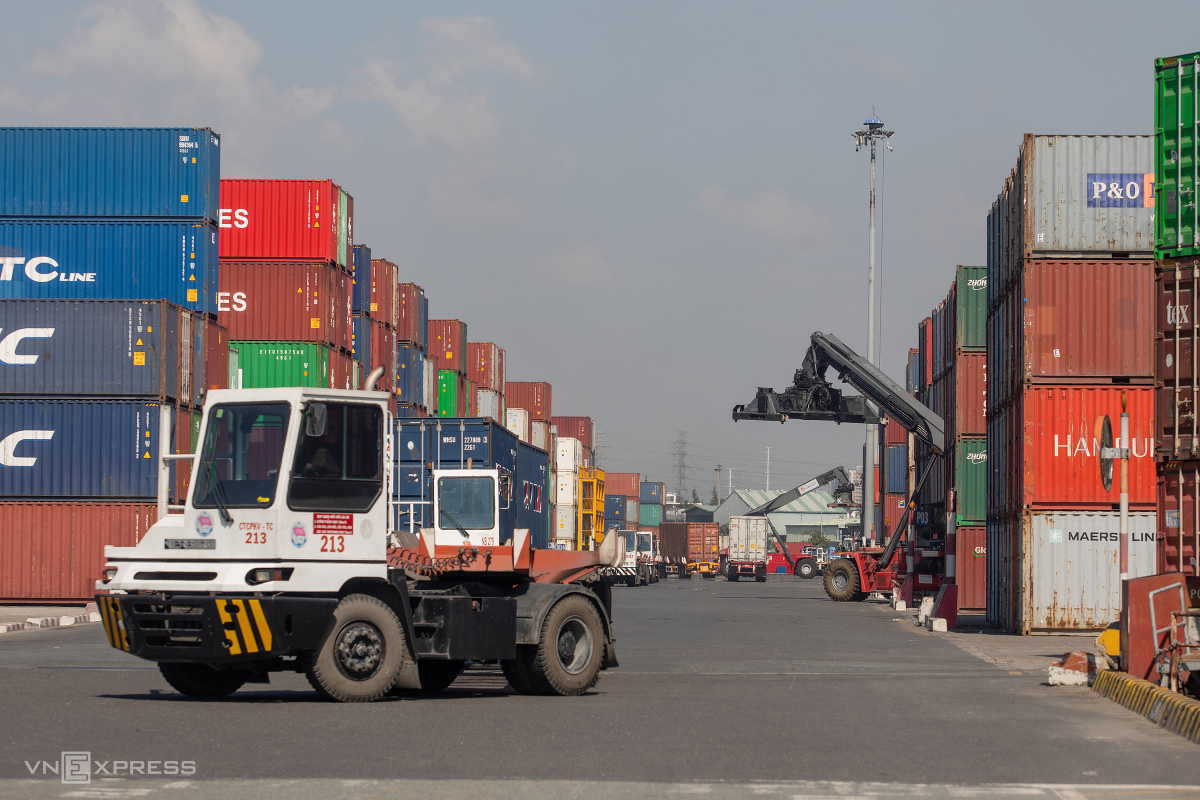 The Department of Transport of Ho Chi Minh City has just reported the results after two days of operating and collecting fees for the use of works, infrastructure, service works and public utilities in the seaport border gate area in the area.

The fee collection method of the city’s inland waterway port authority (toll collection unit) does not use cash through the 24/7 system of commercial banks, which does not affect the time for customs clearance of goods. When businesses pay fees, data will be integrated about seaport ports to manage vehicles in and out.

For businesses that have made a declaration of toll collection but have not yet paid the fee, cargo trucks will still go to the port normally. Customs and port authorities will conduct a check and send notices of unpaid fees to businesses. The above handling does not affect the transport of goods in and out of the port.

Previously, Ho Chi Minh City’s decision to charge for seaport infrastructure caused many reactions in businesses. Many industry associations and businesses repeatedly proposed to delay the fee collection period but were not accepted.

Most recently, at the beginning of March, seven associations proposed that Ho Chi Minh City move to the end of December 31 to help businesses avoid falling into difficulties and exhaustion.

The associations said that in the second half of 2021, many businesses had to stop operating because of the epidemic, while having to pay many expenses such as wages for workers, interest on bank loans, inventory costs, warehousing… due to not exporting, selling goods. Therefore, businesses believe that, if Ho Chi Minh City decides to collect seaport fees on April 1, businesses will be exhausted.

According to Ho Chi Minh City authorities, the fee for seaport infrastructure has been delayed twice so far. For the first time, instead of applying it from July 2021, the City Council is expected to collect it from the beginning of October 2021.

Until October last year, in order to support businesses to overcome difficulties caused by the Covid-19 epidemic, the People’s Committee of Ho Chi Minh City continued to request the City Council to delay the time to collect seaport infrastructure fees until April 1, 2020. 2022, 6 months behind schedule.

– For goods temporarily imported for re-export, stored in bonded warehouses, in transit and transferred from one border to another, the fee of 50,000 VND per tonne will be applied for liquid and bulk goods not packed in containers; 4.4 million dong per container for 40 feet container and 2.2 million dong per 20 foot container.