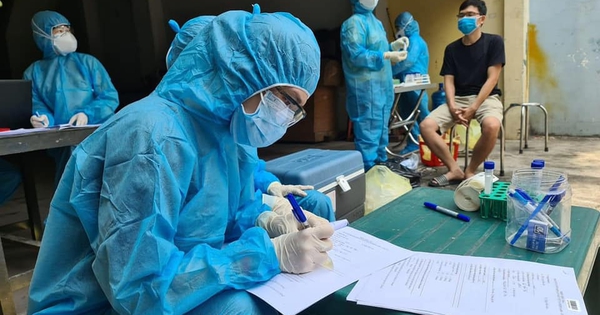 59 cases recorded in the country

– CASE BN9763-BN9782 recorded in Ho Chi Minh City: 3 cases related to the group point of the Renaissance Mission Church, 17 cases are F1 cases; has been isolated. The test result was positive for SARS-CoV-2.

– CASES BN9783-BN9784 recorded in Ha Tinh province: is the F1 of BN9567; has been isolated. The test result on June 10 was positive for SARS-CoV-2. Currently being isolated and treated at the General Hospital of Cau Treo International Border Gate, Ha Tinh province.

During the day, the whole country had 72 patients announced to be cured, increasing the number of cured cases: 3,708 cases, the number of deaths was 55 cases.