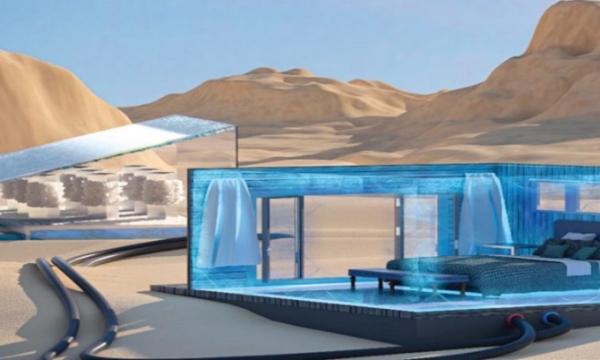 The researchers designed a system that uses a combination of sunlight and salt water to create a cooling effect instead of using electricity.

The experimental system that King Abdullah University of Science and Technology (KAUST) in Saudi Arabia is developing takes advantage of a “phase change” phenomenon in which energy is absorbed when salt crystals dissolve in water. This means that if you add salt to warm water, the water will cool quickly because the salt dissolves.

After several experiments with different salts, the researchers found ammonium nitrate to be the most effective. Thanks to its high solubility in water, the compound is four times more cooling than the second best salt, ammonium chloride. In addition, ammonium nitrate is widely used in fertilizers and is cheap.

After all the salts are dissolved, solar heat is used to evaporate the water. The salt stays as crystals in the cup. Those crystals can be collected again and reused in the cooling system. A research team led by Professor Peng Wang at KAUST describes the system in detail in the journal Nature Energy and Environmental Science September 1st.