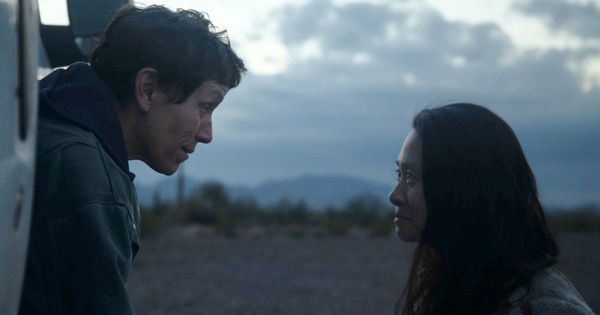 Nomadland is a work by Chinese-born director Chloe Zhao, starring Frances McDormand starring the female lead named Fern, a widow nearly 60 years old. Having lost her job due to the factory shutdown, Fern decides to sell it all, buy a van and start living like a nomad.

According to Reuters, the awards ceremony of the British Academy of Film and Television Arts, called BAFTA for short, was held online for two nights. Due to the epidemic of acute respiratory infections COVID-19, many awardees participated via video.

In addition, some actors such as Hugh Grant and Priyanka Chopra Jonas appeared at the Royal Albert Hall in London while other artists such as Renee Zellweger and Anna Kendrick were present at a studio in Los Angeles to showcase. awards.

Movie Nomadland no stranger to the awards this year. The film received the Golden Globe Award for Best Drama category. Chloé Zhao is also the first Asian female director to receive the prestigious award. The film is also receiving four nominations for the 2021 Oscar.

The official trailer for the movie Nomadland

Speaking upon receiving the best director award at BAFTA, Chloe Zhao said: “We want to dedicate this award to the nomadic community who generously welcomed us into their lives.”

“Thank you very much for showing us aging is a beautiful part of life, a journey that we all should cherish and celebrate. The way we treat our elders speaks volumes.” about who we are as a society and we need to do better. “

Other notable awards from BAFTA are: Best Actor Award for Anthony Hopkins in the film. The FatherBest supporting actress award went to Youn Yuh Jung in the movie Minari.

Daniel Kaluuya was awarded the Best Supporting Actor award for his role in the film Judas and the Black Messiah.

Director Li An (Ang Lee), directing films Brokeback Mountain, Life of Pi, Received the Lifetime Achievement Award – the most prestigious award from BAFTA for its dedication to cinema. He became the 3rd Asian and the first Chinese director to win this award.

After being criticized last year for providing an acting nominee that includes whites, this year more than half of the 24 nominees were black actors.

Nomadland: We are nomads in the wilderness of life

TTO – Some people choose to live on an RV, but there are destinies to live it. The Great Depression of 2008 pushed many people into unemployed cars, running, whether they wanted or not. Nomadland coming at this point adds more meaning.