Nobel 2020: Thrilled to wait for the award-winning owners 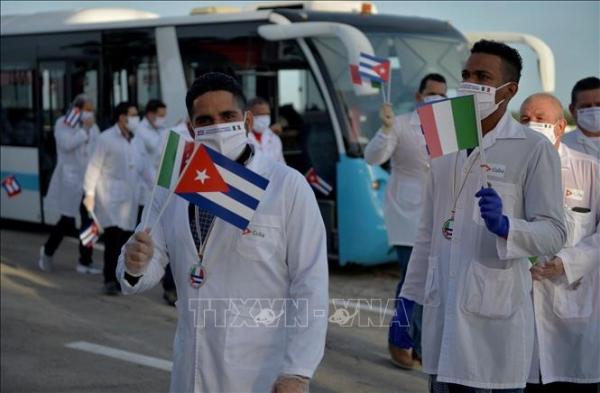 The COVID-19 acute respiratory infection pandemic may cause the 2020 Nobel Prize ceremony to adjust the organization, but cannot change the timing of announcing the owners of the prestigious annual awards, which are expected. Wait for this.

“The COVID-19 pandemic is a huge crisis for humanity, but it also shows how important science is,” said Lars Heikensten, head of the Nobel Foundation.

Even so, it seems certain that Nobel 2020 will not award any awards to research directly related to the SARS-CoV-2 virus or to efforts against COVID-19, as studies need to be. prove effectiveness for many years before a chance to win a Nobel Prize.

Virologist Erling Norrby – who served as the permanent secretary of the Royal Swedish Academy of Sciences – said the awarding committees “will not be dominated by any of the circumstances in the world. gender at that time “. “Winning this award takes time, in my opinion, it will take at least 10 years before you can fully understand the impact of a new study or discovery,” he stressed.

Keeping the same tradition every year, the new winners of the 2020 Nobel Prize will be announced in turn in the first (full) week of October, in which the earliest Nobel of Medicine and the latest is Nobel Economics. .

The Nobel Prize in Medicine will be announced by the Nobel Council at Karolinska Institute in the Swedish capital Stockholm at 16:30 on October 5 (Vietnam time). Ahead of this event, the scientific news site of the American Institute of Physics (AIP) made a list of potential candidates.

Among these, the most prominent is American scientist Pamela Bjorkman and colleague Jack Strominger with research on signals of the immune system. Next, there are research on mini internal organs grown from stem cells by 3 scientists including Dutch scientist Hans Clevers and two Japanese scientists Akifumi Ootani and Toshiro Sato.

Meanwhile, SR radio and the largest Dagens Nyheter daily newspaper in Sweden said that the Nobel Prize in Medicine 2020 could be awarded to French-Australian scientists Jacques Miller and US-based Max Cooper following the discoveries of T cell and B cell family in the 1960s – ushering in research breakthroughs in cancer and viral treatment.

Previously, in 2019, the pair of scientists also won the prestigious Lasker award in the US for this research content. Or victory could also be won by Lebanese American geneticist Huda Zoghbi, with her discovery of a genetic mutation leading to Rett’s brain disorder syndrome.

The daily Dagens Nyheter also leans towards American scientist Mary-Claire King – who discovered the genetic gene BRCA1 that carries the pathogen of breast cancer and the team of scientists who studied hepatitis C treatments including Ralf Bartenschlager (German), Charles Rice (American) and Michael Sofia (also American) – the trio of scientists were previously awarded the Lasker Prize in 2016.

Other names that are also mentioned regularly in this year’s Nobel season are the two scientists Emmanuelle Charpentier (French) and Jennifer Doudna (American), with a gene editing technique called the DNA Cutting Tool. CRISPR-Cas9 – a genetic “scissors” used to cut the mutant gene in human embryos and replace it with a modified version; or immunologist Marc Feldmann (Australian) and British Indian scientist Ravinder Maini with research on rheumatoid arthritis; and American oncologist Dennis Slamon with to research on breast cancer and the treatment Herceptin.

The Royal Swedish Academy of Sciences in Stockholm is scheduled to announce the Nobel Prize in Physics at 16:45 on October 6. Astrophysicists Shep Doeleman (American) and Heino Falcke (German) could win for studies that lead to an image of a black hole for the first time in April 2019. While it is argued that this award deserves to be given to the American mathematician Peter Shor, who paved the way for today’s studies of quantum computing.

In this same time frame on October 7, the Royal Swedish Academy of Sciences will announce the Nobel Prize in Chemistry. According to the predictions of Inside Science journal, chemist Krzysztof Matyjaszewski of Carnegie Mellon University and his colleague Jin-Shan Wang could win the award for research on how to make synthetic polymers. In addition, two scientists C. Grant Willson and Jean Fréchet at IBM are also good candidates for research to help improve computer chips.

Meanwhile, SR radio predicted that the owner of the Nobel would be the scientist Christopher Murray with his work on semiconductor nanocrystals; or the American scientist pioneering the Leroy Hood gene sequencing study.

Experts say that the Nobel Peace Prize 2020 could go to the Committee for the Protection of Journalists, or the “climate warrior woman” Greta Thunberg or the Friday for the Future movement (against climate change), or an organization under the United Nations such as the World Food Program (WFP) or the World Health Organization (WHO).

Swedish literary critics say that Jamaican writer Kincaid is a strong candidate for the Nobel Prize in Literature 2020. This Caribbean-American author is famous for his works on colonialism, racism and gender. “Kincaid and her stance on ethical and political issues need to be heard today,” said Mr. Bjorn Wiman, veteran culture editor at Dagens Nyheter daily.

The Nobel Peace Prize experts argue that there is a lack of a dominant figure in this year’s Nobel Peace Prize nominations. “There hasn’t been any big progress that actually led to peace or agreement,” said Dan Smith, head of the Stockholm International Peace Research Institute (SIPRI).

Nobel is an international award established by the Nobel Foundation in Stockholm in 1901 in accordance with the will of Alfred Nobel, the Swedish inventor and philanthropist, in 1895. The awards are awarded annually to individuals and organizations have outstanding contributions in the fields of Medicine, Chemistry, Physics, Literature, Peace. In 1968, the Central Bank of Sweden established the Bank of Sweden Prize for Economic Science in tribute to the Nobel Prize, also known as the Nobel Prize in Economics.

Each award includes a medal, proof of identity and a bonus. From 1901-2019, awards were awarded 597 times to 950 individuals and organizations around the world. The youngest Nobel Prize winner is Malala Yousafzai. She was only 17 years old when she won the Nobel Peace Prize in 2014. This year, each Nobel Prize will be awarded 10 million Swedish Krona (more than 1,120,000 USD). Prizes will be divided equally, if more than one person is honored.

Nobel 2020: Thrilled to wait for the award-winning owners