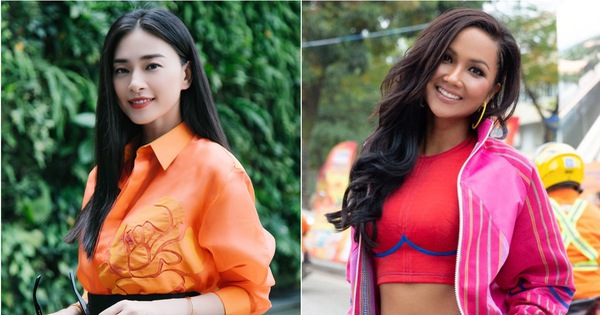 578: The madman’s shot just revealed the first scenes with chases, fights and chases with large displacement trucks, containers. The film is about the journey to find, protect and reclaim justice for the daughter of a container truck driver. On that journey, the father discovers a network of dangerous criminals.

This is also the first movie H’Hen Niê participates in. miss appeared with a thorny, strong image of a female role with a special identity, always secretly accompanying the father character in the film.

The first images of action movie ‘578: Bullets of the madman’ – Source: NSX

Besides, 578: The madman’s shot There is also the participation of Hoang Phuc, Tuan Hac, Ngoc Tinh, Jessica Minh Anh … The film is expected to open in theaters from August 13.

Ngo Thanh Van shared Thanh Wolf is the most memorable movie project during her filmmaking when she has to work with high intensity, while in the epidemic situation, the whole crew face many challenges. 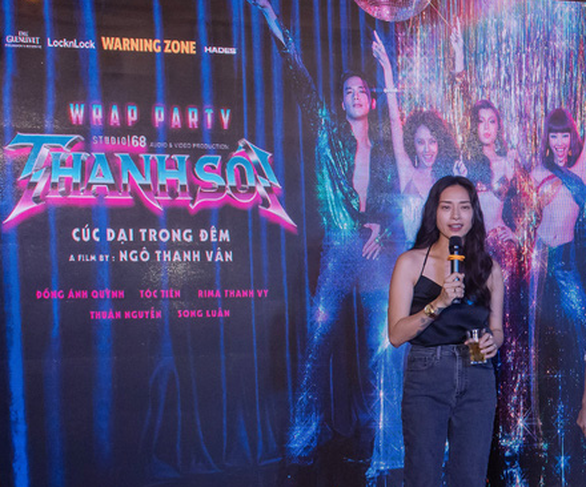 Ngo Thanh Van shared at the party to celebrate the end of filming – Photo: ĐPCC

“I work 14 hours a day, some days up to 19 hours, some days 24 hours. Other people have a day off to sleep. I work as a director and producer as well as a CEO of a company. So I don’t have days off, which means I don’t have time to sleep either.

I have been doing that for the past 4 months. And I really have moments when I think I’m down. My body started experiencing a lot of pain in many different places, because I watched the monitor for many hours a day. I lost weight and had frequent brain pain, “said Ngo Thanh Van.

The cast of the movie ‘Thanh Soi’ – Source: NSX

Thus, after 74 days of filming with more than 200 personnel working hard day and night, the project Thanh Wolf by Ngo Thanh Van has officially closed the machine and entered the post-production stage. The film is set in 1990s Saigon, is said to be a prequel to Hai Phuong.

“With the success of the project going ahead, we put great faith, expectation and enthusiasm for it Thanh Wolf. Surely it will bring to the audience a full-fledged, “feminine” martial arts film of Ngo Thanh Van, she added.

Thanh Wolf is scheduled to hit theaters by the end of 2021.

Movie Trailer ‘Shang-Chi and the Legend of the Ten Rings’ by Marvel – Source: NSX

Legendary Asian actor Luong Trieu Vy plays Wenwu – the super villain Mandarin, the leader of the Ten Rings organization and the father of Shang-Chi. The father trained Shang-Chi to become an excellent martial artist to cope with the forces around the world.

When growing up, Shang-Chi escaped from the Ten Rings to live a normal life in San Francisco. His companion is Katy (Awkwafina), a humorous and optimistic hotel worker. Katy doesn’t know about Shang-Chi’s past. When he saw him show super power in an accident, she was surprised but then became a powerful assistant.

Shang-Chi and the Legend of the Ten Rings scheduled to launch on September 3.

Competition The Heroes – The 2021 idol idol is receiving the public’s attention since the debut of the participating artists until now.

The Heroes – Idol idol is a reality TV show involving 12 pairs of famous singers, musicians or music producers competing against each other. Episode 1 will air on channel VTV3 on May 23.