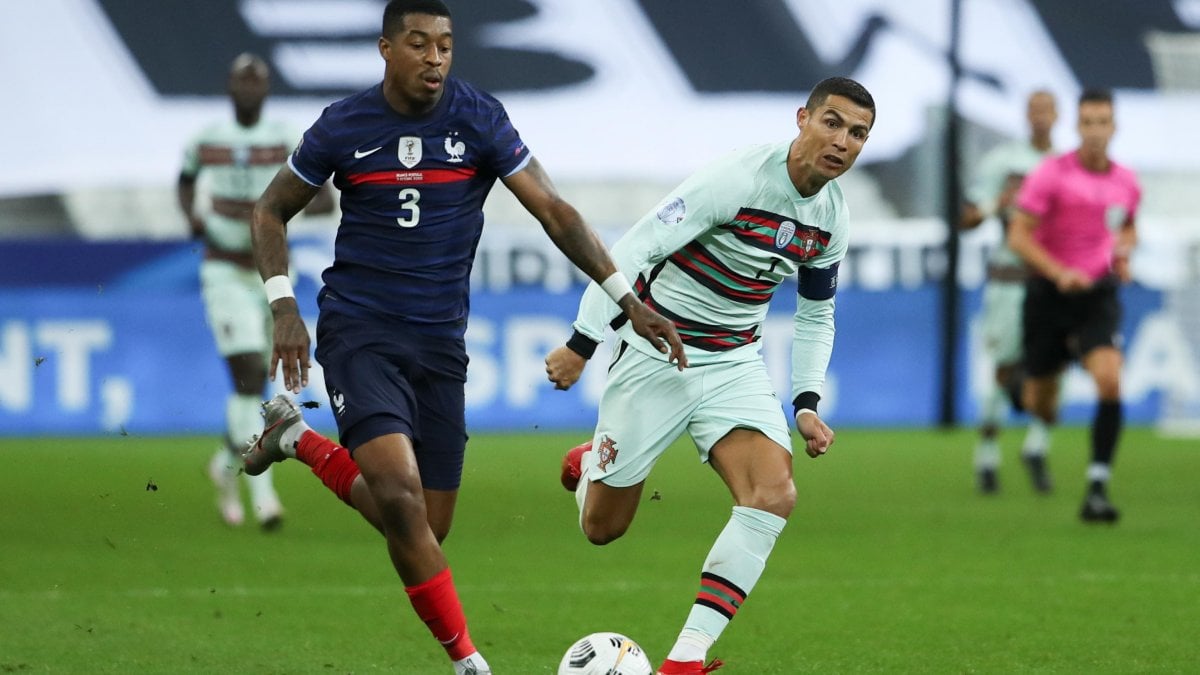 ROME – The big match of the Stade de France between France and Portugal, valid for the third day of group 3 of League A ends without major jolts and with a disappointing 0-0. A comeback success, however, in England’s group 2 over Belgium which allows the national team of the Three Lions to leap to the command of the group with the red devils now forced to chase. Lukaku scores from a penalty. The Netherlands did not go beyond 0-0 at home against Bosnia and remained behind Italy, always stopped at 0-0, in Poland.

Netherlands-Bosnia 0-0
The Netherlands did not take advantage of the draw between Poland and Italy by not going beyond 0-0 against Bosnia and Herzegovina. Match with very few emotions. Without Dzeko, who entered only in the second half, the home team tried to take the lead with Pjanic in the second half, but Cilessen saved. The Orange respond in the final first with Frankie, then with de Jong, but the challenge remains blocked at 0-0.

GROUP 2
England 2-1 Belgium
Iceland 0-3 Denmark
England’s comeback success at Wembley beating Belgium 2-1 in the challenge valid for group 2. Guests ahead at 16 ‘with a penalty obtained and transformed by the Interista Lukaku. The advantage, however, does not last long, because at 39 ‘it is Rushford, still on a penalty (withholding by Meunier on Henderson) to even the score. In the second half, Mount at 65 ‘completes the comeback with a nice round shot deflected by Alderweireld. The final assault of Martinez’s men was useless, England held up and won. With this success, Gareth Southgate’s national team reaches the top with 7 points, while Belgium remains stationary at 6. Behind the red devils, Denmark approaches and passes Iceland 3-0 and rises to 4 points in the standings. An own goal by Sigurjonsson opens the scoring in the first half final, then in the second half Halldorsson and Skov close the Icelandic practice.

GROUP 3
Croatia 2-1 Sweden
France-Portugal 0-0
The big match of group 3 between the first two of the group, France and Portugal, ends with nothing. At the Stade de France it ends 0-0 with the world champions who are seen only from a distance with Griezmann and Pogba, an opaque evening, however, for Ronaldo who never manages to worry Lloris. His last chance of the match, but it’s not an evening for the Juventus player. Both selections rise to 7 points, waiting for the return scheduled in three days in Portugal. Croatia’s 2-1 win in Zagreb against Sweden. Vlasic opens the scoring at 32 ‘, in the second half at 66’ the same as the Swedes with Berg. Six minutes from the end, however, Kramaric gives his three points. With this success, Croatia reaches 3 points, while Sweden remains at zero.

ALLOY B
In group 1 Austria and Norway continue arm in arm, leading with 6 points each. Foda’s men went to Northern Ireland thanks to a Gregoritsch goal in the first half. The Scandinavians, on the other hand, overwhelm Romania 4-0 thanks to a hat-trick from a wild Haland and a goal from Sorloth. In group 2 victories for Scotland and the Czech Republic. Dykes launches the Scots against Slovakia (1-0), an own goal by Hanna and a goal by Vydra, however, allow the Czechs to break through Israel (1-2). In group 3 the challenge with rich political meanings between Russia and Turkey ends 1-1: Karaman responds to the initial advantage of Mirancuk. Hit by Hungary in Serbia (0-1), decides a goal by Konyves. In Group 4 Finland took advantage of Wales’ 0-0 draw in Ireland to move closer to first place. The Finns beat Bulgaria 2-0 with Taylor and Jensen.
GROUP 1
Norway-Romania 4-0
Northern Ireland 0-1 Austria
GROUP 2
Scotland 1-0 Slovakia
Israel-Rep. Cea 1-2
GROUP 3
Russia 1-1 Turkey
Serbia-Hungary 0-1
GROUP 4
Ireland-Wales 0-0
Finland 2-0 Bulgaria

ALLOY C
Two pyrotechnic draws characterize the matches between Armenia-Georgia (2-2) and Estonia-Macedonia (3-3) which in fact does not change the situation of group 2 of League C which sees Macedonia and Georgia in command with 5 points, followed by one point away from Armenia. Greece and Slovenia fly to 7 points in Group 3 after their respective wins over Moldova (2-0) and Kosovo (1-0). Balance in group 4 with all 4-point formations. 2-2 between Lithuania and Belarus, 0-0 between Kazakhstan and Albania.
GROUP 2
Armenia-Georgia 2-2
Estonia 3-3 Macedonia
GROUP 3
Kosovo-Slovenia 0-1
Greece-Moldova 2-0
GROUP 4
Lithuania-Belarus 2-2
Kazakhstan 0-0 Albania.