National, Mancini is already thinking about the World Cup: and even the little Moldova becomes important 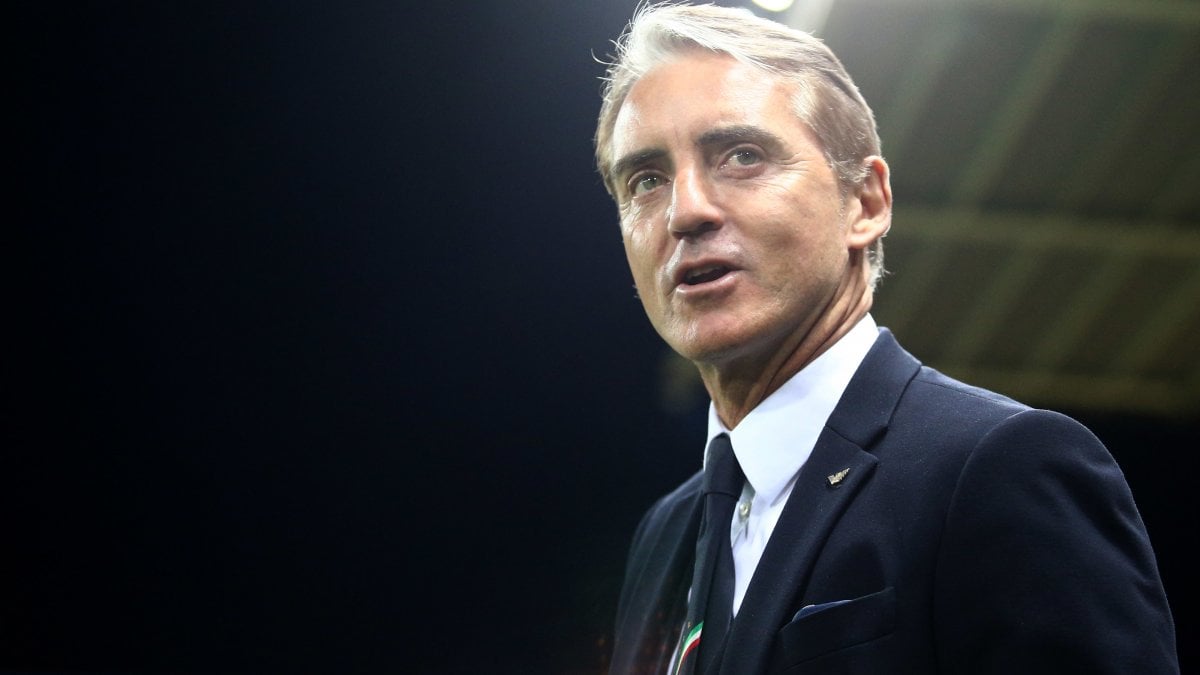 FLORENCE – Stop fighting: tomorrow evening there is Italy-Moldova with half Sassuolo on the pitch. Berardi, Locatelli and Caputo, the 33-year-old rookie. The unscreamed appeal of Mancini and his blues could make you smile, but it must be listened to. In Italian football, the perfect metaphor for the country, quarrelsome and biased by definition even during the Covid emergency, there is a new polar star, pacifying and unifying: the national team. In theory this is not new: in fact, there is no event, more than the victories of the Azzurri in the World Cup or the European Championship, capable of bringing the opposites closer, which obviously then immediately return to divide. Except that this magical effect usually takes place every four years or if it really goes well every two years and if it goes wrong as has happened lately, much longer intervals. But this time the druid called technical commissioner – who does not always manage to administer the miraculous potion to incorrigible quarrels – has found the right recipe in an unexpectedly short time and regardless of canonical recurrences: Mancini’s national team is putting Guelphs and Ghibellines in perennial agreement scuffle thanks to his modern and spectacular game, devoted to attack and regardless of the defensive label, which for decades has pursued the Italian football school on the basis of obsolete and now set aside rules. As evidenced by the television ratings and the comments of the people of the web, a fickle critic and an easy and free insult, this Italy is liked and interested even now that there is no World Cup or European Championship, but simply the Nations League, that is a substitute for them, or even a friendly match like tomorrow’s with Moldova, where they will play the second lines and where Lazio’s Lazzari will try to get back in the running for a place between 23 in June. Nothing exciting, at first sight.
National

Nazionale, Florenzi: “Mameli’s hymn at the time of Covid gives an extra emotion”

Armor the Fifa rankings
However, Mancini already as a footballer was an esthete not devoid of pragmatism, when he knew how to combine concreteness with the artistic sense, so he is never satisfied with a partial success: he already has his head at the 2022 World Cup, the ideal point of arrival of his cycle as coach and A highly anticipated catharsis for 14 years, because the eliminations in the first round of South Africa 2010 and Brazil 2014 and above all the failure to qualify for Russia 2018 made the magnificent memory of Berlin 2006 melancholy. This is why no one smiles, when Mancini explains that even a friendly match apparently insignificant is a very important appointment. Moldova must be beaten in order not to risk ending up in a treacherous group, in the draw for the 2022 World Cup qualifiers. Moldova, which ranks 175 in the ranking, must also be taken terribly seriously. The harangue was revealed by Florenzi, the veteran who with the transition to PSG seems to have further overcome the competition for the right-back position among the 23 for the European Championship. Mancini clearly illustrated to the Azzurri the goal to be achieved in 2021, even before facing the tournament in June, whose first three matches in Rome, against Turkey, Switzerland and Wales, will mark the return to Italy of a great event for National A since the 1990 World Cup.

The coach knows that any benevolent judgment on his path as Ventura’s successor, after Di Biagio’s interregnum, would be canceled by a false start in qualifying for Qatar 2022, which will begin in March 2021. He also knows that any stumbling blocks would spoil the climate peaceful approach to the European Championship and would affect the growing self-esteem of the players. It is therefore advisable to win all the games that remain before the draw. There are six, in order. Now, in October, tomorrow’s friendly match in Florence with Moldova and for the Nations League the trip to Gdansk with Poland (on the 11th) and the duel in Bergamo with the Netherlands. Then, in November, the friendly match against Estonia again in Florence (11th), the return of Nations at home with Poland in Reggio Emilia (15th) and at the end of the Nations group the transfer of Zenica with Bosnia (the 18th). In a month and a half Italy will play the role of seed: in 2016 the draw destined them to the fatal group with Spain, which forced them to the play-off lost against Sweden. In order not to repeat that experience, the national team must remain among the top 10 Europeans in the FIFA ranking. Having completed the tiring climb after Ventura to the current seventh European place (twelfth in the world ranking), it would be a crime to waste everything. The advantage over competitors is not yet reassuring. Italy has 1612 points, a slight margin on Holland (1603), Germany (1602) and Switzerland (1600), but also on Denmark, the eleventh European (1593). And friendlies against weaker opponents are risky, because even a simple draw can cause you to lose points in the standings.

Covid also besieges the Moldovans
Mancini does not even want to hear about a slip against little Moldova. Indeed, he wants the rise to continue and has already sighted the sixth European, Croatia (1628 points). He really has the World Cup in mind. As always in this 2020 which until September has canceled the activity of the national classic earthenware vase in the middle of the iron vessels (the European cups, the big clubs, the championships), the additional obstacle is called coronavirus. No team is immune from it and UEFA knows perfectly well, which to keep the Nations League on its feet has set up special health-sports corridors for the movement of players between countries, even where borders are closed or where there is a mandatory quarantine. The dates of 8 October and 12 November are destined, in a single match, to the semifinals and finals of the play-offs for the assignment of the last 4 places to the European Championship: they compete in League A Iceland-Romania and Bulgaria-Hungary, in League B Bosnia-Northern Ireland and Slovakia-Ireland, in League C Scotland-Israel and Norway-Serbia, in League D Georgia-Belarus and North Macedonia-Kosovo. For the others, including Italy, there are friendlies, which Germany coach Löw did not want to play: he considers them risky due to the accumulation of fatigue. According to unofficial sources, his federation is even against the Nations League: too dangerous in these times of Covid. The Fifa circular, which allows clubs to deny players to national teams in the event of complicated and risky travel, adds to the difficulties for the coaches. The siege of Covid remains the same: the November games, which the federations hoped to be able to play in partially open stadiums, have already been distributed according to criteria that seem to confirm the prospect of closed doors. In anticipation of this, the FIGC itself moved Italy-Estonia from Benevento to Florence and Italy-Poland from Rome to Reggio Emilia. Not even the friendly match of tomorrow escapes fate. Moldova, who played in Italy in Parma with Kosovo in their September debut in the Nations League, this time has more problems: his 21-year-old talent Damascan loaned from Turin to Waalwijk, has remained in the Netherlands because 8 players and members of the club’s staff are positive at Covid and the team ended up in quarantine. Meanwhile Mancini, who has already had to renounce the Napoli players, is waiting to know from the pads if he will be able to have the captain and the vice-captain, the Juventus players Chiellini and Bonucci for the Nations. Nobody wants to give up a priori. In this national team, peacemaking and unifying, everyone really wants to play, perhaps even to experience evenings like the one next October 14 with the Netherlands. When the Azzurri embrace Bergamo, theirs will truly be a popular message.