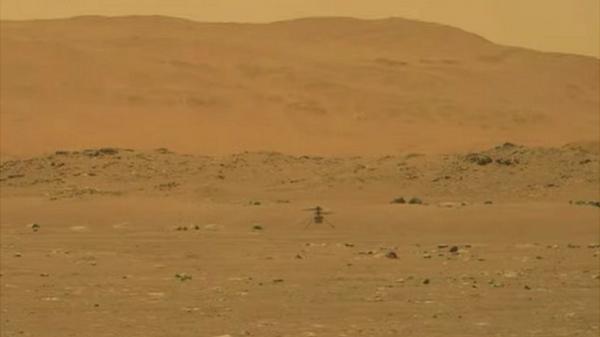 The drone, called the Ingenuity, flew in the air in Mars for less than a minute. However, NASA said it was the first time that a plane had taken off in another world.

The confirmation is given via a satellite at Mars, which relays the helicopter’s data back to earth. NASA promises to have more adventurous flights tomorrow, April 20, through which to fly higher and farther while engineers test the limits of technology.

Project director Ingenuity at NASA’s Jet Propulsion Laboratory in Pasadena City, California, USA, said: “Now we can say that humans have made a flight on another planet. “.

Taking off on Mars – often referred to as the “Red Planet” – is not easy. The atmosphere here is so thin, only 1% of the density on Earth, so the propellers have difficulty achieving the lift needed to help the plane fly. They had to spin at more than 2,500 rpm to lift the fuselage off the surface.

The same drones could be used to “pre-station” in the future, even for astronauts before they set foot on Mars.

Meanwhile, NASA has also approved a helicopter mission to Titan, Saturn’s largest moon. Accordingly, the Dragonfly drone will arrive in Titan in the mid-2030s.