Music Letter: The ‘hypnosis’ of music 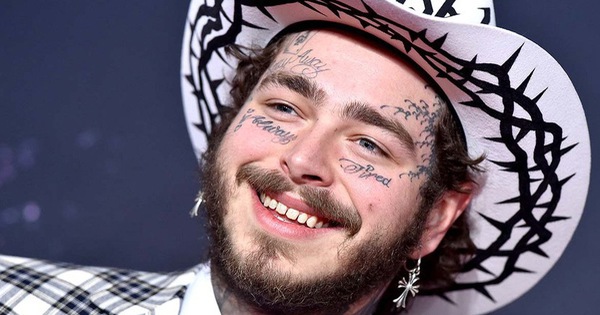 first At the age of 21, he broke Michael Jackson’s Billboard chart with the legendary Thriller.

It wouldn’t be strange if he couldn’t achieve it with Stoney alone – a “sticky meat” debut album about love and money with sparkling-clear images like “making love in a Lexus” .

Recently, he won 9 awards at the Billboard Music Awards with his third album, Hollywood’s bleeding (Hollywood is bleeding). And it wouldn’t be strange if the album wasn’t that much like Stoney.

Five years out of three albums, but the only thing that has changed in Post Malone’s music seems to be the name of the car companies: the second album he included Bentley under the title Beerbongs and Bentleys.

As for the latest album, people suddenly thought he was different when he heard the opening song Hollywood’s bleeding dark and misty, about fosterers in the movie capital, prey to drooling vampires. nocturnal and wondering “who will come to my funeral?”.

But near the end of the song, Lamborghini car image appeared. And the next 16 songs are back to style like Stoney.

In short, in addition to the chord loop, Post Malone also has a loop that he himself formulated in the title of a song: Rich and Sad – Rich and Sad.

2 There is an ancient “belief” that in order to be successful, an artist must renew himself. Look at a series of icons: Michael Jackson, Prince, Madonna – they all evolved quickly and unpredictably.

Even contemporary stars like Beyoncé and Lady Gaga seem to be pursuing that path.

And suddenly there is a Post Malone, seemingly with no ambition to change anything, his songs sound the same in rhythm, melody, theme, structure and no progress, but he still super famous.

Maybe Post Malone is a special phenomenon? Maybe not. Before Post Malone, there was a famous Rihanna in exactly the same way. We can also see such cases in the Vietnamese market, of which My Tam is a typical example. Then why?

That nonsense turned out to be extremely plausible. Repetition is the magic part of music. Start with single products, don’t have to wait until Post Malone is the one who takes advantage of the structure that repeats several notes continuously, Pachelbel’s Canon in D or Beethoven’s Symphony No. 5 is the pinnacle of repeat.

Post Malone or Rihanna is just extending the notion of repetition, not just within the framework of a song, an album, but a whole career up to now. Perhaps they also wonder, why change?

Even legends like Aerosmith or Fleetwood Mac have failed in their attempts to change themselves. Who needs Aerosmith to rap metal? Who needs Post Malone to sing deep and complex songs?

Repetition “is a form of hypnosis,” wrote Murakami – a pop star of the literary world – once wrote. It is impossible to tell artists like Post Malone to stop hypnotizing the audience, the only way is for the audience to wake up their dreams.

Ethnographic musician Bruno Nettl once discovered that repetition is a rare feature that is universal in music of all cultures. And more broadly like in the book On Repeat: How music plays the mind by psychologist Elizabeth Margulis, people don’t like to “risk” with their ears. They like to listen to the patterns over and over again.