Mr. Nguyen Anh Nhuong Tong: ‘I did not run away from Yeah1’ 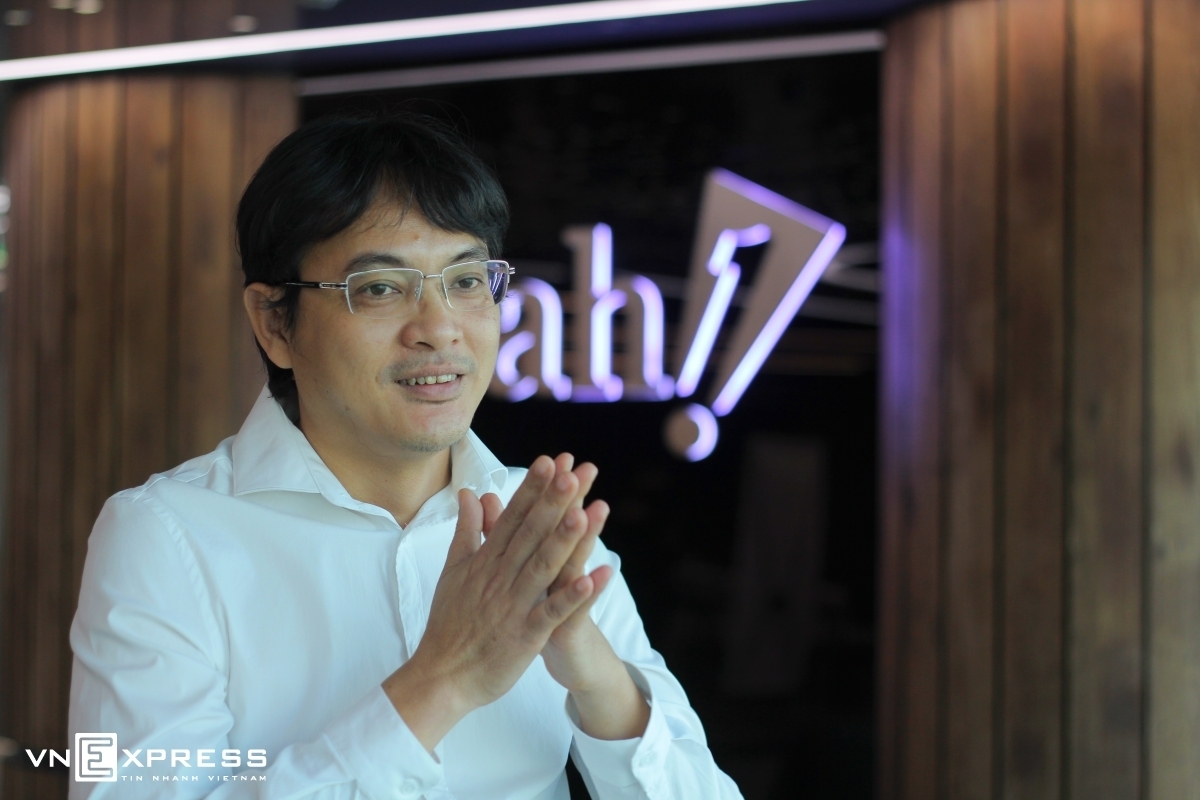 The founder of Yeah1 said that the decision to sell off all shares and leave the board of directors was for the good of the company, not to flee when the stock price fell deeply.

At the beginning of the discussion at the annual meeting on the afternoon of June 15, Mr. Nguyen Anh Nhuong Tong – Chairman of the Board of Directors of Yeah1 Group (stock code: YEG) proactively mentioned that many shareholders wondered “is it true?” he gave up his possessions and ran for people” when the business results were not satisfactory and the stock price was only 15,000 dong at one point.

In early June, Mr. Tong sold more than 4 million shares and collected about 70 billion VND. This move plus the failure to stand for election to the board of directors for a new term ended 15 years of building and leading Yeah1 from an electronic news site for young people (with a revenue of 150 USD in the first year) into a company. The first media listed on the Ho Chi Minh Stock Exchange.

“If you want to run away, it must be from the time of listing, when the stock price is more than 300,000 dong, why run now,” said Mr. Tong to deny that he withdrew for personal financial reasons.

According to him, as the person who laid the first bricks to build Yeah1, he is always on the lookout for how the company can survive and develop. The company suffered a heavy loss in 2019 and 2020 due to the outbreak, leading to 2021 being required to do everything to be profitable to avoid being delisted according to regulations. The Board of Management worked day and night, considered many options, and finally “had to make a painful decision and accept sacrifices” to divest many subsidiaries to make a profit and wait for the opportunity to revive.

However, this option is not easy to implement. The company is looking for a partner to transfer capital, but in the early stages, there are no interested investors. In the second half of the year, the negotiation process took off and the financial statements recorded a profit of 416 billion dong from this activity. Thanks to that, the company has a profit after tax of 30 billion dong and YEG stock is no longer under control.

“I wish not to list shares on the stock exchange,” said Mr. Tong.

After the landmark decisions to maintain the listing, the founder of Yeah1 said that the company has changed its strategy, from going fast and expanding to going slowly and firmly to wait for breakthrough opportunities.

“I’m a start-up by nature. My blood is offensive, so standing in the middle of a slow-down is unfair to myself, and also dents brotherly affection because sometimes my ideas don’t work. general consensus. I think Yeah1’s activities will be better after their absence”, Mr. Tong said, at the same time asserting that he is still willing to “sacrifice everything for Yeah1’s development”.

In the near future, the company will offer 78.6 million shares privately at the price of 10,000 VND per share to increase charter capital. The proceeds are expected to supplement capital to expand investment activities in digital media, media technology platforms (tech-media) and financial technology (fintech). The remaining capital is used to contribute capital to subsidiaries to supplement working capital and pay debts of the parent company.

Yeah1’s management has set a target that this year’s revenue will decrease by 45% compared to the previous year, reaching 588 billion VND – the lowest level since 2017 until now. Meanwhile, profit after tax of shareholders of parent company is expected to increase by 25% over the same period, reaching nearly 25 billion dong.