More than 4.4 billion VND in Australia for number plates (1) 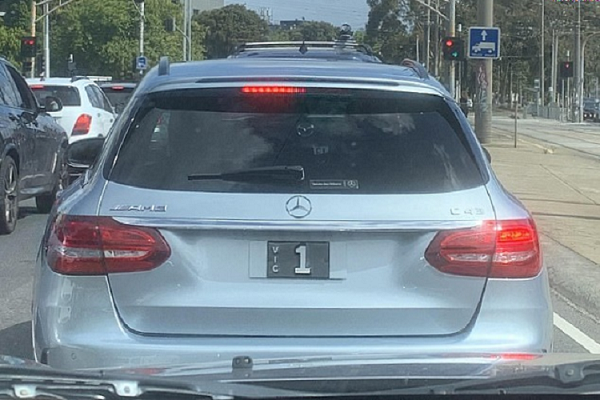 Recently, the Mercedes-AMG C 43 Estate attracted much attention when it appeared in the city of Melbourne, Victoria, Australia. A high-performance hatchback is not uncommon in this country.

The specialness lies in the signboard. This car is labeled with the number 1 only – the most expensive number plate in circulation in Victoria. According to local media, unique number 1 plate This is at least 1.9 million USD (more than 4.4 billion VND) if sold.

Unique number 1 plate This was released in 1932 and kept in a Victorian vehicle registry for more than 50 years. In 1984, this number plate was auctioned for $ 127,000 (more than 2.94 billion). The value of this license plate continued to increase thereafter.

Plate number 1 in Australia first registered with the Saab 9000 Turbo. After that, this special license plate goes through many generations of expensive cars such as Ferrari, Rolls-Royce, Porsche 911 Turbo, 911 Carrera, E 55 AMG, E 63 AMG and now the C 43 AMG.

The “old” number plates are very sought after in Victoria. The generation of full-number registration plates was issued from 1910 to 1939. From 1940 to the present, the Victorian registration plate must contain both letters and numbers.

Therefore, this type of number plate is considered an antique, valuable to collect. The most expensive cars in this state are often attached to this number plate by the owner to show their tolerance. The number plate value is greater than the car it is attached to. Last year, license plate 26 sold for $ 850,000 or plate 101 for $ 400,000.