More than 200 scripts sent to the Cinema Department, COVID-19 is the ‘destiny’? 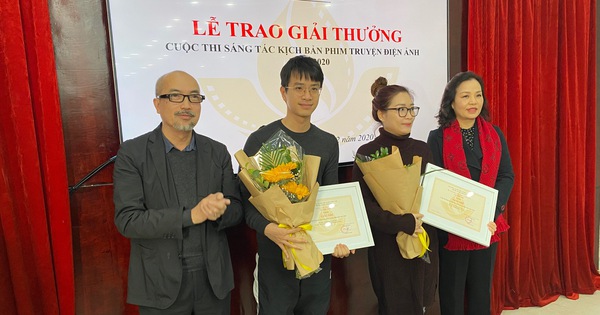 The selection of young independent film authors for the award shows a huge change in the scenario selection point of the Cinema Department.

On the morning of December 31, the Cinema Department held the awarding ceremony for the 2020 Movie and Movie Screenwriting Contest. The contest was launched from September 14, in a very short time, the organizers received. 200 scenarios.

“This is a record number compared to the previous launch. The reason, perhaps due to the translation of COVID-19, the writers have more time and because the script has not been held for decades, the source of the script. in the population, “Ngo Phuong Lan, head of the final committee of the competition, said.

The jury of the contest evaluates the scripts submitted this time with diverse topics, including historical films, historical, contemporary, war, postwar, family, teenage, case … Quality, the jury judges not to have many outstanding scenarios, so decided not to award the first prize.

Two second-prize winning scripts of the contest were awarded to two young authors, including the one by Pham Ngoc Lan, who pursues an independent film line, once a short film entered prestigious international film festivals. . When accepting the award, the young authors all expressed their surprise and appreciation for the openness of the organizers.

Director of Vi Kien Thanh Film Bureau said: “The Department will try to include two second-prize films in the state film production plan because these are two really quality scenarios. tried to organize an open-minded jury, to choose new and possible scenarios to be put into production.In 2021, the Film Department will hold a screenplay contest for animated films and documentary”. 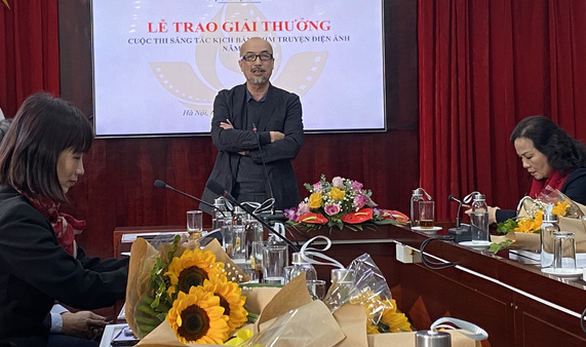 After the award ceremony, Mr. Vi Kien Thanh shared with the press that the revised Film Law being drafted would have more open points. Instead of limiting the state theme to only order historical films, wars, revolution, children …, now the state orders the films that the state needs in each period, the rest will diversify the topics. talent.

The amended and supplemented cinema law will also open up the approval of movie scripts, removing the requirement that theaters be released. In terms of film reviews, the trend will be pre-check for theatrical films, post-check with online films.

Mr. Vi Kien Thanh shared his opinion: “Cinema should not and cannot rely on subsidies anymore. The State will only to order movies that are needed by the state, and movies must operate according to the market mechanism. Northern cinema must strive to develop like the cinema of the South. Sustainable development means that there must be good movies to compete with foreign cinema “.

Results of the 2020 Movie and Movie Screenwriting Contest