Monkeypox: Nearly 50 mutations since 2018, may have overlapped animal-human-animal 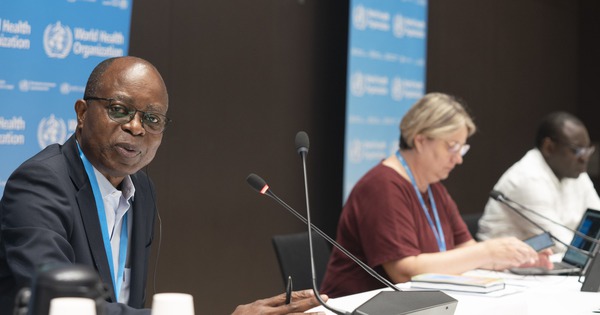 Follow The New York Times, A research team has argued that monkeypox has passed the threshold of human-to-human transmission in a sustainable way.

Evolutionary biologist Trevor Bedford from the Fred Hutchinson Cancer Research Center in Seattle, US, says the genetic information available to date indicates that, at some point in the past few years, the smallpox virus Monkeys have become more dangerous in human-to-human transmission.

The Emergency Committee on International Health Regulations (IHR) convened by the World Health Organization (WHO) on June 23 highlighted the risk of monkeypox being transmitted back from humans to animals and that the virus Mutations will be 2 of the key issues that they will investigate further – Photo: WHO

He explained that if the virus had adapted to choose humans as a regular host, rather than occasionally jumping to humans, outbreaks of monkeypox could become more frequent and more difficult to prevent.

Meanwhile, anthropologist Sagan Friant from Pennsylvania State University – USA, who has studied human-animal interactions in Nigeria for about 15 years, said it is likely that monkeypox has been transmitted over the years. chaotic, overlapping: from animals to humans, then from sick people to other people and even back to animals…

“The longer it takes to contain the virus, the more likely it will find a permanent new home in humans or animals,” said Dr.

Another anomaly was found in the mutant ability of the monkeypox virus. Monkeypox is a large double-stranded DNA virus that is seven times larger than the coronavirus. DNA-based viruses can self-correct as they reproduce their genetic material so mutate slowly, only about 1-2 mutations per year compared with 20 to 30 mutations for RNA viruses like coronaviruses.

Of the 47 mutations identified in one analysis, 42 carried a distinct signature of an enzyme called Apobec3. This enzyme was developed by HIV researchers. discovered for the first time, called host defense factor – an immune system weapon that animals and humans use to fight viruses like monkeypox.

Essentially, the enzyme forces viruses to make mistakes when they try to replicate, causing them to self-destruct. Rats carry only one version of this enzyme, while humans have seven. Dr Bedford said: “The rapid accumulation of mutations, which are characteristic of the enzyme since 2018, suggests that monkeypox may have switched to human hosts around that time.

It is not clear how the mutations can change the virus. Of the 48 mutations identified in the UK, 21 could affect how the disease spreads, how severe it is and how well it responds to a treatment called tecovirimat, according to the NHS UK Health Security (UKHSA).

But because mutations introduced by the enzyme Apobec3 are meant to damage the virus, their numbers alone are not of concern, says Michael Malim, a virologist at King’s College London who discovered Apobec3 in said in 2002. This large number only shows how long the virus has been in progress.

Currently, research is still difficult because in Africa, where the virus is the main endemic, the ability to sequence genes is still very limited, many countries have not been able to perform PCR tests to confirm monkeypox. .