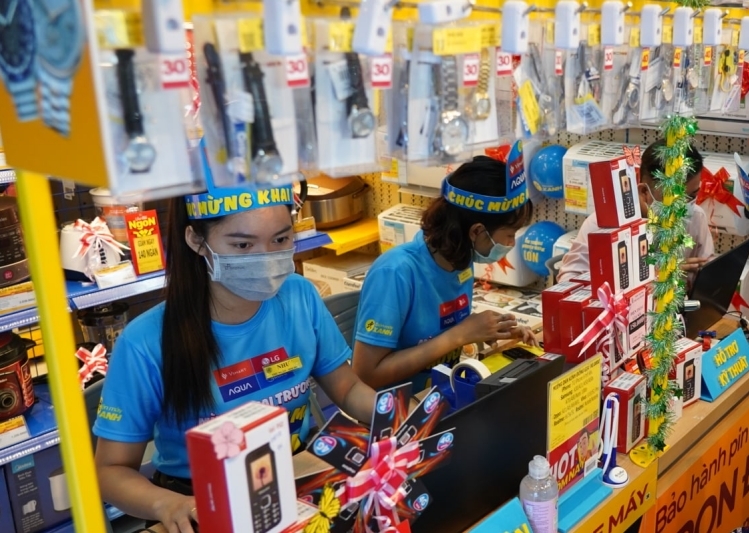 There are currently nearly 68,100 employees working at Mobile World Investment Company (MWG) and seven subsidiaries, an increase of 10,500 people compared to the beginning of the year.

This data is shown in the financial report quarter IV / 2020. The last three months of the year are also the period when leading retail businesses employ the most with more than 5,000 people, while the remaining quarters are about 1,000-2,000 people.

Therefore, labor costs also increased sharply from about 7,900 billion VND in the previous year to over 10,020 billion VND. By the end of the year, The Gioi Di Dong has more than 2,500 billion VND in bonuses for employees who have not yet disbursed. This amount was recorded as short-term expenses, doubling compared to the beginning of the year.

Mobile World recruitment size has steadily increased in the past 6 years. On average, each year the company has about 10,000 new employees, especially in 2019 this number is 17,000.

Mr. Nguyen Duc Tai – Chairman of the Board of Directors shared that because the scale was too large, it required the participation of “technocrats” in corporate governance. Mr. Tai said that in the early years of operation, each month the company only recruited a few dozen or more people. This number is under the control of the human resources department, but when it expands rapidly, it will only recruit thousands of people per month. Document screening is now done by machines.

On the recruitment website, The Gioi Di Dong said that in the last 3 years, this enterprise gave the year-end bonus of 3 months of income to the group of supermarket employees and 3-9 months of income for the group of employees who calculated according to their targets. business. Other incentives including shuttle buses, internal purchases, modern workspaces, promotion opportunities after at least 6 months … are also mentioned as factors to retain employees.