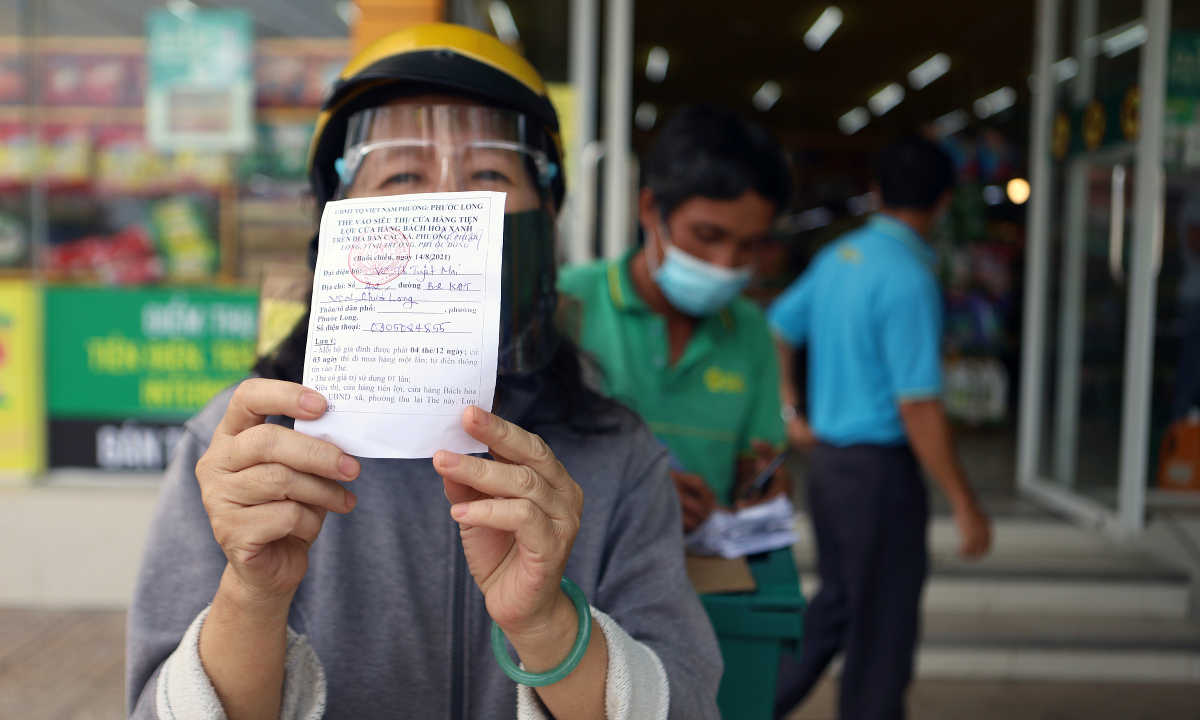 Mobile World Investment Joint Stock Company (MWG) reported its lowest August business results since the beginning of the year when thousands of points of sale closed.

In August, MWG had more than VND 6,500 billion in revenue and VND 222 billion in profit after tax. Compared to the previous month, revenue fell by nearly a third while profits fell slightly. This is the month of Mr. Nguyen Duc Tai’s retail “empire” with the lowest business results since the beginning of the year. Since May, this business has had 4 consecutive months of decline in revenue and profit.

MWG calls August an “unprecedentedly challenging” period. Due to the impact of stricter social distancing in many provinces and cities, about 2,000 selling points of The Gioi Di Dong and Dien May Xanh nationwide had to temporarily close or limit sales. These stores account for 70% of the volume and contribute more than 80% of the sales value of the two chains under normal conditions. Therefore, August is also the lowest business month of Mobile World and Dien May Xanh since the beginning of the year.

In the previous period, although these two retail chains faced difficulties, MWG could still rely on Bach Hoa Xanh to maintain stable business results. But in the last week of August, half of the stores in Ho Chi Minh City and the southern provinces were not allowed to sell directly, which greatly affected the overall situation of the business.

However, when comparing cumulatively with the situation in 8 months of last year, both revenue and profit have increased. MWG still completed 63% of the full year business plan. Motivation comes from applying technology solutions and reducing costs to protect cash flow.

These two traditional retail chains of this business choose to focus on selling in markets less affected by the epidemic. In particular, Dien May Xanh Supermini chain deploys promotions on online channels. Online transactions brought in more than VND 1,000 billion in revenue in August, up 26% over the same period.

At the same time, MWG’s management believes that Bach Hoa Xanh has made a significant contribution during this difficult time. With more than 1,900 stores, the whole chain’s revenue reached more than 3,000 billion VND in August, up 52% ​​over the same period. On average, each store has a revenue of more than 1.5 billion VND.

Explaining the revenue growth despite not being able to sell directly, the company’s leaders said that they have set up nearly 2,000 chat groups connecting with more than one million customers within a 2-3 km radius near each store. Technology helps this chain reduce order cancellation rates, cancel orders and increase service efficiency. Accumulating 8 months, the number of Bach Hoa Xanh online orders increased by 350%, this channel’s revenue also increased by 415% compared to the same period in 2020.

Bach Hoa Xanh claims to meet one-third of customers’ needs in areas where direct sales are not possible. The chain sold more than 25,000 tons of fresh produce in August alone, nearly double the average for the first six months of the year.

However, the report also states: “Despite efforts to increase service load, the company is still lacking and has not been able to meet the huge demand of consumers like when the store operates normally due to the large number of customers. staff and daily working time are limited to ensure epidemic prevention requirements.”

In September, MWG’s leaders expect phone and electronics business to prosper as many places ease social distancing. This business said it has prepared many plans to boost sales in the last months of the year.