Miss Vietnam Universe 2021: ‘Every girl of the universe is a super heroine.’ 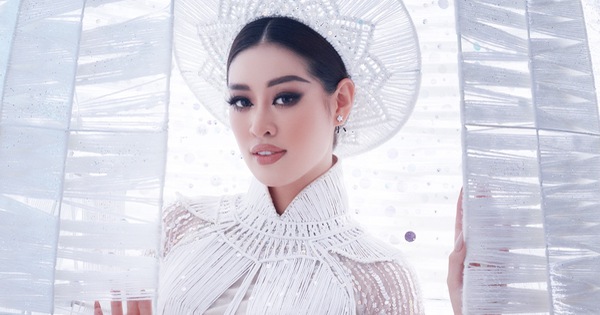 Vinawoman – The bravery of Vietnam is the subject of the contest Miss Universe Vietnam 2021With the desire to spread the message that every girl in the universe is a new era superheroine, set out on her own mission and use her power to strongly inspire the community.

According to Mr. Tran Viet Bao Hoang – Deputy Head of the Organizing Committee Miss Universe Vietnam 2021If in previous years the girl was chosen as the universal beauty representing wisdom and wisdom, now she must have bravery, confronted with arguments and compliments because it is the expectation of the public. on the shoulder of the beauty queen.

“We believe that no matter who you are, where you come from, there is a superhero deep in you, fighting, speaking, positively inspiring the community,” said Mr. Tran Viet Bao Hoang. concentration.

The new point of this year’s competition is to be held in Ho Chi Minh City. With the influence of this beauty contest, the organizers want to be the premise, to bring international competitions back to Vietnam.

Mr. Tran Ngoc Nhat, head of the organizing committee, said that the new thing is about the format. After the preliminary exam round, the top 70 contestants will have about a month to participate in the companion activities, recording the program I am Miss Vietnam Universe, to select the top 40 contestants officially entered the semi-finals and final.

Instead of choosing the top 15 to enter the next round, this year the organizers decided to choose the top 16. In which, there is 1 contestant voted by the audience through the voting system.

The contestant’s age is raised to 27 years old, the national costume show is also a remarkable new point.

The organizers said the award for the Miss included 300 million, 2 years of using a house, a car and owning a crown, especially Vietnamese representatives participating in international competitions.

“The numerical value may not be great, but for us it is an encouragement, an incentive for value. Miss Universe much bigger than that. It is the premise of many things to be received later, “said Tran Viet Bao Hoang to speak.

National costume Cocoon you Khanh Van’s participation in the competition Miss Universe was performed in public for the first time. This outfit was made by designers Khoa Lo and Tin Thai.

Designer Khoa Lo shared that Khanh Van is known as an ao dai beauty and he also loves ao dai made from silk, so he made a national costume with the name. Cocoon you – means “Love me”. The designer expects this outfit to win in the National Costume category.

“I spend a lot of time choosing the following materials and colors to match the colors. In particular, I carefully study the knots to create the details suitable for ao dai outfits,” to share with Khoa Lo Youth Online.

This costume will be performed by Miss Khanh Van in the US on May 13.

On May 2, Khanh Van officially went to the US to participate in the competition Miss Universe. Expected semi-finals take place on 14-5. Final round on May 16 (in US time).

Expected, the finale will take place on December 17 in Ho Chi Minh City, is broadcast live on VTV3.