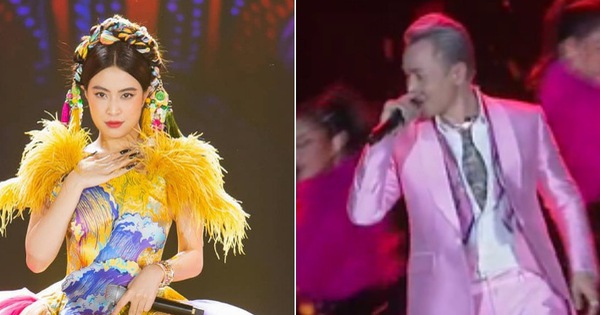 On the evening of November 20, the final night of Miss Vietnam took place at the Phu Tho Stadium (Ho Chi Minh City). The person crowned is 19-year-old contestant Do Thi Ha (Thanh Hoa). In addition to the compliments for the beauty contestant and the beauty queen, the event faced many negative comments on social networks about the organization.

The ao dai contest was criticized when it took place in 35 minutes with 5 collections of 5 designers and up to 5 Miss Vietnam participating. This exam is ranked at the beginning of the program, so the atmosphere is a bit sagging. The appearance of the 5 Miss Ngoc Han, Thu Thao, Ky Duyen, My Linh and Tieu Vy also somewhat eclipsed the contestants even though they were the main contestants.

The designs introduced are inspired by Vietnamese culture, history and beliefs but are criticized for being cumbersome, dark and bleak and making contestants look old. 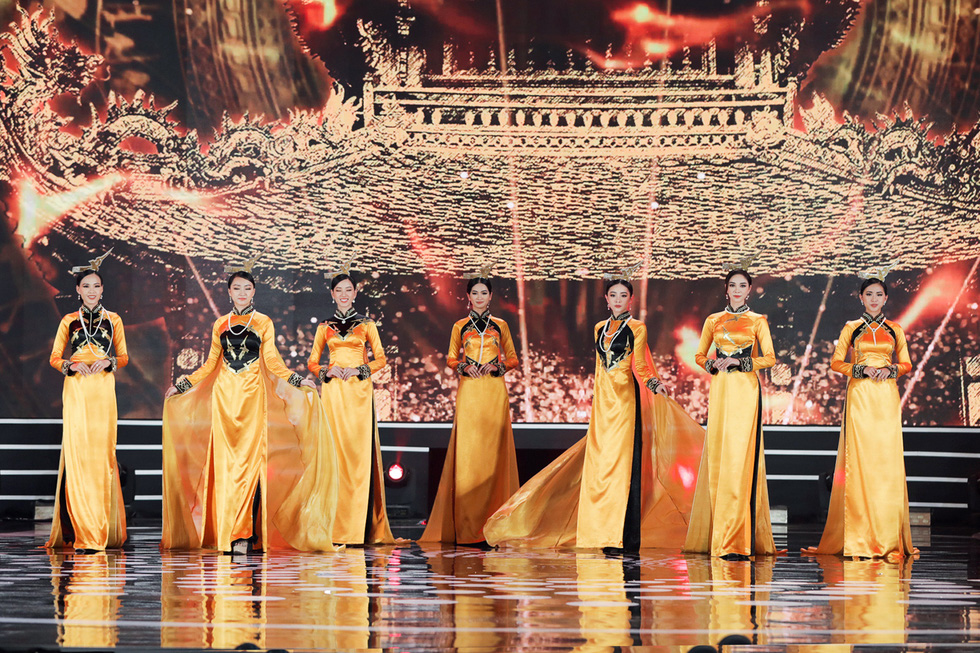 The ad duration in the script is only 20 minutes for nearly 4 hours, but the finale content also incorporates more screens to give sponsors the opportunity to appear on stage or promote gift items. Since there are many sponsors, these performances are also quite long, resulting in a long total duration but the important competitions are separated.

In particular, the announcement of the extra award made the audience tired when it became a title distribution for 15 minutes with 9 awards. These are the awards: Favorite beauty, media, sea, with the best skin, ao dai, travel, sports, talent, fashion.

Although the time was late, the organizers still announced the top 5 of each sub-tournament and then the winners. Meanwhile, what the audience is looking forward to is soon announcing the beauty queen and runner. 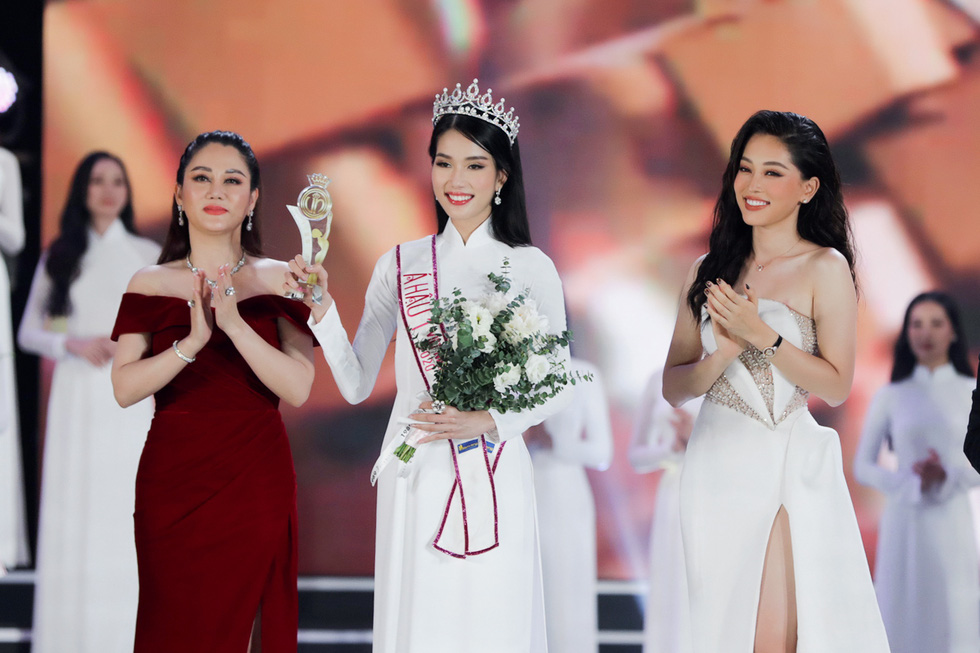 There are 9 sub-prizes, many of which announce all top 5 on stage – Photo: BTC

It is worth mentioning that the unreasonable time allocation, the slow, the long time, the publication of the top and the title is rushing.

The MC trio is also not the bright spot. Audience Nguyen Viet Trung commented: “An entertainment-oriented program that MC seems too serious. MC should have a bit of a funny, impromptu and cheerful response, not so mechanical or stereotyped” .

If the contestants this year were not promoted so much academically, the audience would not be too disappointed when last night, the top 5 behaved falteringly and stumbled with the lack of maturity.

A fanpage about the beauty queen commented: “Why is the exam as important as behaving to coincide with the question? The questions are also very bad, we have to choose which one over the other, does not turn on the ability to behave well contestant character. The question requires choosing between ‘cold head’ or ‘warm heart’, ‘filial son’ or ‘good for society’, ‘individual notes’ or ‘harmony with the orchestra’.

Video: New Miss Vietnam Do Thi Ha is criticized for her indecent behavior and lack of confidence

Before the three more or less cliché questions and go into this path, the contestants choose “both”. This answer is considered double, safe and lack of creativity.

With the sentence “a filial child or someone who is useful to society”, the audience Na Nguyen suggested: “Why the candidate does not turn the contrary: For someone who carries heavy pain, nurtures me, so he is ungrateful How can filial piety be a person who loves, cares or shares with others in society? “.

Besides, there is a yes – not quite clichéd question: “If she becomes Miss Vietnam 2020, bDo you think you’re a role model for young girls? “.

Before this question, Miss Do Thi Ha was criticized for her poor behavior, indifference and lack of confidence: “I think I am the one who carries all the qualities, necessary and sufficient elements of Vietnamese girls. Be a role model for Vietnamese girls or not, I will be the one to inspire the youth. And I, I will do it. “ 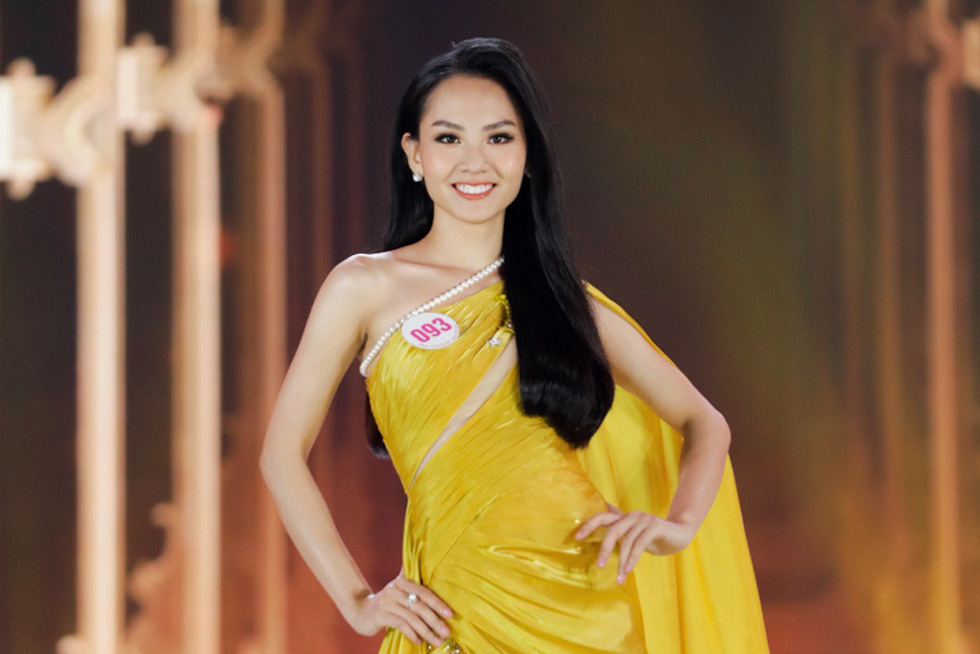 There is only one question that is quite provocative: “Man is cruel to nature, so it is taking revenge?” (This question was the same, so the leader of the organizer Le Xuan Son had to add a verbal question).

Partly thanks to this question, contestant Huynh Nguyen Mai Phuong took the most fluent and fluent behavior last night. But though behaving better than Miss and the two runner-ups, Mai Phuong (also a benevolent beauty) stopped in the top 5.

Diep Anh’s audience said: “After many years, the behavior of Miss Vietnam still has no personal opinion but still very books”. 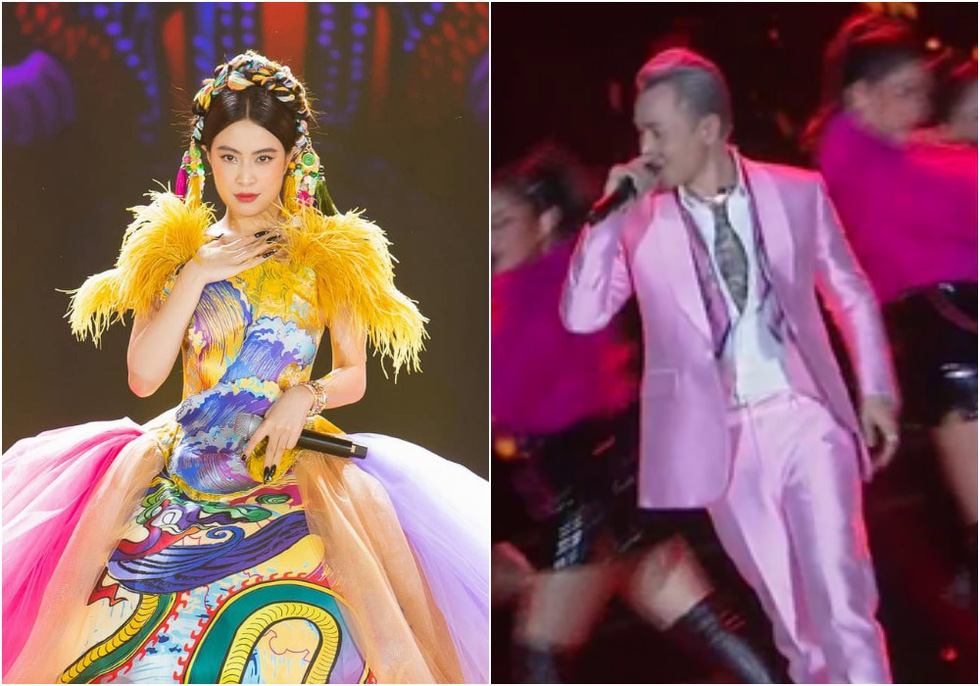 Is the song by Hoang Thuy Linh and Binz appropriate?

In the finale, Hoang Thuy Linh sang Creaking creaks and rapper Binz did the rap Bigcityboi. But is the two-song lyrics appropriate for the event honoring Vietnamese women?

Creaking creaks is named from the saying “Creaking a creak. Get a picture of your husband. You cut your eyes” in fairy tales Tam Cam, with the message of revenge, resentment “painting husband” and the mix of spiritual and mysterious colors. The theme of “husband painting” set in the context of the beauty contest seems sensitive.

Still Bigcityboi is an 18+ rap with rap lyrics that describe metaphorically or directly sexually. Although Binz has changed two sentences in his article, from “Tie me up with a tie. Penthouse in Dalat” to “Tie me to a poem. Although your literature is fragmentary”, many other sentences remain the same (“If you are good You will be injured. If it fails you will be fined “) and the overall is still not too different from the original.

Miss Do Thi Ha was reacted for profanity on social networks

On November 20, after being crowned Miss, Do Thi Ha was discovered many posts on her personal page in 2019, in which she used acronyms to respond to friends. Many viewers thought this was a remarkable mess, but could sympathize because it was Do Thi Ha’s private discussions with friends, not speaking to the public.

During the press conference on the morning of November 21 (to be broadcast online), Miss Do Thi Ha explained that because she was “carefree, she often said jokingly and could make people think bad”. Miss promised to modify her statement to deserve the title.