Minister Nguyen Van Hung: The film is a complete work, should not be ‘cut up’ for evaluation 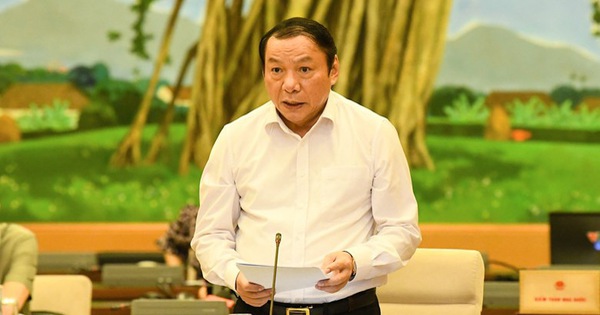 “Cinema is both a cultural and artistic industry and an economic sector,” said Vice Chairman of the National Assembly Tran Thanh Man – Photo: LE KIEN

At the Hanoi bridge, there were Vice Chairman of the National Assembly Tran Thanh Man, Chairman of the Culture and Education Committee Nguyen Dac Vinh, Minister of Culture, Sports and Tourism Nguyen Van Hung chaired, along with other delegates. Standing members of the committee and related ministries and branches attended.

Scarcity of Vietnamese films to be broadcast on television

According to the Government’s report, after 14 years of implementation, besides making positive and effective contributions to the development of Vietnamese cinema, the Law on Cinema has revealed shortcomings and inadequacies that need to be amended soon. additional.

Notably, a number of violations in terms of film production, distribution, dissemination, film storage, and duplication are no longer appropriate to the actual situation and have been specifically adjusted by legal documents. other law.

For example, the provisions on “Protection of copyright and work ownership” have been adjusted in the Civil Code 2015 and the Law amending and supplementing the Intellectual Property Law 2009; regulations on “film production enterprises” and “film production service enterprises” are not compatible with the provisions of the Enterprise Law 2020 and the Investment Law 2020…

Presenting the preliminary examination report of the Standing Committee of Culture and Education, Vice Chairman Phan Viet Luong said that the amendment and supplement of this law must “ensure the effectiveness and efficiency of state management, create a favorable legal corridor, encourage the participation of the whole society, mobilize resources to participate in the development of the film industry”.

According to Mr. Luong, besides the preferential policies of the State to develop the film industry, it is necessary to study and put into law a number of policies on socialization; mobilize all economic sectors, agencies, organizations and individuals to participate in cinematographic activities; supporting film production as a kind of risky investment.

For the production, distribution and dissemination of films, the Committee for Culture and Education has conducted a survey, which shows that although many results have been achieved in recent years, the number of Vietnamese films is still limited. limit.

The rate of showing Vietnamese films in the cinema system and on the television system is lower than the regulations, not meeting the people’s demand for watching movies; The proportion of films with scripts adapted from foreign films is quite high, potentially at risk of fading or losing Vietnamese cultural values ​​and affecting the lifestyle of the young generation.

Therefore, it is necessary to study and stipulate a mechanism to encourage the dissemination of films, especially the dissemination of films produced using the state budget, films of domestic private film producers on the television system, in the public sector. Department of education and tourism service to meet the people’s demand for cultural enjoyment, study and research, effectively exploiting and promoting film sources. 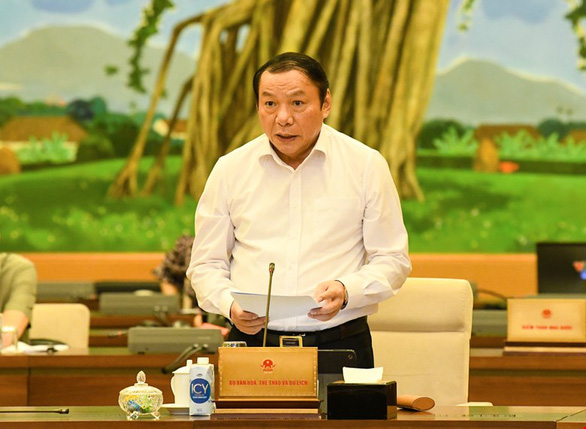 The Government proposes regulations: Enterprises and organizations that disseminate films in cyberspace must self-censor content, self-categorize, display the results of movie classification according to prescribed criteria, and provide processing tools. violations for state management agencies on film distribution and dissemination; make sure not to violate the law, take responsibility before the law for the content of popular movies.

Presenting this regulation, Minister of Culture, Sports and Tourism Nguyen Van Hung said that when drafting the law, this is a matter of concern. Testing movies in cyberspace is a difficult problem, based on technology, we can only control the sound, but not the image.

If the regulation is in the direction of pre-examination, it is necessary to increase human resources, huge equipment and also go against the trend. Therefore, the Government has chosen the option of post-audit, which strictly regulates the responsibilities of the subject of online film dissemination.

Sharing about the evaluation of film content, the minister emphasized that a cinematographic work is a complete and thorough work of art, which cannot be cut into a piece for comment, evaluation or criticism, but should be viewed in its entirety. body of works.

“For example, a movie may have some scenes with violent scenes, but throughout the film is condemning and criticizing violence,” the minister said.

Still according to the head of the cultural industry, the state budget for film production is very small, in the last 5 years, an average of only 65 billion dong a year has been allocated for the production of films serving political tasks such as topics. Revolution, children’s themes… If divided, each film averages just over 2 billion VND.

National Assembly member: the age to watch ‘sensitive’ movies in Vietnam must be higher than in foreign countries

Regarding movie classification, the majority of opinions agree that it is classified by age of viewers. Commenting further on this regulation, delegate Nguyen Van Canh (Binh Dinh) suggested that the age classification of movies for Vietnamese people should be higher than that of foreigners.

“For example, with American action movies, French romantic movies, if they set the age to be considered 15 or older, I’ll set it as 18, if they say it’s 18, I should specify it as 18. 21, because in foreign countries, the 18-year-old is already independent, but in Vietnam at the age of 18, even 21 is still dependent “- Mr. Canh explained.