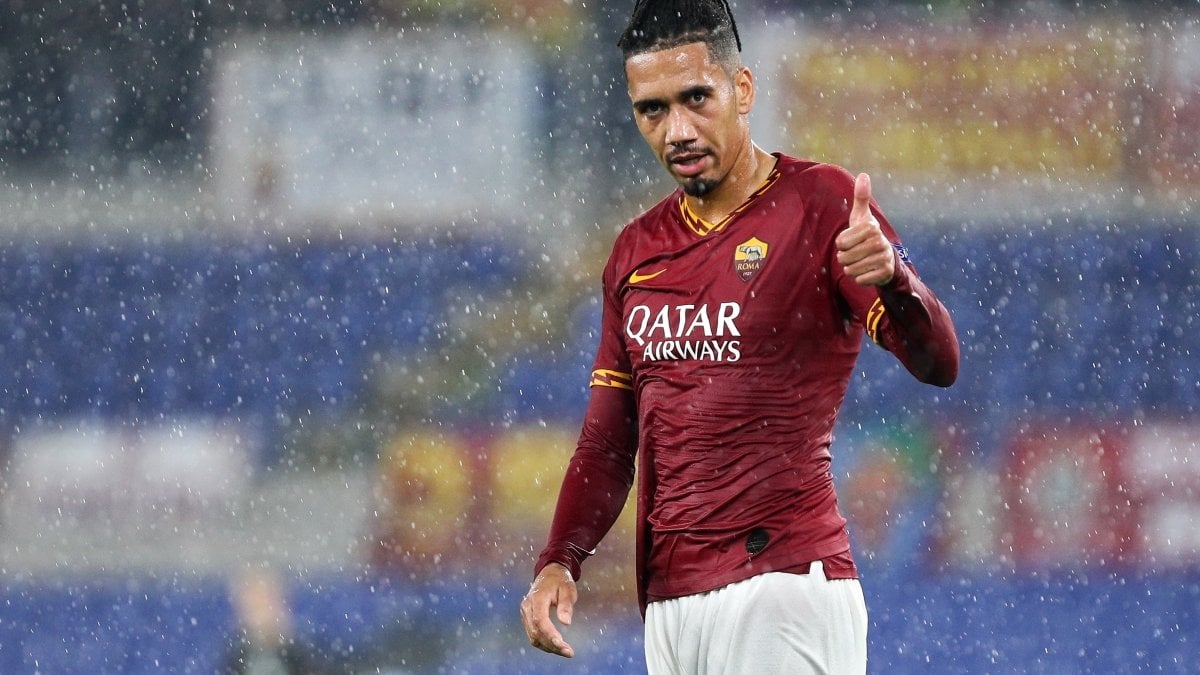 ROME – The 2020 summer transfer market was closing with a yellow. For about two hours after the end of the session set for 20, in fact, Chris Smalling was not a Roma player, despite the fact that the Giallorossi club and the player’s entourage had confirmed the successful outcome of the negotiation. The documents, according to the parties, were formalized at 19.55, but the League and the FIGC hesitated for a long time before confirming the filing in time. The official came at the hands of Manchester United who greeted the player on social media: “After ten years of service at Old Trafford Smalling left Manchester United. Thank you and good luck Chris “. The English central will arrive outright for 15 million euros payable in four years. The El Shaarawy deal has been skipped, the timeframe to close the deal with Shanghai Shenua is too tight. Kluivert’s sales are official. Leipzig, Perotti at Fenerbahce and Antonucci at Salernitana.

Chiesa at Juve amid the insults of the Viola fans

Federico Chiesa is officially a Juventus forward. The player, born in 1997, comes from Fiorentina on a two-year loan for 10 million euros, three for the current season and 7 for the 2021-22 one. The agreement provides for the obligation on the part of Juve to acquire the player on a definitive basis upon “achieving certain sporting goals during the 2021-22 season”, an obligation that becomes “faculty” if these goals are not achieved . In the event that the loan is converted into a purchase, the agreed amount amounts to 40 million euros, “payable in three financial years, and may be increased, during the duration of the sports service contract with the player, for an amount not exceeding to 10 million upon the achievement of further objectives “. The passage of the former viola, however, sparked the anger of the fans who at the player’s exit from the ‘Fanfani’ institute in the historic center of Florence where a group of viola fans underwent medical examinations who did not spare him boos and insults using terms like ‘Shame’, ‘Buffoon’, ‘Hunchback’. Douglas Costa at Bayern Munich with the dry loan formula. De Sciglio at Lyon always on loan.

Radja Nainggolan remains at Inter, as well as Pinamonti and Eriksen. Completely skipped the agreement with Cagliari for the Belgian who will now have to earn a place in the eleven of Conte. No surprises for the Nerazzurri on the last day of the market. Gervinho fades. In the afternoon, the Nerazzurri and Parma negotiated for a long time without reaching an agreement. Terminated the contract with Asamoah. Samuele Longo was sold outright to Vicenza. Joao Mario at Sporting Lisbon. In the morning, Matteo Darmian’s arrival at Parma was made official.

Milan, nothing central for Pioli

No central defender for Stefano Pioli. After Kabak (goal number one), Ajer and Rudiger, Milan tried to snatch Siakam from Strasbourg, thanks to the player’s yes, but the two clubs did not reach an agreement. Alen Halilovic has terminated the contract. Diego Laxalt is not yet official at Celtic, but in Scotland the market is still open. The player has already undergone medical examinations. If the operation goes through, it will go to Scotland with the loan formula. Andrea Conti’s transfer to Parma was skipped.

Lazio sells André Anderson, Patryk Dziczek and Marius Adamonis to Salernitana. However, Sofian Kiyine did not move and will most likely end up out of the squad. From Servette the Swiss central defender, Enzo Adeagbo, born in 2002, arrived definitively. The temporary arrival of Wesley Hoedt from Southampton has been officialized. It’s not official yet, but Jordan Lukaku is an Antwerp player.

Bakayoko to Napoli, Callejon to Fiorentina

Napoli, at the center of the controversy with Juventus, has formalized the purchase of Tiémoué Bakayoko. The former Milan officially arrives on loan from Chelsea. Milik remained in blue. Out: Luperto at Crotone, Ciciretti at Chievo, Ounas at Cagliari and Younes at Eintracht Frankfurt. Fiorentina has formalized the agreement with Josè Maria Callejon, Barreca (on loan from Monaco) and Quarta (outright from River Plate). Atalanta, on the other hand, only worked on the way out and sold Da Riva on loan to Vicenza, Guth to Pescara and Viviani to Bologna.

Last minute blow for Udinese who brought the former Milan Deulofeu back to Italy, Dal Wotford also returns to Juventus Pussetto. Verona has made Ceccherini official from Fiorentina and Kalinic outright from Atletico Madrid. Parma is very active. Cyprien from Nice, Caviglia from Juventus, Bus from Charleroi and Osorio from Porto (definitive title). Out Dermaku at Lecce and Siligardi at Crotone. Sassuolo has made Schiappacasse official outright. Ibrahim Karamako goes from Chievo to Torino outright. The grenades have also formalized Federico Bonazzoli from Sampdoria (loan with obligation to redeem) and Adam Gojak from Dinamo Zagreb. Sassuolo: from Marseille here is Maxime Lopez.