Many banks continue to have high interest rates 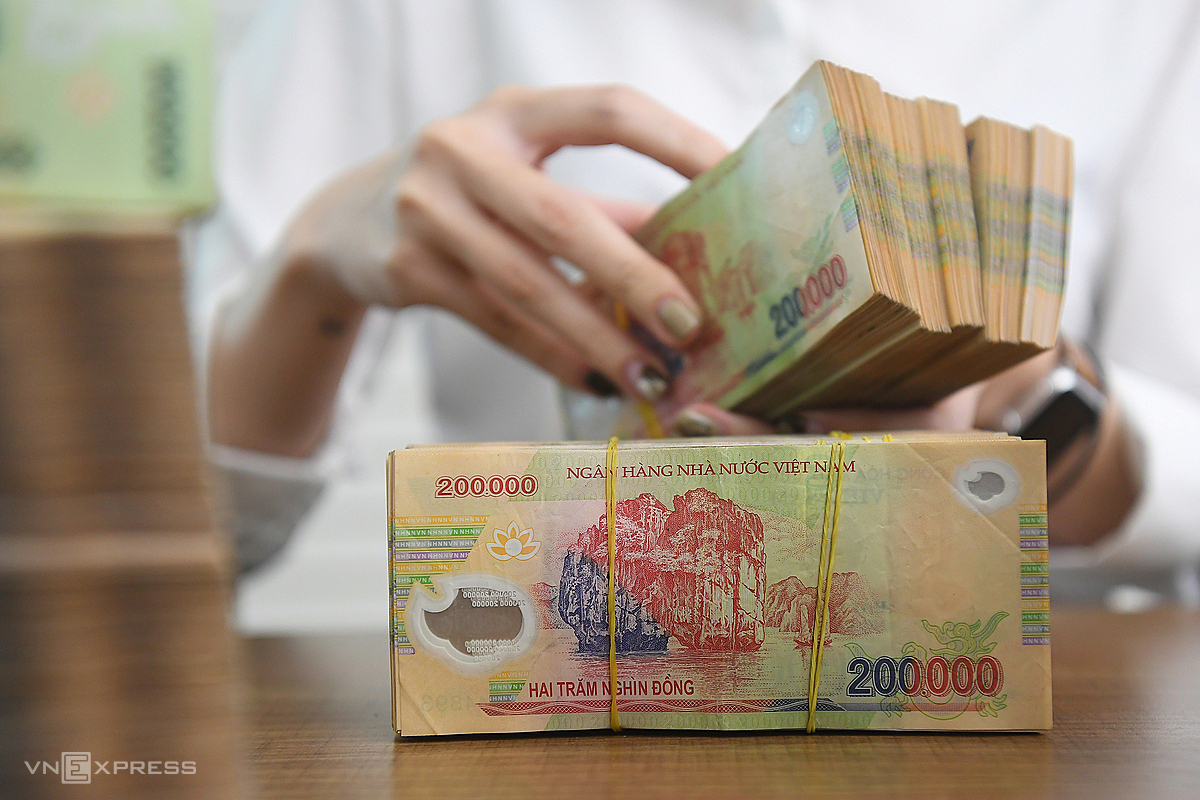 Compared to the first half of the year, profit growth of many banks has slowed down, but a double-digit increase is still the dream of many businesses.

The third quarter financial report release season has begun to gradually reveal the operational picture of the banking industry. Compared to the growth of these banks in the first half of the year, a slowdown has appeared on important financial indicators, especially profits. The results also coincided with analysts’ forecasts due to concerns about the impact of the fourth Covid-19 outbreak.

Even so, the growth numbers of mid- and low-end banks still outperformed the rest of the market.

Tien Phong Bank (TPBank) is the first bank to announce 9-month results, with pre-tax profit of VND 4,350 billion, completing 75% of the plan and increasing by more than 43% compared to the same period last year. Considering the third quarter alone, TPBank’s profit growth rate somewhat slowed down, reaching about 36%, compared to an increase of 48% in the first half of the year.

The growth driver of this bank still comes from its core business, with total operating income of VND 9,868 billion, up 39% over the same period. Credit growth in the three quarters is about 15%.

Ho Chi Minh City Development Bank (HDBank) said it has completed 82% of the plan after 9 months. Accordingly, this bank recorded a pre-tax profit of nearly VND 6,000 billion, up 36% in the same period and exceeding the profit in 2020. However, like TPBank, HDBank’s growth rate in the third quarter has slowed down. , reaching just over 20%, compared with a 44% increase in the first half of the year.

Compared to TPBank and HDBank, Saigon – Hanoi Bank (SHB) is more positive in terms of growth. This bank recorded a profit in 9 months, nearly double that of the same period last year, reaching more than 5,000 billion dong. The margin of increase, even higher than the accumulated profit in the first 6 months of the year, showed that the growth in the third quarter exceeded the peak.

In the group of small-sized banks, the increase margin was more impressive, partly due to the low base level of the previous year. National People’s Bank (NCB) and Kien Long Bank (KienLongBank) both recorded the growth rate in 9 months.

In which, NCB’s profit from the beginning of the year reached more than 200 billion dong, more than 7 times higher than the same period last year. Particularly in the third quarter, this bank reported a profit of nearly 80 billion dong, 16 times higher than the third quarter of 2020. Contributing to NCB’s impressive growth is mainly the low profit base of previous years.

In the first 9 months of the year, net interest income, the main “rice cooker” of the bank, increased by more than 30%, helping net profit from business reach more than VND 530 billion, up nearly 45%. The provision for handling under NCB’s restructuring project decreased sharply. In the third quarter, it was no longer recorded, but the cost of risk provisions increased accordingly. Total provision in 9 months reached more than 320 billion dong, unchanged from the same period last year.

For KienLongBank, for the first time, this bank recorded a profit of nearly trillion dong in the first three quarters of the year, 6 times higher than the same period last year.

In the first 9 months of the year, KienLongBank’s net interest collection from credit activities increased by more than 90% year-on-year to nearly VND1,520 billion, although the bank had almost no credit growth. Accordingly, the increase in net interest was due to an adjustment in the proportion of outstanding loans, an increase in construction loans and real estate loans.

Recently, this bank also changed a series of key positions. In which, Mr. Do Anh Tuan, Chairman of Sunshine Group was appointed to the position of Deputy General Director.

Previously, in the report in early October, Fiin Group made preliminary statistics on 9 banks listed on HoSE, HNX and registered for trading on UPCoM, banks’ profits are expected to decrease for the second consecutive quarter compared to adjacent quarter. And if compared to the same period, banks’ profits increased by nearly 11%, the growth rate has slowed down in the last two quarters.

Vietcombank and VietinBank, according to Fiin Group, will have profit growth of nearly 1% and 5% respectively compared to the previous quarter, mainly due to the low comparative background because these two banks have sharply increased provisioning expenses. risk in the second quarter.

Meanwhile, VIB is expected to experience a sharp drop in profit of nearly 40% compared to the second quarter, as its main business segments (including home loans, auto and insurance cross-selling) are negatively impacted by social distancing. associations in many big cities.