Many Asian economies are still outside the ‘inflation storm’ 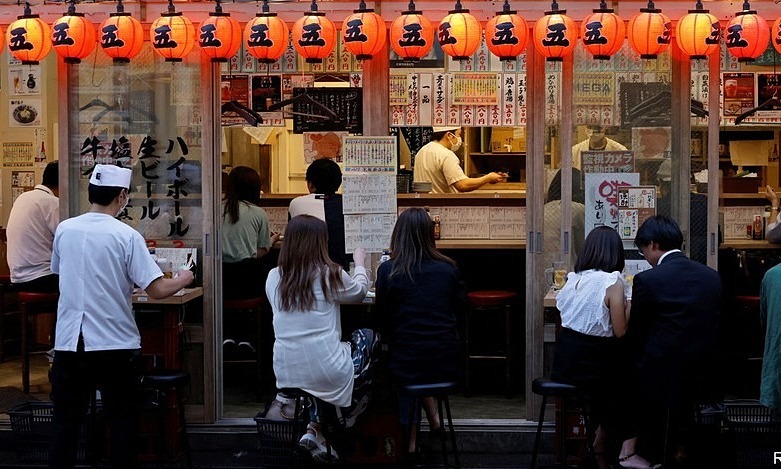 While the US and Europe were reeling from price storms, some economies such as Malaysia, Hong Kong, and Taiwan had relatively stable inflation.

As citizens resent the rising cost of living, policymakers point to rising prices as a global phenomenon. “Every country in the world is suffering some of the inflation,” US President Joe Biden said on June 10, after the US announced the highest May inflation in 40 years.

It is true that the cost of fuel, fertilizer, grain and other commodities is increasing everywhere after the Ukraine crisis broke out. However, not everywhere is inflation rising equally hot. Of 42 major economies, The Economist survey, 8 places still have inflation below 4%. Six of these eight economies are in East or Southeast Asia.

Part of the reason lies in the spread of two diseases. According to some estimates, African swine fever in 2018-2021 devastated the pig herd in China, causing about 200 million heads to be culled. Initially, the price of pork – the staple food in East Asia – rose sharply. But then the price dropped again.

In China, pork prices fell more than 21% in May 2022 year-on-year, helping to offset inflationary pressures from other factors in the consumer price index basket.

The second disease is Covid-19. Many parts of Asia have been more slowly and reluctantly moving to live with the epidemic than in the West. For example, Indonesia will not be quarantined until March 22 for international visitors.

In Malaysia, travel and movement only really returned to normal in early May. Meanwhile, Taiwan has remained cautious until now.

China continues to impose strict restrictions on the movement and gathering of people wherever the outbreak occurs. Recent blockades in Shanghai and elsewhere have hampered the economy’s ability to supply goods and consumers’ willingness to spend.

A double disruption to supply and demand could theoretically increase commodity prices. However, the damage to consumption is more severe and persistent. In May, the second month Shanghai was closed, retail sales fell nearly 10 percent year-on-year, despite a 0.7 percent increase in industrial production.

Restrictions on cross-border travel are also wreaking havoc on the economies of Hong Kong and Macau, which depend on visitors from the mainland to visit casinos. Macau’s GDP in the first three months of this year is less than half of the same period in 2019. Therefore, 1% inflation is not a miracle.

In the West, high inflation has forced many economic policymakers to intervene. For example, the US Federal Reserve (Fed) raised interest rates by 0.75 percentage points on June 15, faster than expected. The Fed’s rush to combat inflation is complicating the situation in East Asia.

In addition, Malaysia and Indonesia have also experimented with a less formal solution to cope with rising prices, which is to ban the export of certain items. Indonesia briefly banned the sale of palm oil abroad, and Malaysia kept its ban on raw chicken exports.

Their purpose is to reserve domestic supplies for their own people. However, these policies could backfire if falling prices cause local farmers to cut production. Such bans also exacerbated inflation elsewhere in the region. For example, Singapore is dependent on poultry imports from Malaysia.

One exception to the trend of monetary tightening is Japan. At its meeting on June 17, the Bank of Japan reiterated its commitment to buy as many 10-year government bonds as needed, to keep yields below 0.25%. They are determined to stick to this ceiling, even as comparable yields in the US have surged to more than 3.2%. Yield differentials contributed to the yen’s plunge. The currency has fallen to its lowest level against the USD since 1998.

A weak yen will push up import prices, contributing to inflation in Japan. If higher inflation persists, people will expect wage increases. By then, rising wages will push prices up, causing an inflationary spiral to emerge.

In many parts of Asia, the inflationary spiral is worrisome. But in Japan, that’s what policymakers have long sought. After years of weak demand and falling prices, inflation has become dangerously low, making it difficult for the Bank of Japan (BOJ) to revive the economy during a recession.

Like other countries, Japan has a bit of inflation. But the BOJ wants more than that.

Session An (According to The Economist)