‘Love the sunny day’: Married women also suffer, but without a husband, they suffer even more 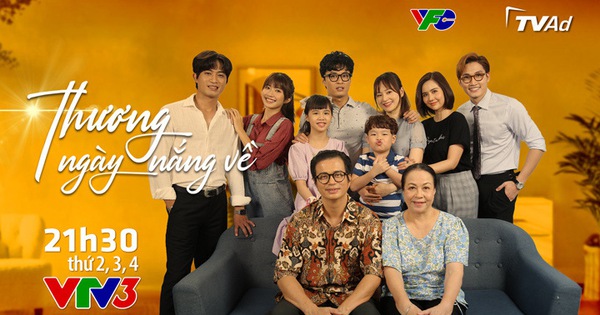 Life is still difficult and many family burdens prevent them from having their own happiness. However, they all have in common that they love their children wholeheartedly.

‘Mom let me eat pho, will you leave me’

Going back to the past, the film begins with the story of Mrs. Nga’s youth with a small happy home with her husband and daughter Van Khanh. However, the relationship between her and her mother-in-law was not very good. The mother-in-law prevented her son from marrying Nga, but both of them did not listen. Now they are living with their shoulders and shoulders, their debts are piled up on the side of the vermicelli.

The mother-in-law always criticized her daughter-in-law, bringing up the story that Nga’s younger brother was abandoned by his wife in the middle of the wedding night and said that Mrs. Nga’s house “dipped from the roof”. The mother-in-law said that Nga had to teach her daughter from a young age so as not to be like her mother. Contrary to her mother’s forbearance, Khanh spoke up to defend Mrs. Nga and was not afraid to fight her grandmother.

Yen is a close sister in the same village as Mrs. Nga. Yen has a very difficult life with baby Hoa, mother and daughter raise each other by themselves. Yen had an affair with a man but did not know that this man was married. She has a reputation as a destroyer of other people’s families, having to live in hiding and then move to another village to live.

In the latest episode, when the family was forced to debt, because of the forced situation, Yen left the child with Mrs. Nga and then followed someone else. The excerpt from Hoa chasing her mother in the rain attracted nearly a million views on Facebook. Many viewers after watching couldn’t hold back their tears: “Today, when I watched episode two, I cried for a long time, especially when I heard the phrase ‘Mom let me eat pho and then I’ll leave you’.

The charm of Thuong on sunny days in the first episodes is thanks to the acting of the young child actors. Chu Diep Anh is the famous child star of Ha Thanh. She has been active in the arts since an early age as a child actress and model. Before that, Diep Anh made an impression when he played in the opposite direction of tears or the role of Cami in Sunflower against the sun.

In Thuong on a sunny day, Diep Anh played the role of Van Trang in childhood, later played by Huyen Lizzie. The role of the girl who had an unhappy childhood, grew up in humiliation, was abandoned by her biological mother, took away many tears from the audience.

‘The childhood segments also bring the audience to once again meet the smart Bong of Rose on the left breast.

As a child star with a lot of acting experience, in the new film, Hong Nhung takes on the role of the eldest sister Van Khanh – Nga’s biological child – in childhood.

Van Khanh has both proved to be a clever little girl who knows how to protect her mother when she is scolded by her grandmother, and has the typical selfish traits of a little girl who is afraid to share her parents’ love.

In Thuong on a sunny day in episode 3, the audience witnessed Van Khanh’s “rebellion” when she ran away from home and her confrontational attitude with Hoa. Khanh was angry because there was a “rival” in the house who shared the love of his parents, so he pushed Hoa and kicked her out.

However, in the trailers of the upcoming episodes, it seems that Hoa has gradually “touched” Van Khanh and the two become close family sisters. The beautiful and touching moments of the past will gradually close, opening the future with the unexpected changes of the main characters in the coming episodes. 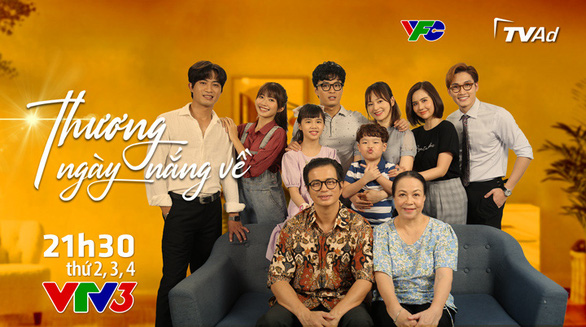 The next episodes of Thuong on a sunny day will be broadcast at 9:30 PM from Monday to Wednesday every week on VTV3.