Lessons for investors from the stock market ‘Covid year’ 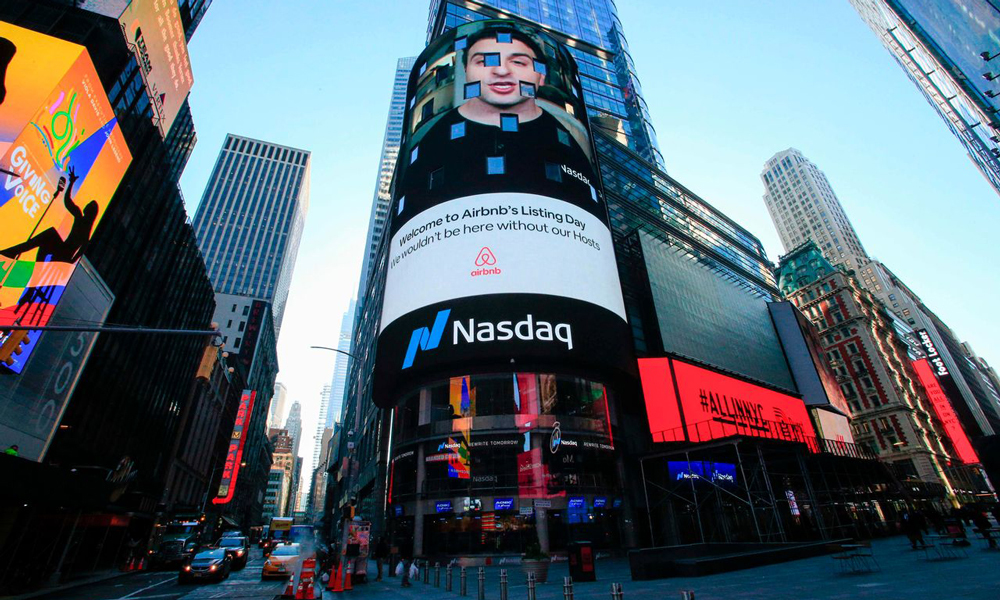 During the terrible sell-off in March 2020 because of the pandemic, few would have thought that it would be a successful year for the US stock market.

The US stock market on December 31, 2020 simultaneously increased points and broke historic peaks. The Dow Jones industrial average increased 197 points, or 0.7%, ending 2020 at the historic peak of 30,606 points. The S&P 500 Index hit a new peak of 3,756 points, up 16% from the beginning of the year. If compared with the bottom established on March 23, this index increased by nearly 70%.

The initial public offering (IPO) is also in full swing. Just a few weeks ago, Airbnb had such a great stock market launch that its chief executive was speechless when he appeared on television.

This is something that can be easily visualized in a period of economic development. But the reality is that stock market euphoria takes place again in 2020 – a year when a catastrophic pandemic takes the lives of more than a million people, slows down business, tourism and devastates. global economy.

Although there are many reasons for the excitement of the market, many of which have come from the intervention of the US Federal Reserve, but the astounding recovery of the market remains confusing for many investors.

“The path we have taken so far is something we never expected,” said Ralph Bassett, Head of North American Securities at Aberdeen Standard Investments.

And here are the lessons investors say they learned from an unforgettable year.

The stock market does not perfectly reflect the economy

When a series of stocks bottomed out on March 23 and then started to recover strongly, many observers were confused. The number of people infected with Covid-19 continued to rise, and restaurants, shops and theaters were in the dark. Millions of Americans have long queued outside job centers to apply for unemployment benefits.

How can the market bounce back when the world is gloomy?

The answer is that the stock market often begins to recover much earlier than the economy. Seen from the previous financial crisis, US stocks have strongly recovered since March 9, 2009. However, it took seven years from that point that the unemployment rate fell below pre-crisis levels.

Similarly, this time around, many investors do not expect the US to recover the labor market earlier than 2023. Andrew Slimmon, chief executive and portfolio manager at Morgan Stanley said: “Many says that the market is disconnected from reality, but the stock is pricing in terms of what happens in six months to a year. “

During the pandemic, investors began to bet on a stock market recovery, knowing that the economy would not boom again anytime soon, they assumed things would get better after that. And they were right. “It was only until the market rebounded strongly that people suddenly realized that the stock market is not wrong, I was wrong,” said Slimmon.

Don’t try to guess the market

With both the pandemic and the financial crisis, many people sell their stocks on bad news and wait for the economy to recover to return to the market. However, they may have missed out on the appreciation of most stocks. Those who do not invest in a few of the best days of the market can ignore the returns that will take a long time to achieve.

Assuming a person who invested $ 10,000 in an S&P 500 index fund in early 1980 but missed the best 5 days of the market through August 2020, would return a 38 percentage point lower return than a person. stay on investment throughout the period, according to an analysis by Fidelity Investments.

It is not a good idea to try to guess the market to buy or sell, and investors should have a long-term view instead.

Forecasts are only predictions

At this time last year, top Wall Street strategists identified the biggest risk to the market as growing trade tensions between the US and China. However, this risk was quickly replaced by concerns about the pandemic and the ensuing economic recession.

Leading experts have predicted the S&P 500 will rise very modestly. By March 2020, analysts at BMO Capital Markets and Oppenheimer Asset Management said that year-end targets are stopped because it is difficult to predict the market path. Many other investors lower their targets after the spring sell-off, but then increase expectations after stocks rallied over the summer.

Goldman Sachs Group in March reduced its S&P target by the end of the year to 3,000, then in August increased the target to 3,600 and forecast in November is 3,700. This index closed the year at 3,756 points.

The myriad examples of misleading and inaccurate predictions suggest a lot of humility is needed to learn from the market. Even the smartest investors and strategists are wrong.

“You always think about the market trend through the influence of typical variables such as macroeconomic policy, fiscal policy, global growth … but what has a great influence on is an invisible shock, “said Aberdeen’s Bassett.

Quynh Trang (according to WSJ)